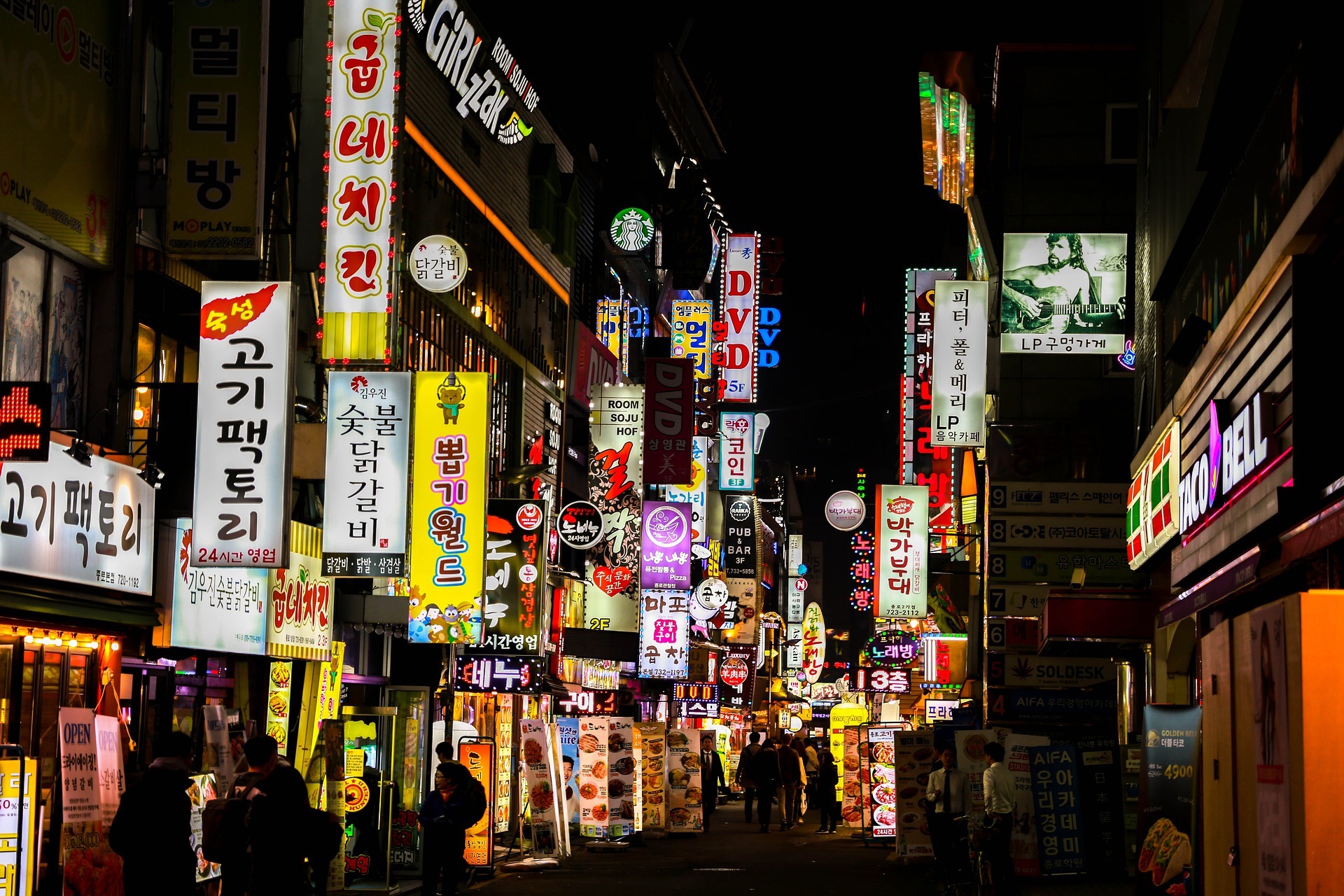 Riding the Hallyu wave in Seoul

If there ever was a pub quiz trivia question about when K-Pop ‘Gangnam Style’ sensation Psy dropped his follow-up single, ‘Daddy’, I will be standing on my table waving my beer mug gleefully because I know exactly when it happened.

I don’t know this nugget of information because I’m a Hallyu fangirl. Hallyu, a.k.a. the Korean wave — that fascination with Korean idol worship and the K-entertainment scene — has never been my thing. Give me some dry British comedies or groovy R&B jams any day. No, that annoyingly catchy song was burned into my subconscious on my last trip to Korea in December 2015, practically forming the soundtrack of any memory I have of my week in Seoul. That song was everywhere. And I mean everywhere. I heard ‘Daddy’ blasting in the cafés that I stepped into for a cuppa along the hip Samcheongdong stretch. The tune followed me and got stuck in my head while I was shopping for beauty supplies in the cramped lanes of Myeongdong. Even when I flipped on the TV in my hotel room looking to unwind after a long day of sightseeing, I saw Psy in his odd child and grandfather personas gyrating at me on screen, yelling about how he ‘got it from his Daddy’. Try as I might, there was no evading the onslaught of Psy’s newly launched single. At some point, I was able to immediately recognise the electronica opening bars of the song, but there was really nowhere to run because that song would catch up with me no matter where I went.

This is just a small sign of the massive push that South Korea’s government and entertainment industry puts behind its chosen stars. Global hit Psy is just some of the many Korean superstars who are being placed front and centre in Hallyu tourism, drawing eager fans willing to spend on their favourite Oppas and Nunas. Overwhelming global interest in K-pop, Korean dramas, and Korean actors has transformed Hallyu into a multi-billion dollar industry that drives the local economy and tourism.

It has even transformed the way Korea promotes itself. I found myself temporarily transported to Europe in Petite France, a French- and The Little Prince-themed park in Gyeonggi-do, just outside of Seoul, but more famous as the backdrop for My Love From The Star, a Korean drama involving Hallyu stars and aliens. When I visited a historic spot like Hwaseong Fortress in nearby Suwon, one of the main things that I found about it from online research and my local guide was that it was a major film location in period drama hit Dae Jang Geum. Its lead actress Lee Young Ae’s delicate features are also among the most requested by those who travel to Korea for a little nip and tuck. Korean beauty standards definitely have been impacted by Hallyu stars, whose physical appearances are as key to their success as their other artistic talents, and are quite open these days about how exactly they attained these features. Hallyu has become such a big part of Korean lifestyle today that to try to avoid it when visiting Korea is to deny yourself a true local experience. Thus began my reluctant foray into all things K-related, for the sake of research and an authentic experience of Korean culture, of course.

I did not have the chance to see any of these K-pop stars perform in person — live concert tickets are snapped up lightning-quick and involve some truly hardcore fan clubs, but I could pretend to be a groupie for a day by attending their hologram concerts at the K-Live theatre in Dongdaemun.

These hologram concerts are not your average slideshow projection — I watched Psy and his dancers prance around on stage to Gangnam Style barely 10 metres away from my seat, complete with out-of-this-world effects and even my own face superimposed onto computer-generated images of merrily gyrating dancers. The effect was pretty realistic — I was impressed, though more by the technical wizardry than being starstruck. For an even more up-close experience, I then swung by the Grevin Wax Museum in downtown Seoul. Wax figures of famous personalities throughout international history are on display, but what gives you another hint to the rising power of Hallyu is that you are greeted by the perfect waxy complexions of fan-favourite Korean actors Bae Yong Jun and Kwon Sang Woo smiling at you from the entrance hallway. I took numerous selfies with Hallyu entertainment stars like G Dragon from boy band Big Bang and the aforementioned Psy, interspersed among more familiar names like Madonna and Michael Jackson. While I think anyone with eyes would be able to see that I was cuddling with life-sized mannequins rather than with the real stars, it does make for some fun photo souvenirs.

But I was determined to have a true star encounter — the Korean entertainment industry churns out newcomers with a factory-like efficiency. I made a stop at MBC World, located in the swanky lobby space of the Munhwa Broadcasting Corporation (MBC) Studio on the outskirts of downtown Seoul’s Digital Media City. MBC is responsible for some top variety and drama programmes that have become hits in countries as far away as Cambodia and Iran, and MBC World is a collection of interactive exhibits that lets you experience your favourite Hallyu hits in person. I could pretend to be a star by taking a trick photo of myself as the poster girl for Dae Jang Geum, or have a blushing G Dragon put his head in my lap at the Virtual Reality Photo Booth — a true fangirl could probably spend an entire day ’interacting’ with her favourite stars and have a star moment on mock studio sets.

I had amassed enough Hallyu experience by this time and as I was waiting around the lobby ready to leave, a mini entourage of well-dressed Koreans walked by me to grab a coffee at the nearby café, and in their wake, a small pack of squealing fans was starting to grow. The most popular was a skinny bespectacled man who waved at the crowd but declined selfie requests politely — apparently I was finally having a true Hallyu encounter but I had no idea who these people were! But pictures first, questions later. I found out later that I had the rare pleasure of running into one of the most popular TV hosts Yoo Jae Suk (of Running Man fame), who was filming weekly episodes for his other hit variety show, Infinite Challenge, in the studios on site. There were many, many jealous comments on my Facebook feed that day! 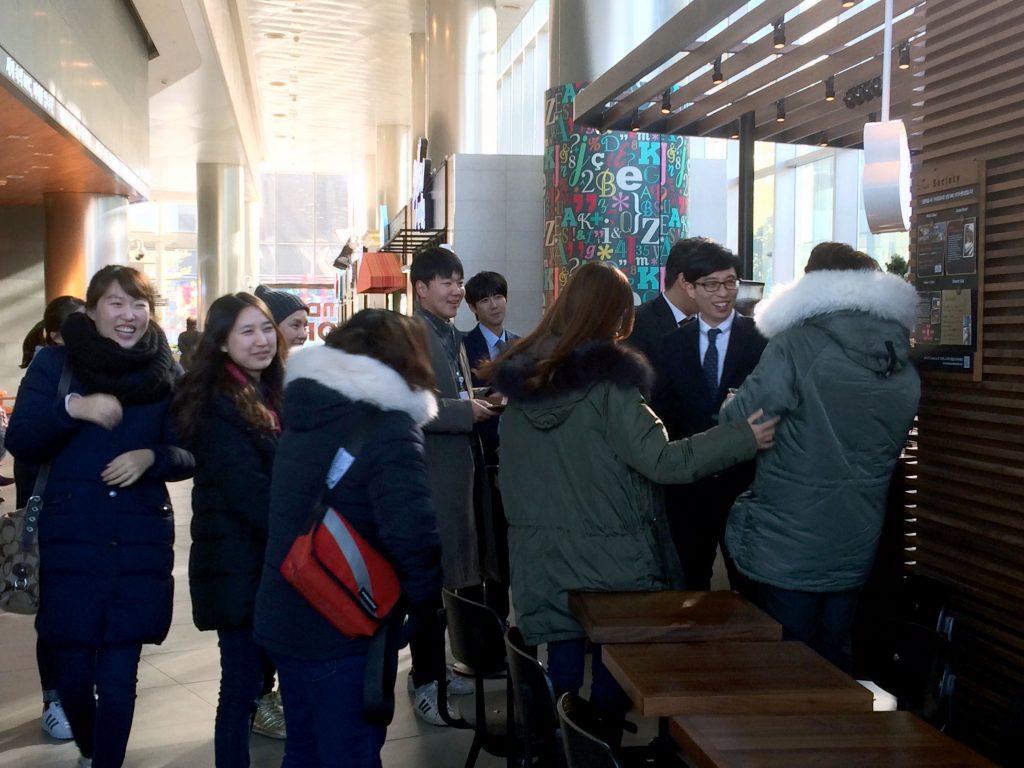 I returned from Seoul with a new earworm in my head, some knowledge of Hallyu stars, and a better appreciation for Korean pop culture — K-pop apparently puts me in a good writing zone, as I wrote most of this piece listening to the K-pop channel on Spotify. And for the record, yes, ‘Daddy’ did come on, and maybe I did a little jiggy to it while having good memories of my week in Seoul.