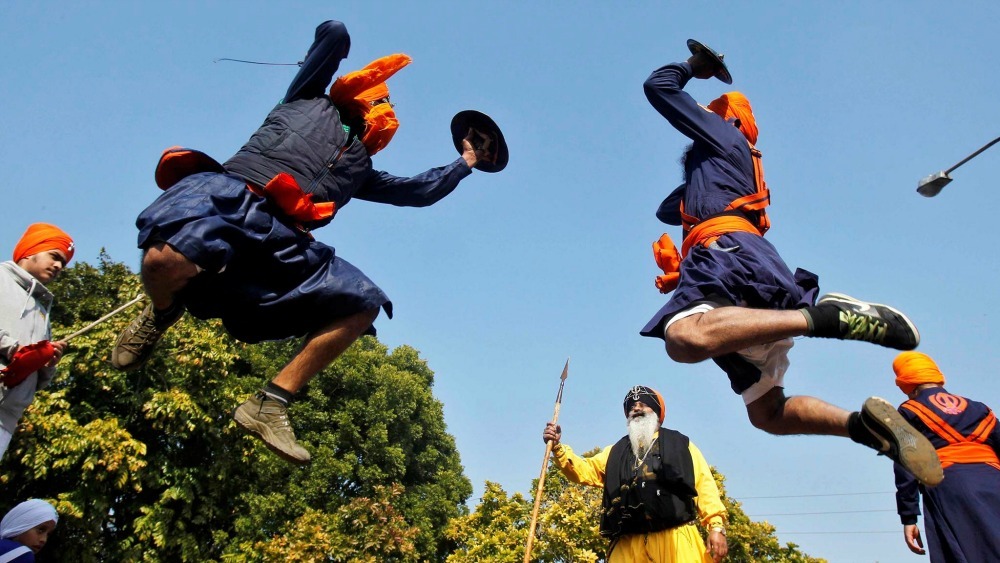 What to see and do in Amritsar beyond the Golden Temple

Amritsar, a city seeped in history, is most famously known as the site of the Golden Temple — but there is much more to explore than just the temple grounds. The golden city offers rich cultural heritage, awe-inspiring temples, scrumptious food, historical and beautiful lanes, local bazaars packed with souvenirs to pick from, and friendly locals.

(Of course, a visit to Harmandir Sahib, aka the Golden Temple, should still be on your list. This most sacred site for the Sikh community dates back to 1604, and the surrounding waters are said to have healing powers. In the massive kitchen of the temple, free food is served to some 100,000 people on a daily basis, making it one of the largest community kitchens in the world.)

Experience history at the Town Hall

The Amritsar Town Hall is a 19th-century mansion toward the north of the Golden Temple, and acts as a venue for art exhibitions. It was built by the British in 1866 — here you can learn about the tumultuos history of Punjab and Amritsar in particular, since the Partition of India.

Gurudwara Saragarhi was built to pay honour to the 21 soldiers of the 36th Sikh battalion who sacrificed their their lives while bravely fighting in the 1897 Battle of Saragarhi against the Pathans (one of the tribes of Afghanistan and Pakistan). The names of the 21 soldiers are displayed on the walls of the memorial.

See the spectacle of the border parade

Witness the military parade ceremony at the Wagah Border, where India borders Pakistan. Here, you will witness a patriotic show of strength in the beating retreat ceremony. There is a choreographed drill and the whole atmosphere is electric.

This street holds a startling slice of history; native Indians had to crawl their way along the 180-metre street on the orders of “the butcher,” British General Reginald Dyer. The horrors here and the related 1919 Amritsar Massacre laid the foundation for the freedom movement in Punjab, and the street became a symbol of the fight against repression.

Go souvenir-shopping at all the bazaars

Keen souvenir hunters should explore the local bazaars in Amritsar. Shop for Punjabi jootis (shoes) at Hall Bazaar and Guru Bazaar, both in a close proximity to The Golden Temple. You can find traditional jewellery and ornaments, as well as items related to worship ceremonies. Lahori Gate bazaar is known for its clothing, particularly for Pashmina shawls. Also, don’t forget to look for beautiful embroidered phulkari fabrics (traditional embroidery from Punjab).

With plenty of local foods to be tasted, Amritsar’s culinary scene is sure to spoil your taste buds forever. Visit Jalebi Wala Chowk for a meal — located in the heart of Amritsar, it is a gastronomic delight. The place is famous for the popular sweet jalebi (orange-coloured, deep-fried flour batter in pretzel shapes, which are then soaked in sugar syrup).

There are plenty of seasonal celebrations worth checking out in Amritsar. If you time your visit right, you could check out sword fighting, bhangra dancing, and guru tributes.

Baisakhi: The festival is probably the most-awaited and most-loved festival in the region. It is celebrated with a great deal of feasting, bhangra dancing (a traditional dance of Punjab), folk music and fairs. The area surrounding the Golden Temple becomes carnival-like. The festival is usually celebrated on the 13th or 14th of April every year, and marks the Sikh New Year.

Guru Purab: Guru Purab is a major festival of Punjab and the city of Amritsar celebrates the occasion with much energy and great enthusiasm. The festival is observed at two different times of the year: in the months of November and January. Sikhs gather at gurudwaras to remember and pay homage to their gurus. On this pious event, tribute is paid to the first Sikh guru, Guru Nanak Dev Ji, and the 10th guru, Guru Gobind Singh. On this day, prasad (food as a religious offering) and free lunch is offered to Sikh devotees.