Blog > Should you feel badly about taking a favela tour? 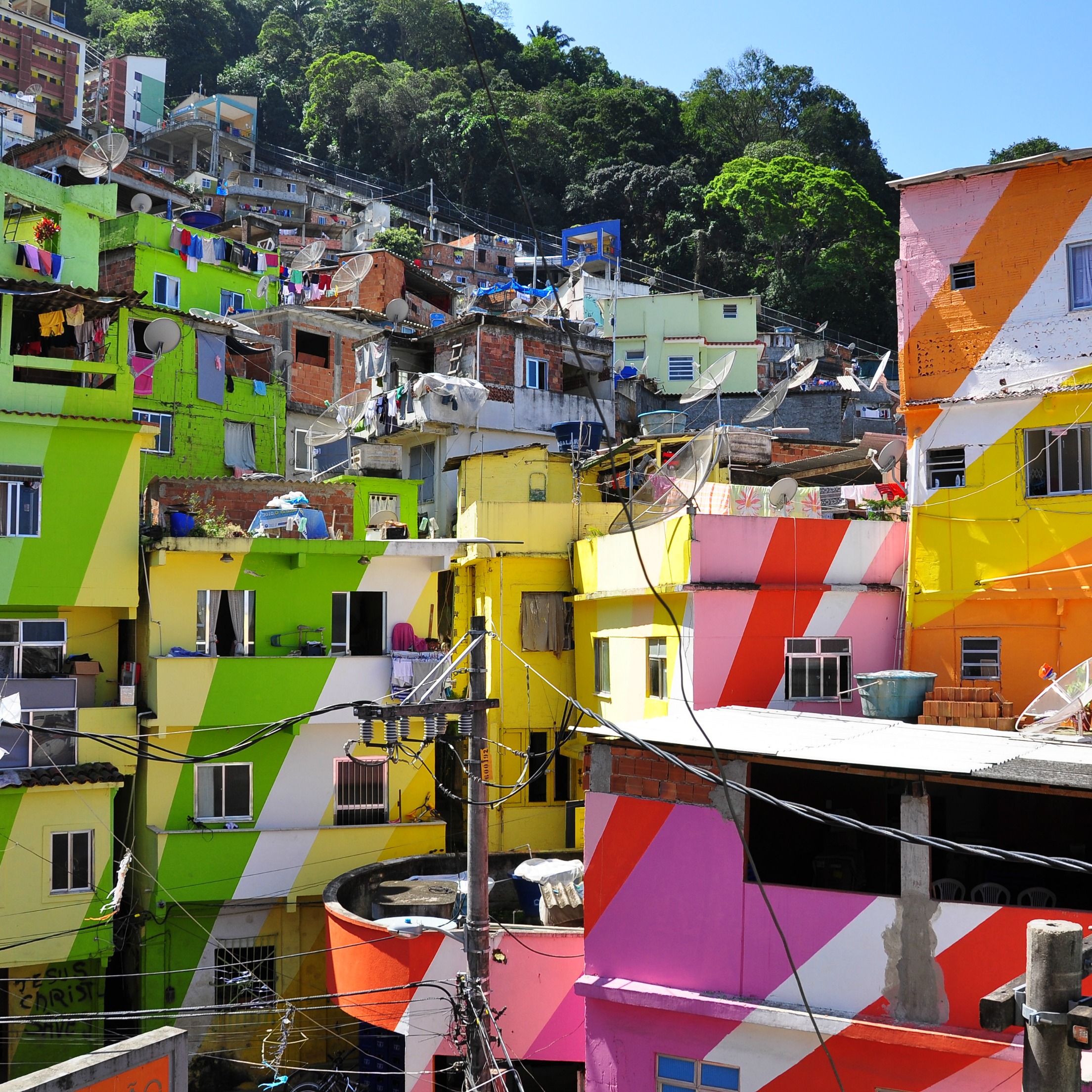 Should you feel badly about taking a favela tour?

Note that due to current government warnings from Australia, the UK and the USA, our favela tours are currently on hold. Our Rio tours are still available, but the routes and itineraries have been adjusted to accommodate these warnings and ensure traveller safety.

There are tours, and then there are tours. So-called “slum” tours (or, in Rio de Janeiro, favela tours) are a constant topic of debate in the tourism industry. Should they exist? Can they be done ethically and with sensitivity? Or do they exploit rather than support?

There are two ways to view the slum tour industry: one, as a chance to see, the other as a chance to understand. The difference lies in how the tour is promoted and conducted (and how it’s presented — can we just do away with the term “slum tours” and just call them “neighbourhood tours”?). A tour that just lets you see treats the community as an exhibit on display, something for you to snap photos of behind the window of a car. A tour that helps you to understand takes you into the community, to engage with locals and learn about the living, breathing people who call it home.

We asked Luiz Renato Malcher of Rio de Janeiro Urban Adventures to explain why and how he takes travellers into the favelas — and how to ensure you’re taking an ethical tour:

“The favelas in Rio are famous worldwide — daily news stories about the drug wars involving the local cartels, and popular movies like City of God, The Elite Troop, and the like have set the tone for these communities’ global image. Even Michael Jackson visited one of them to film the video for his song They Don’t Care About Us in 1996 — a telling title for these struggling neighbourhoods. But there’s also news that the current safety program has turned them into safer areas, controlled by the state and more suitable for tourism as the Olympic Games approach in 2016.

“There’s a reason the favelas are concentrated on the hillsides with the best views in town. Back when Rio de Janeiro was first stretching from the downtown area towards the southern side (where we find Copacabana, Ipanema, and Leblon beaches today), the wealthy community was picking the oceanfront lands — while the workers of the construction sites started building their houses on the closest available spot: on the hills nearby. Brazil law guarantees ownership of the land for those who squatted back then, meaning the government can only move people away if there is a potential hazard such as landslides. 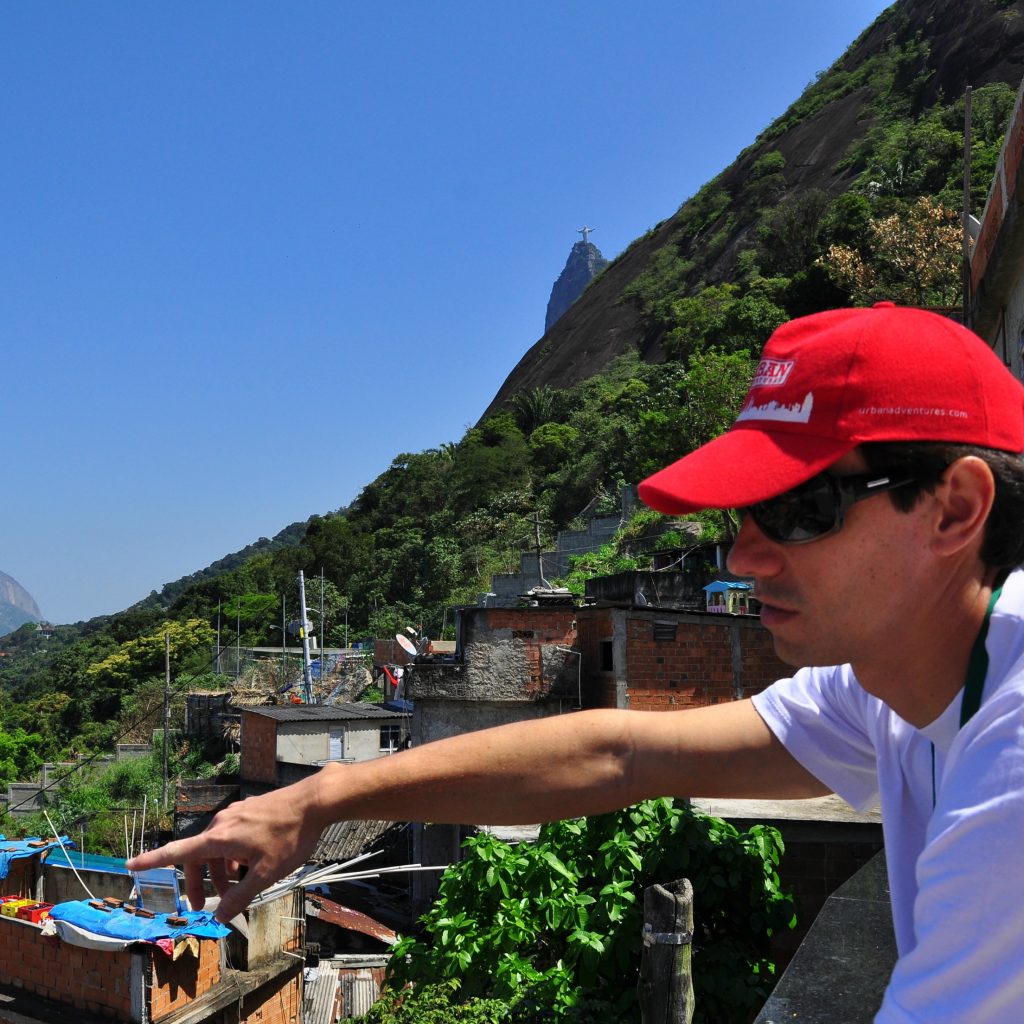 “The fact is that the favelas are part of every single neighbourhood of Rio. What people in general don’t know is the fact that these areas are populated by real people, hard workers — not criminals (even before, under cartel rule), who keep the city running on a daily basis. Almost one in four people in Rio still live in a favela. And they cannot (they shouldn’t!) be taken for granted. Moreover, the favelas play an important role culturally, socially, and politically. Who hasn’t seen the Carnival parades in the Sambadrome (at least on TV)? Who hasn’t heard of Samba, Feijoada, and Capoeira? All these cultural gems are linked to the favelas and the soul of Rio.

“Tours to the favelas can immerse tourists into this complex system, bringing up the context of the residents’ lives, history, and engagement with the city — at least, they should. It’s not a safari to be promoted. It’s not a zoo. It’s real life and real people. 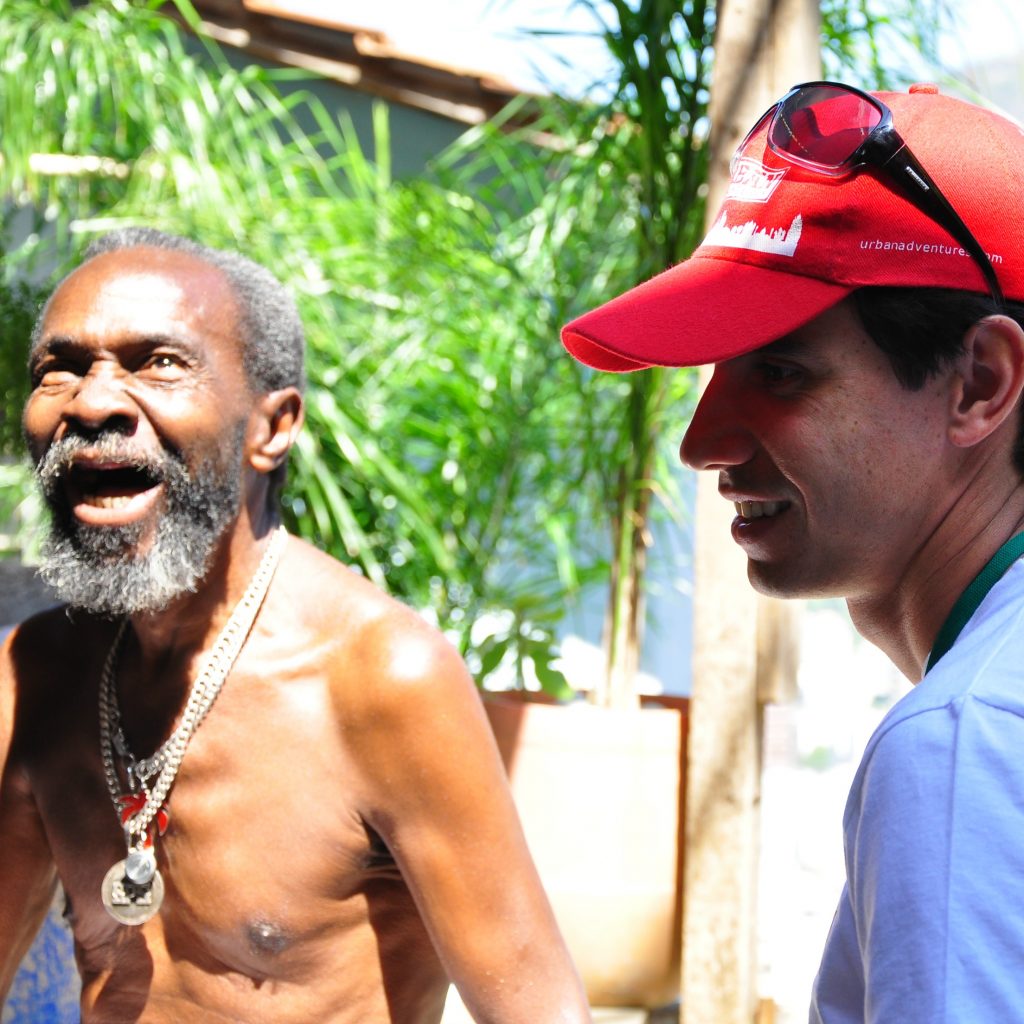 “If you’re picking a tour to the favelas, you should consider what kind of approach the company has to the local community. I prefer walking tours, as engagement is key to the experience. Some operators will offer special rides that only pass through the area. Skip them! Again, favela tours are not a safari. If you are driven through in a jeep, forget it. Ideally, the tour should be run by a local guide who enriches the tour with local facts and history, while also protecting its culture and people from external interference. A good tour will bust the myths and preconceptions about these communities and explain to you why a favela tour experience is worthy of your time and the locals’ time.

“On our Urban Adventures favela tour, we implement a few rules to be followed during the visit:

“The guidance in the favela itself is very important to the tour’s overall operation. Urban Adventures, in partnership with the local community in Santa Marta Favela, collaborates with local guides. On every favela tour we do, there is a local guide from the favela along with an Urban Adventures guide. This way, travellers can have their questions answered by a local person who has lived in the community for a long time, and, at the same time, we are promoting jobs, local businesses, and the local economy.

“But we do not make up the community nor intend to be the solution for the social problems that exist there. A good favela tour will contextualise the favelas in a way that people can come to understand its cultural, historical, and socio-political aspects.”

What lockdown has been like in Havana
Where to watch football in Vienna
A Simple Guide to Thai Temple Etiquette
Lonely Planet Best in Travel 2020: What not to miss according to locals
The 10 Most Romantic Tours in North America