Blog > Spotted in Melbourne: Things that go bump in the street 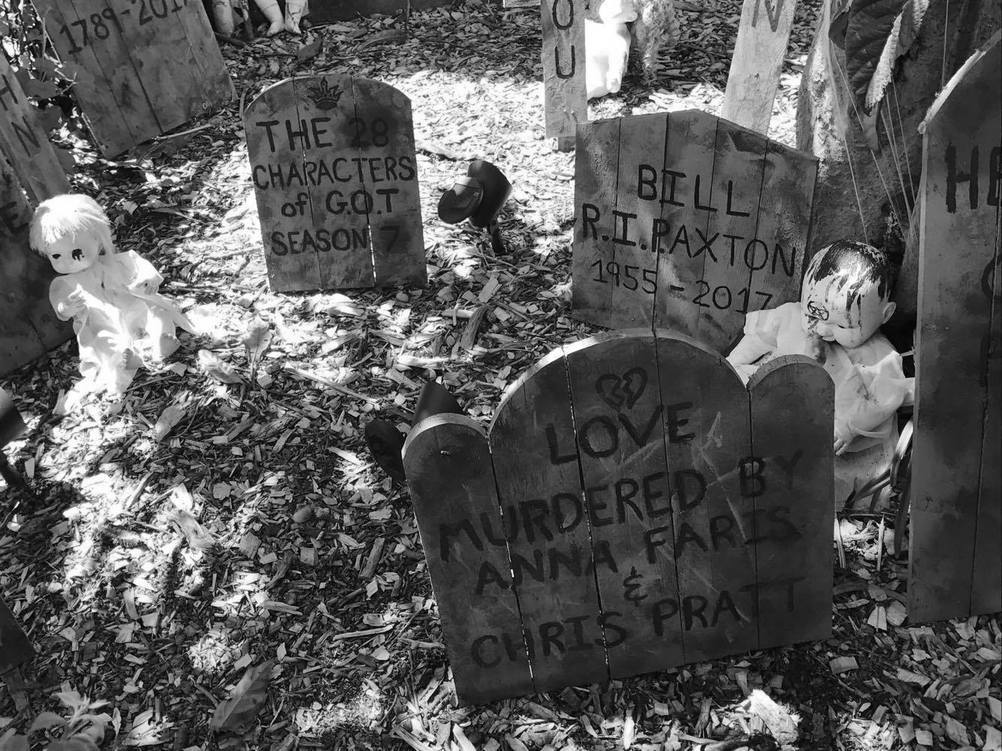 Spotted in Melbourne: Things that go bump in the street

Melburnians love to dress up. And here in my eclectic hometown of Fitzroy, one home has gone a step further, in true Halloween style, and temporarily converted their front garden into a spooky graveyard of death complete with spiders, creepy dolls and the body of a woman levitating in the window. But the difference from your standard faux haunted house? It’s entirely celebrity-themed.

As you stroll past the Brunswick Street cottage, the first thing you notice are cobwebs draped among the trees beyond a small picket fence. Eerie music plays from the headstones that are scattered in the yard. All of it is paying homage to those we have lost this year.

Playboys, actors, musicians, hollywood relationships, American Presidency and the 28 characters of Game of Thrones Season 7 are all commemorated in sassy, satirical style.

It’s no surprise a place like this has popped up in Fitzroy. This is an area full of artsy people who aren’t afraid to toss around some social commentary — the residents even have the apt nickname of ‘Fitzroyalty.’

So if you’re a taphophile (that’s a fancy word for cemetary enthusiast or, as some like to say, ‘tombstone tourist’), then head to Brunswick Street on the Funky Fitzroy Cocktail Tour with your very own local guide — and if you go this week, maybe you’ll see a few things that go bump in the street.