Blog > Messy, tasty rolls are why you need to eat at this Hoi An joint 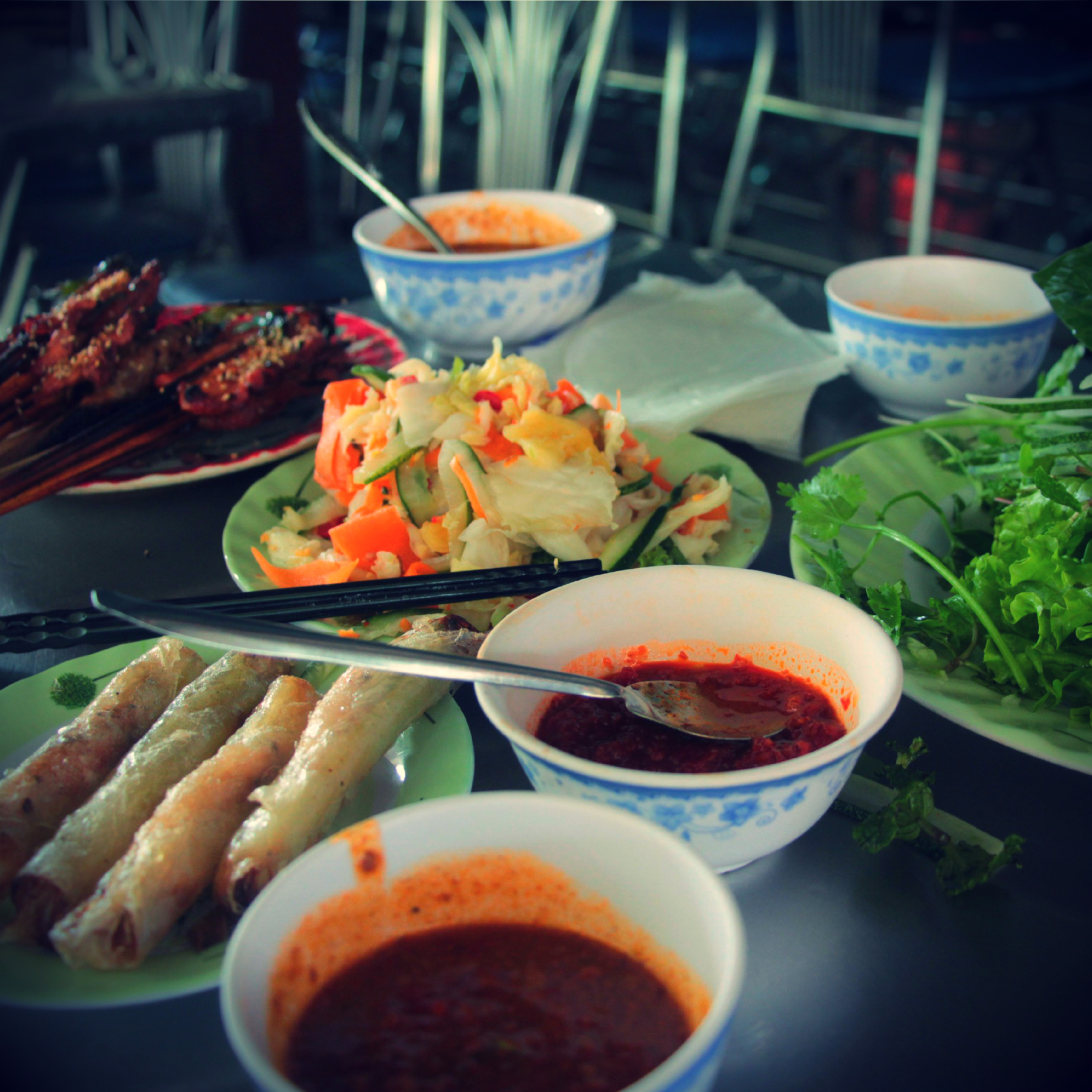 Messy, tasty rolls are why you need to eat at this Hoi An joint

You’ll smell it before you see it. That’s how you know you’ve found Bale Well, a tiny open-air restaurant in one of Hoi An’s back alleys.

As arguably the most touristy town in Vietnam, Hoi An has a lot of fantastic restaurants, catering to visitors seeking air conditioned fine dining. I appreciate a gourmet meal as much as the next person, but my search for Bale Well was because I wanted something a little less polished.

It’s admittedly not a secret place. Yes, Bale Well does appear in the guidebooks and Google searches, but it’s also just slightly off the main tourist streets of Hoi An’s old city — hidden enough to attract locals and tourists in the know.

My travel mate and I ordered up the only dish we could: barbecued pork, cooked on a smoking outdoor grill a few feet away (and the source of the delicious aroma that had guided us). There’s no real menu at Bale Well, just a set offering of fixings to make the tastiest rolls I’ve ever experienced. Ask for the set dish and you’ll get a buffet of pork, rice paper wrappers, rice pancakes (called bánh xèo, and considered to be one of the iconic Hoi An street foods), a basket of fresh herbs (coriander, mint, Asian basil), and dipping sauce.

Securing all the items into a tight roll takes some practice (I never quite mastered it), but even if your roll ends up falling apart while juice drips down your arms, it’s still a totally delicious experience. The pork is smoky, the herbs crunchy, the pancake crispy, and the sauce a perfect mix of sweet and spicy.

The best part is that lunch at Bale Well feels far more authentic — not to mention much cheaper — than at the touristy restaurants along the river. Even the name is a homage to traditional Vietnamese street food. “Bale Well” also refers to an ancient well that dates back to the 10th century Cham dynasty and is part of culinary legend; it’s said that the well was the traditional water source for the Hoi An specialty of cao lau, a thick noodle soup of pork or seafood. But that’s another food story for another day… The official address for Bale Well is 45/51 Trần Hưng Đạo, but finding it can be a bit of a challenge (although some say that’s part of the fun). It’s tucked down an alleyway between Trần Hưng Đạo and Phan Châu Trinh. Just follow your nose.

Want to discover more hidden gems in Hoi An? We’ve got you covered!