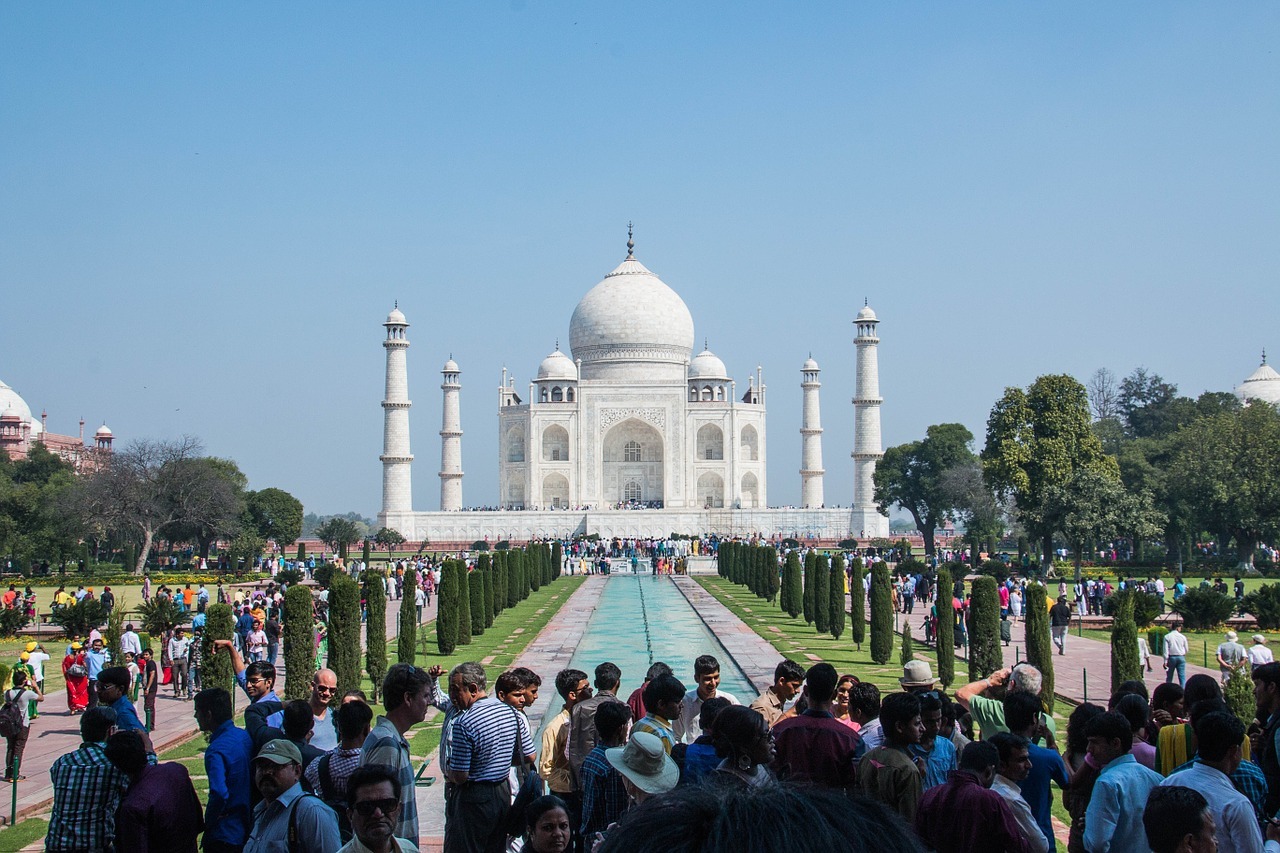 The complete guide to: Agra travel

The third apex of iconic Golden Triangle travel loop, along with Delhi and Jaipur, Agra is a must-see stop in India. Home to that jaw-dropping mausoleum of white marble, the Taj Mahal, Agra is no one-trick pony. Many people come in on a day trip from Delhi, but if you can, stick around for a while. Come for the utterly magnificent Taj, but stay for the many other worthwhile sights in and around the city. Here’s all you need to know for getting there, getting around, and what to do once you’ve landed.

Getting to and from DEL

Most people get to Agra by way of Delhi’s Indira Gandhi International Airport and then take a train to Agra. Once you arrive in Delhi, there is a metro service that runs from Indira Gandhi Airport to New Delhi Railway Station that departs every 20 minutes. From the railway station, taking the train to Agra is your best bet. There are several trains that run between New Delhi Railway Station to Agra Cantonment (Cantt) Train Station, including the 12002 New Delhi Bhopal Shatabdi Express, which takes around two hours to get to Agra.

The best way to get around Agra is by auto-rickshaw because they are plentiful. You’ll have to agree on a price before you get in, however (friendly) haggling is usually necessary. Expect to pay anywhere between INR 100 and 200. Depending on your budget, taxis are also an option for getting around the city, but are more expensive than autorickshaws.

Agra does have public transport, but it’s very limited and we don’t recommend it for tourists. If you do decide to take a city bus, the cost is about INR 20 and only cash is accepted.

It is generally safe to walk around Agra, but note that the major tourist sites are far from each other. Also note that when moving about the city, it is essential that you wear modest clothing; this means your shoulders and knees should be covered. Also watch your personal belongings, no matter whether you’re walking or in an autorickshaw.

Things to do in Agra

Since there’s really no way to have a list of things to do in Agra that doesn’t include the Taj Mahal, we’re starting with the Taj Mahal. You’ve read about it, you’ve seen photos, you’ve heard other people describe their experience of the awe-inspiring site, but if you’ve never been, it’s time to change that. Nothing can really be said about the massive mausoleum complex that hasn’t been said already, but suffice to say, prepare to be blown away by gleaming white marble and intricate architecture. The UNESCO World Heritage site took 20 years to build and stands as a dedication to the favourite wife of Mughal emperor Shah Jahan after she died giving birth to their 14th child. It’s best to go in the morning when crowds are thinner, but expect gobs of people no matter when you go. Don’t let that deter you though; you’ll be too busy being awed to care.

Also know as Moonlight Garden, Mehtab Bagh is one of the most scenic spots in Agra and can found directly across the river from the Taj Mahal. The location of the centuries-old garden complex affords amazing views of the Taj from almost every angle, so make sure you have your camera.

Another UNESCO World Heritage site (albeit a somewhat overshadowed one), Agra Fort is well worth a visit once you’ve made your way around the Taj Mahal. Located just northwest of the Taj, this is one of India’s most historic structures from the Mughal era. Agra Fort is actually about a century older than the Taj Mahal and makes for an interesting day of exploring. This place is well laid out but huge, so wear comfortable shoes.

Around 40 kilometres west of Agra you’ll find Fatehpur Sikri (meaning Cup of Victory), a fortified ancient city that’s well worth getting out of the city to see. The sprawling complex of monuments and temples was built in the second half of the 16th century and served as the capital of the Mughal Empire for 10 years. This is also where you’ll find one of the largest mosques in India, the Jama Masjid.

Shop and eat your way through one of Agra’s many markets and bazaars to pick up some souvenirs or simply soak up the atmosphere. Some of your best options include Raja Ki Mandi, Rawatpara Spice Market and Kinari Bazaar — a tangle of narrow stall-filled streets behind Jama Majid.

Looking for more things to do? Urban Adventures offers a day tour from Delhi to Agra, plus several other Delhi tours led by local experts who will give you a taste for local life:

Delhi to Agra Day Tour
Breathtaking views, nostalgic stories of chivalry and romance, and impressive architecture make up this full-day adventure to Agra! You’ll see iconic sites like the Taj Mahal and Agra Fort, and hear the stories and legends behind the lavish lives of the Mughal emperors.

Delhi Food Walk
Go beyond the cliched curry and try some authentic Indian bites on this Delhi tour. From homemade ice cream to fruit beer and dumplings, Delhi’s food scene is thriving and surprising.

Made In Delhi
Mingle with locals and store owners, try delicious street food and discover the best places to shop for exquisite fabrics, kurtis and souvenirs. This shopping mecca is jam-packed with emporiums, showrooms, handicrafts, museums, street food stalls and bars, all waiting to be discovered!

What’s on in Agra

If you’re in Agra in February, you must attend the Taj Mahotsav fair, when artisan and handicraft vendors from all over India come to display their goods. The cost is INR 20, and you can get information about it from the local tourism office.

From March through August, you can check out the show at the Kalakriti Cultural Convention Centre, which showcases the different cultural dance forms of India. The cost is INR 1,500.

Agra on the big screen

See Agra on the big screen by watching Jodha Akbar, a historical romance about a Mughal emperor and Rajput princess. Agra was the capital city of the Mughal Empire and still contains many Mughal-era buildings.

You can also watch Oscar-winning Slumdog Millionaire — the famous film about an Indian boy’s survival in the slums… as told through flashbacks when he appears on India’s version of Who Wants to Be a Millionaire? Although the setting was primarily Mumbai, the lead character briefly works as a tour guide at the Taj Mahal.

Get ready for a trip to Agra by getting your hands on some traditional Sufi music, which you can listen to here.

Read up on Agra before you go by picking up a copy of Taj Mahal: Passion and Genius at the Heart of Moghul Empire by Diana Preston. This book gives you insight into the history and making of the magnificent Taj Mahal.