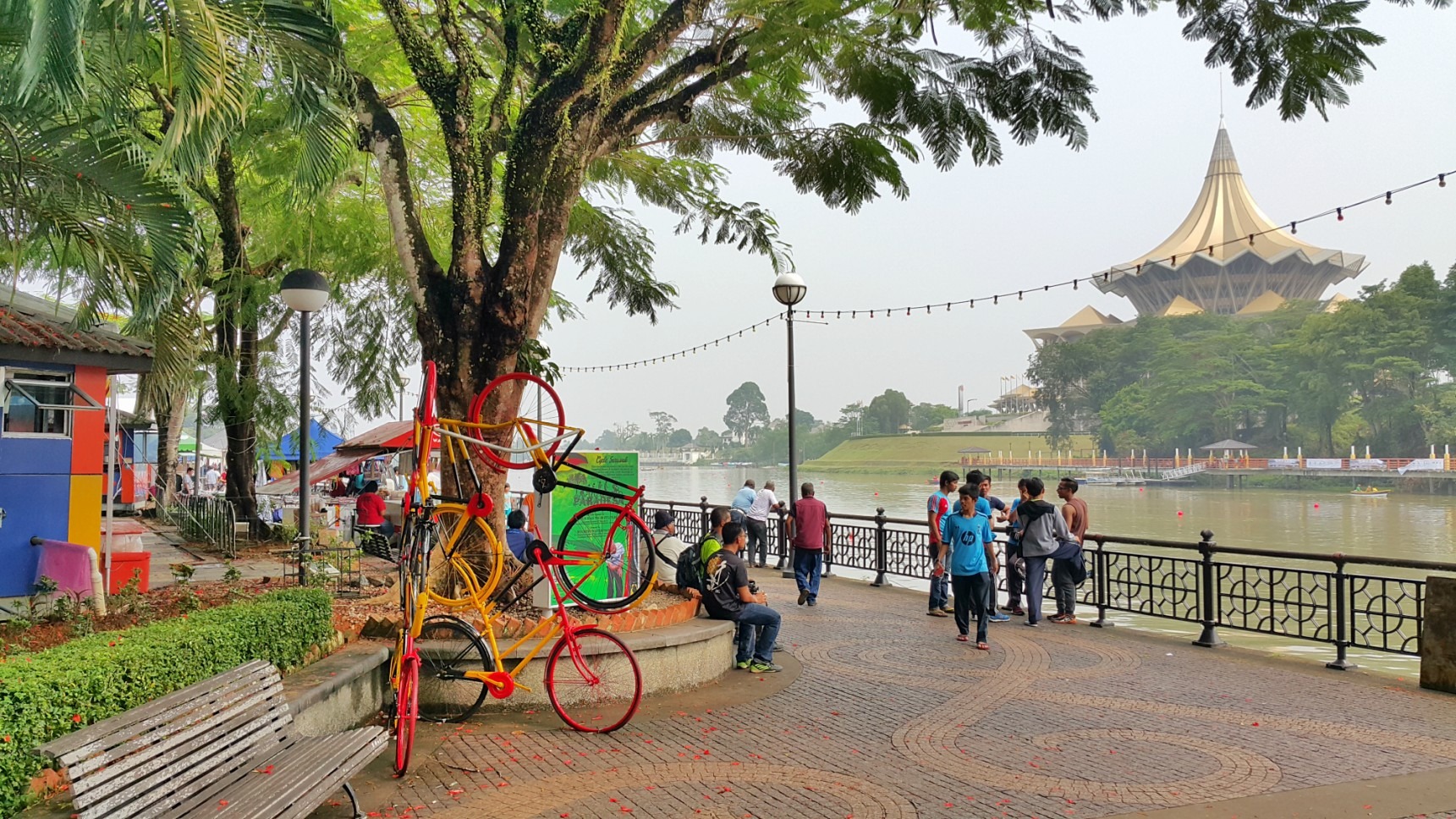 The complete guide to: Kuching travel

Kuching is the capital of the Malaysian Borneo state of Sarawak and your gateway to Borneo. But don’t just use it as a jumping-off point to wilder pastures. Kuching is a pleasant, compact city that makes it easy to explore on foot — and there’s much more to explore here than you might think at first glance. From the picturesque waterfront and wallet-friendly street food, to close proximity to excellent wildlife viewing, a visit to Kuching likely won’t disappoint. Here’s how to make the most of your trip.

Getting to and from KCH

The taxi is your best bet for getting to and from the airport, which lies about 10 kilometres outside the city centre. Airport taxi coupon counters can be found at the arrivals level, and one-way taxi fares from the airport are fixed at MYR 26 (MYR 39 for late-night arrivals). You can purchase a coupon at the taxi counter and proceed to the taxi stand outside the terminal.

Kuching is a very walkable city and the centre is quite compact, making it possible to walk (or bike) almost everywhere. For visiting attractions outside the city centre, or when you just need a break, taxis are a decent option.

Things to do in Kuching

Checking out the orangutans | Photo via Pixabay

Semenggoh Wildlife Centre is located just outside of Kuching (accessible by Sarawak Transport Company Bus No.6 or taxi). This is one of the best places in the world to see orangutans in their natural rainforest habitat and well worth a day trip outside the city. There are nearly 30 orangutans here and there’s a good chance of seeing quite a few during daily feedings in the rainforest. You may also see the fascinating creatures swinging above you or ambling about. For safety reasons, it’s important to stay at least five metres from the orangutans.

Kuching’s scenic waterfront promenade lines along the south bank of Sarawak River and makes for a relaxing walk day or night. This is a popular meeting spot among locals and the nearly kilometre-long esplanade is home to wooden benches, vendors, food stalls, restaurants and cafés. The waterfront gets livelier at night and makes for a great spot to watch the sun go down over the river.

Sunset on the waterfront | Photo via Pixabay

Adjacent the waterfront, the Main Bazaar is the oldest street in the city and where you can see some examples of Chinese shophouse architecture and heritage buildings. The area is also home to several coffee shops and galleries, and offers the chance to do some browsing for souvenirs.

Anyone who likes cats will have fun locating (and taking selfies) with the many cat statues in the city. Kuching means “cat” in Malay, and in addition to felines statues, there’s also the cute, kitschy Cat Museum to explore. The museum is devoted to all things feline, from photos and even more statues, to art and exhibits showcasing the history of cats in Southeast Asia.

Depending on how long you’ll be staying in Kuching, a two or three-night excursion to Bako National Park is highly recommended for jungle hikes. There are numerous well-marked trails here and you’re almost guaranteed to see a variety of wildlife including the rare proboscis monkeys (found only in Borneo), long-tailed macaque monkeys, silver leaf monkeys, wild boars, squirrels and monitor lizards. The park is also home to white sand beaches for breaks in between hikes.

What’s on in Kuching

The Sarawak International Dragon Boat Regatta is a free event every November, featuring participants from neighbouring Indonesia and Brunei and teams from villages around Sarawak.

Music lovers should check out the Rainforest World Music Festival, which happens in July and has been named one of the top 25 music festivals in the world by Songlines magazine. It costs MYR 300 for a three-day pass.

You can also learn more about Kuching before you go (and make plans for things to do) by taking a look at the extensive information on the Sarawak Tourism site.

Kuching on the big screen

Get a brief taste for Kuching by watching some short videos that provide a look at some of the city’s highlights here and here.