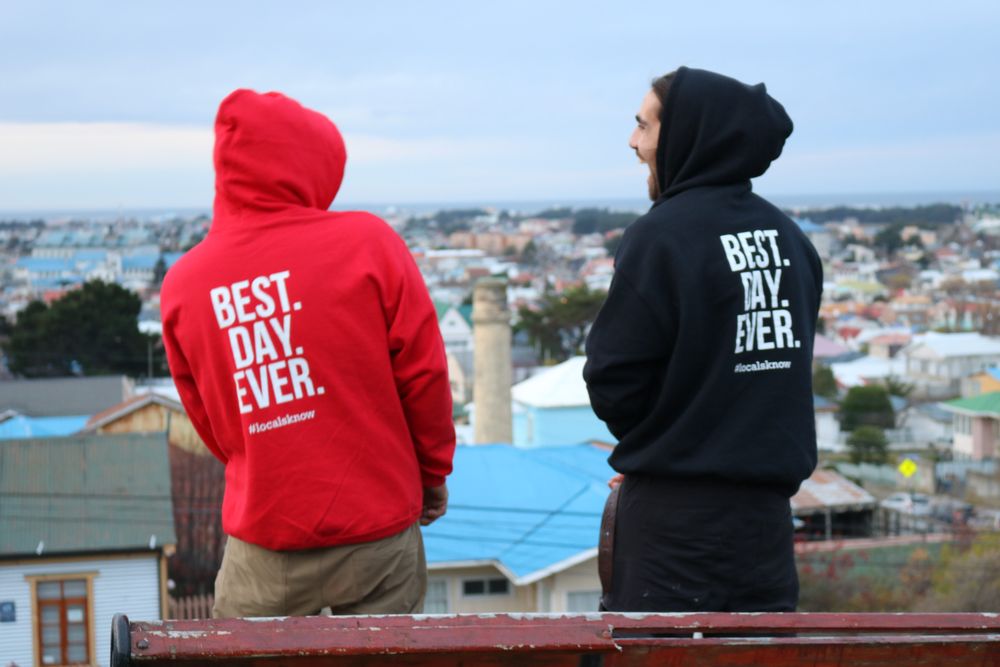 This small but vibrant city is the most southerly in Chile and sits facing the Straits of Magellan. Punta Arenas is known as the gateway to Antarctica, and makes for the ultimate jumping off point for exploring the epic natural surroundings. But before you go further afield, take some time to get to know this welcoming city filled with great food, friendly locals, fun festivals and worthwhile sights and activities. To help you plan your adventure, local Punta Arenas tour guides have shared their best tips for making the most of your visit.

Getting to and from PUQ

Your best bet for getting to and from the airport in Punta Arenas is taking a taxi, which should take 30 minutes or less and cost between CLP 7,000 and 14,000 depending on where you’re going. However, note that there are often not enough available taxis when flights land, so you may want to arrange for a radiotaxi ahead of time. Since most taxi call centres and drivers don’t speak English in Punta Arenas, it’s ideal if you can make arrangements ahead of time with your travel agent or hotel receptionist if you’re flying from Santiago. Just give them your flight information and they’ll pick you up directly.

There are also van services that will cost between CLP 5,000 and 7,000, and Uber is readily available — and convenient if you don’t speak Spanish or are arriving very early in the morning.

Getting around Punta Arenas

Downtown Punta Arenas is safe and compact enough to explore on foot, but if you need a break from walking, taxis are plentiful and you can usually hail one off the street. Many taxis can be found around the Plaza de Armas (the city’s main square). Taxis are safe and metered, and usually won’t cost more than CLP 6,000.

There are also two public transport options: buses and collective taxis. The bus schedules can be tracked with the Moovit app. For the collective taxis, expect to pay between CLP 350 and 500 depending on the length of the trip. Just make sure you have local currency to pay the driver and avoid using large bills.

Keep in mind that Punta Arenas has an unpredictable climate, and it’s often very cold and windy. You may want to rely on taxis or Uber rather than waiting at the stops for public transit!

Things to do in Punta Arenas

The Winter Carnival of Punta Arenas takes place in July and the vibrant event takes over the centre of the city. Food, fun, parades and an epic fireworks display (to name a just a few facets) make up the free event that attracts both locals and visitors from nearby towns and cities. It’s amazing how the people dance and enjoy life outside of their houses. It doesn’t matter whether it’s raining, snowing or windy outside — the idea is to celebrate the winter.

There’s also the annual Folk Festival of Patagonia, featuring musical performances showcasing Latin folklore and rock. It’s a great way to share in authentic traditions with the local community, and to learn about the music and cultre of Patagonia. The regional government announces the date and programming one month before, and the three-day festival costs between CLP 7,000 and 15,000.

Take a walk along the city’s waterfront, stretching all the way from one end of town to another. This is a great way to really get a sense of just how far south Punta Arenas is — you might feel like you’re exploring the end of the Earth. In the distance you can see the Strait of Magellan and even the island of Tierra del Fuego.

By the water in Punta Arenas | Photo via Pixabay

Get your bearings in the city while also soaking up some incredible views with a trip to Mirador La Cruz Hill Viewpoint. Located about a 15-minute walk from the Plaza de Armas, the lookout gets you panoramic views of the city (bring your camera), the straight of Magellan and, off in the distance, Tierra del Fuego. While the viewpoint is worth visiting at any time of day, heading there just before sunset is particularly beautiful.

Start your exploration of the city at Plaza Muñoz Gamero. This scenic square marks the historic centre of Punta Arenas and makes a perfect place for some peaceful people-watching and for admiring the historic mansions surrounding the square. This is also where you’ll find a statue of the famous Portuguese explorer Ferdinand Magellan, who discovered of the Strait of Magellan. The square takes its name from the former city governor Benjamin Muñoz Gamero.

Visiting a cemetery might not be the first thing you think of when pondering what to see and do in a new city, but the Punta Arenas cemetery (also known as Cementerio Municipal Sara Braun) is a scenic place to explore and one of the major attractions in the city. In fact, it was named by CNN as one of the most beautiful cemeteries in the world.

Punta Arenas on the big screen

While there isn’t much on screen movie-wise depicting Punta Arenas, you can get a better feel for the region as a whole by watching this short tourism video showcasing Chilean Patagonia.

Get yourself ready for a trip to Chilean Patagonia by reading some books that highlight the region. Two of these include Travels in a Thin Country by Sara Wheeler and In Patagonia by Bruce Chatwin.