Blog > Things to do in: New York City 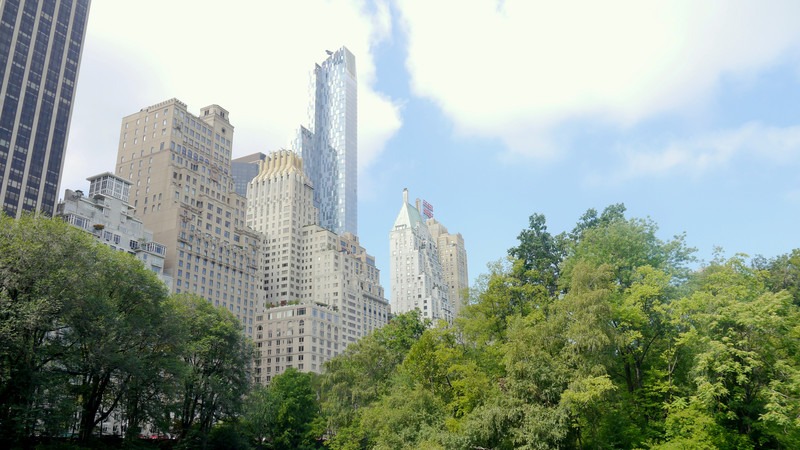 Things to do in: New York City

New York is the city that never sleeps — and when people come to visit, they sometimes don’t want to sleep for fear of missing out! There are so many things to do that the unlimited possibilities can become overwhelming, so our local NYC tour guides have selected their top five picks, avoiding the tourist traps like Broadway shows and Times Square. Here are some offbeat tips for things to do in New York, straight from the people who know the city best.

Learn about immigrant history at the Tenement Museum

The Lower East Side Tenement Museum is a National Historic Site that was home to an estimated 7,000 people from over 20 different nations between 1863 and 1935, and it happens to be our favourite museum in NYC (find out why on our Tenements, Tales and Tastes tour!). They’ve renovated the tenement building, and each of the apartments now has actors playing the parts of the families that live there. New York is an immigrant city and this is the perfect museum in which to learn about this iconic side of the Big Apple.

Get outside at Brooklyn Bridge Park

The High Line is awesome, but there’s a new kid on the block. The newest and best park in NYC is just on the other side of the Brooklyn Bridge. Built on the old Brooklyn piers, Brooklyn Bridge Park is a unique spot with unparalleled views of Manhattan, outdoor wine bars, amazing food and a healthy dose of environmental innovation. Hang out and make use of the picnic tables, roller rink, basketball courts and exercise equipment.

Catch a show at The Public Theater

Founded as The Shakespeare Workshop in 1954 by Joseph Papp, the Public Theatre is located in the beautiful former Astor Library in the East Village section of Lower Manhattan. Not only does the Public Theater hold five theatre venues — the Shiva, the Martinson, the LuEsther Hall, the Anspacher and the Newman — but the site is also home to Joe’s Pub, a cabaret-style setting used for new work, musical performances, spoken word artists and soloists. Still not convinced it’s the place to see a show? Well, the Public is where Hamilton premiered before it moved to Broadway, so there’s that. (You can learn more about Alexander Hamilton on our Hamilton Happy Hour tour.) As well, #localsknow you can go upstairs to the secret bar and restaurant, The Library, for a great cocktail. Have dinner at the 21 Club

The 21 Club is a piece of New York history still alive today.  The restaurant was a former prohibition-era speakeasy originally known as the Red Head, which opened in 1922. During prohibition, the restaurant famously ignored the law as it served drinks to the ‘who’s who’ of NYC, including then-Mayor Jimmy Walker. The restaurant remains such a landmark that every president since FDR (except for George W. Bush) has dined at the 21 Club. If you ask nicely, they may even show you the secret vault in the basement where the booze was kept.

Rooftop bars have proliferated in NYC and it’s easy to understand why when you go to one and take in the views. Unfortunately, those views often come at a high cost and many of the bars really nail you. The rooftop bar at the Pod 39 Hotel, while not cheap, is not as expensive as most of the other options. Plus it still has amazing views and for your money, the best ambiance with the brick arches surrounding you. Located between Lexington and 3rd Ave, this spot also has an incredible view of the Empire State Building.

If these top five picks don’t quite pique your interest, don’t worry! There are always tons of awesome fun things to do and events happening in NYC. From food eating contests to salsa dancing, there’s no doubt that you’ll find plenty of things to keep you busy in NYC!