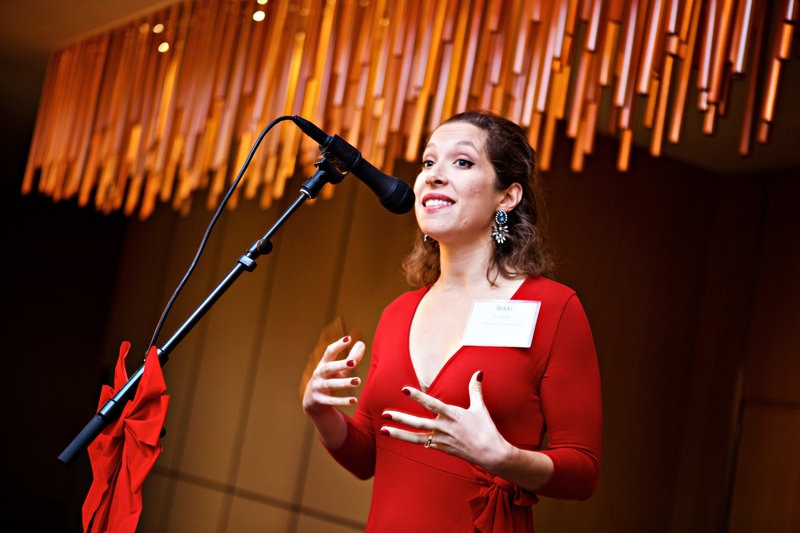 We are honoured, humbled and oh-so-happy to report that Urban Adventures has been named Innovator of the Year by not one, but two associations honouring the best in the travel industry.

In late December we were presented with the 2017 New Innovator in Travel Philanthropy Award at Tourism Cares’ Hearts of Travels Awards. The awards were held on December 14, 2017 at the Conrad Hotel in New York City, and our community manager, Nikki Padilla, was on hand to accept.

Then, on January 18, 2018, we were awarded with Innovation of the Year by the Adventure Travel Awards. Our business development manager, Chris Castle, attended the ceremony in London.

For both awards, Urban Adventures was recognised for our ‘In Focus’ tours, which are run in partnership with NGOs, non-profits and social enterprises to highlight grassroots projects supporting local communities. When we first launched ‘In Focus’ in 2015, we just had a handful of tours — today, we’ve grown to offer 30 responsible tours benefitting 23 different local organisations.

These tours aren’t voluntourism. They also don’t fall under the typical donation model that you might be used to on other, similar tours. Instead of asking travellers for donations, we want travellers to learn about the self-sustaining projects that local groups are working on. These are projects that need some help to get started, but their goal is to survive and thrive on their own, without having to look to tourists’ donations to keep them running.

For example, our From Farm to Feast tour in Nairobi works alongside One Horizon Africa to help rural women launch pig and chicken farming businesses. And our Outcast Bucharest tour partners with Romania’s Parada Foundation to offer job training to homeless and at-risk youth.

Some of our other ‘In Focus’ projects include a centre for Syrian refugees in Turkey, a reef conservation project in the Maldives, a child nutrition program in Thailand, and indigenous cultural preservation in Chile. On all of these tours, travellers get to learn about local social issues, meet the people affected, and speak with the changemakers themselves on the good work that they’re doing.

As the Adventure Travel Award judges explained at the ceremony, “These new day tours from Urban Adventures not only give travellers a deeper, more meaningful experience, but they create a risk-free and sustainable revenue stream for social enterprises, NGOs and non-profits, helping them be less reliant on charity.”

“Social impact tours are not an inferior experience product; I’d argue it is actually a superior travel experience,” says Tony Carne, Urban Adventures’s general manager. “For travellers seeking authenticity, originality, and local, interactive experience, this product has all that in spades. It is joyous. It is human. It is a memory that won’t quickly fade.”

This past year, we also partnered with ActionAid Australia in support of its Safe Cities campaign, which calls on local governments to ensure better safety for women in urban centres. We donated $1 from every booking in selected cities to their campaign targetting women’s rights in Cambodia. Thanks to our travellers, we’ve now raised $100,000 AUD in support of Cambodian women.

Read our 2017 Impact Statement to learn more about what Urban Adventures travellers have achieved.

The Street Food 50 list for 2020 has arrived!
Lonely Planet Best in Travel 2020: What not to miss according to locals
Lonely Planet Experiences powered by Urban Adventures are here!
9 ways to be a plastic-free traveller
Over-Tourism in Santorini: What’s the solution?