Blog > What it’s like to visit Kisenyi, the largest slum in Kampala 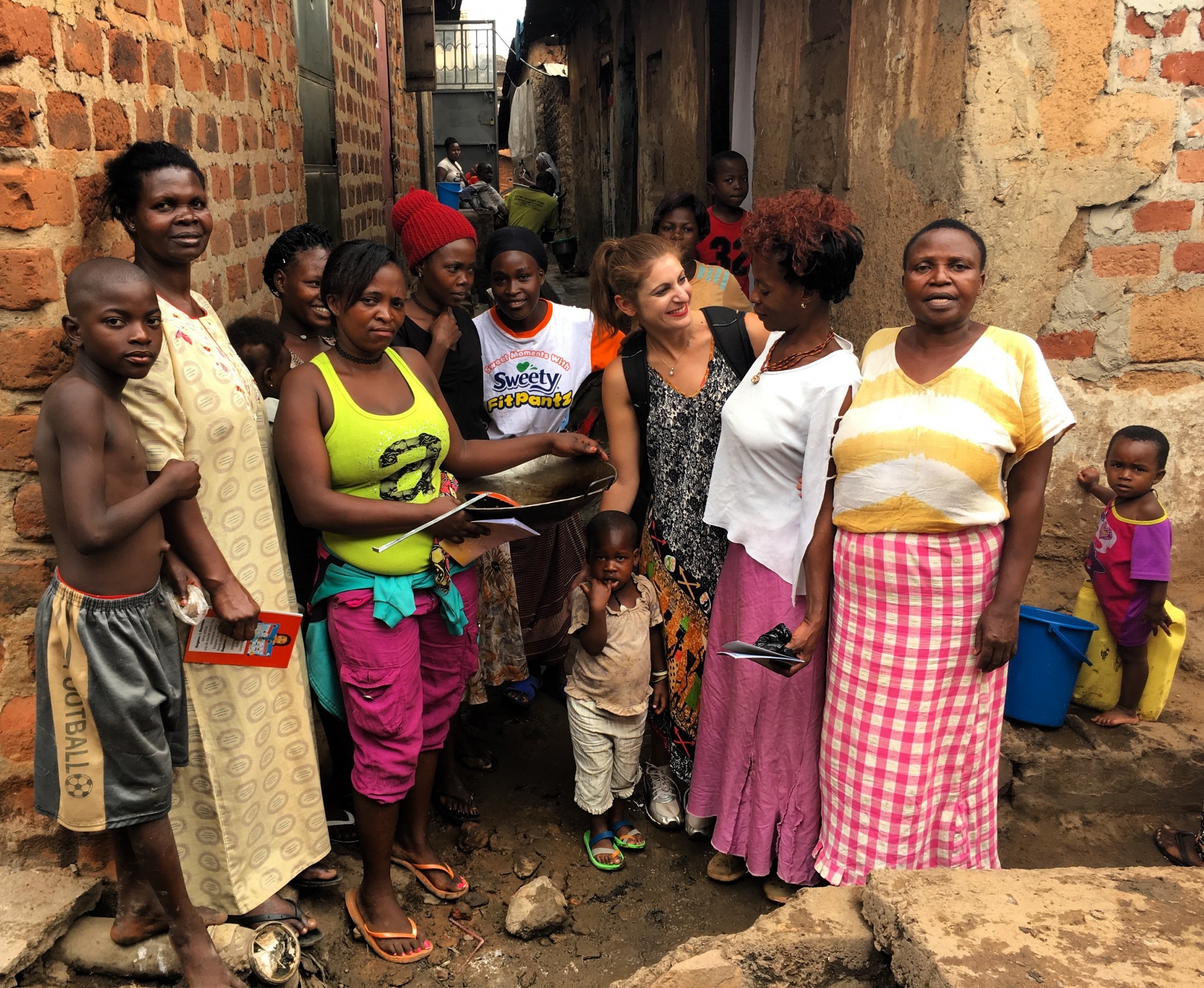 What it’s like to visit Kisenyi, the largest slum in Kampala

Our Kisenyi Slum tour is run in partnership with Slum Aid Project, a local non-profit organisation dedicated to improving living conditions in Uganda. One traveller tells us about her day meeting the community members benefiting from the program.

It was hard to digest.

Uganda is known as the ‘Pearl of Africa’ for the sheer beauty of the land, its people, and the majestic wildlife that roams across it. Something that does not fit into this dreamy description is the poor living conditions that many Ugandans endure. But it is the unfortunate reality for many locals living below the poverty line and in slum conditions across the country, most notably in its capital, Kampala.

Stepping foot into Kampala’s Kisenyi slum was a sight to behold. A concrete jungle is mostly thought of as a cosmopolitan city centre and this area was a world away from that. According to Uganda’s National Population Housing and Consensus (NPHC) 2014, 67% of the population live in detached dwellings and a further 12% in semi-detached. The dwellings themselves are a combination of unburnt bricks, mud, poles, and cement blocks. Roofs are mostly iron sheets or thatched, and floors can be a mixture of stone, cement, tiles, and earth. Understandably, these structures have a short lifespan and are subjected to harsh weather conditions.

Overcrowding, cracked walls, dirty floors, faded paint, and rusted materials are common features among the clustered structures many call home. On top of that, these unplanned settlements often lack basic necessities, including clean water and proper sanitation. This has lead to poor hygiene and the mutation of diseases to spread quickly among local communities. But hope is not lost in the Kisenyi slums.

I was taken around Kisenyi by a local named Luke, a man who also used to call these slums home and is now a representative for the non-profit Slum Aid Project. The slum itself is located on the outskirts of Kampala. It was a world away from the comfort of my hotel bed in the city centre, and something that troubled me that day — knowing that I would be going back to my hotel, filling up my plate at the buffet, having a shower with an array of soaps and going to sleep on a bed that could certainly fit a family of five. The contrast couldn’t be greater. It didn’t sit right.

Books are one of the things most needed in the community

Mzungu, mzungu! I kept hearing this word shouted out to me by young kids. It means ‘white person.’ At first I felt discomfort with the call, but it’s not said with any hint of racism, nor ill intent. After all, I was an outsider walking around the close-knit slum community. But never did I fear for my safety while walking with Luke — far from it. I was greeted with wide smiles and was even asked to join a game of billiards with a group of teenagers. Standing around the open-air table, we laughed as we played a round and I felt encouraged despite my lack of skill for the game. It was a such a simple, carefree interaction but one that would have long-lasting effects. I decided to get serious and ask the locals about how they would like outsiders to help. I will never forget when a young mother, children in tow, came to me and told me what they want more than anything: books.

Education is paramount. Many of these children are forced into work, some just selling sweets on the street, from a young age. Receiving an education is not on the radar for many of them. Luke had told me it amounts to just USD 30 to send one child to school for a semester. It seems absurd to think that that is the same price for a meal and drink back home — there’s some food for thought.

The unexpected surprise of the day was stumbling upon a funkily decked-out communal art and music area for youths. The area itself was nothing more than a few seats and a series of colourful montages of music posters on its walls, but this small, open-air patio is a haven for young members of the Kisenyi slum to learn music with donated instruments through the local initiative Street Voice. It was a place that encouraged those to develop their talents creatively in an environment that, on face value, is in poverty but wealthy in community spirit. I sat back and watched an intimate group performance with enthusiastic members chiming local songs to a soft-sounding acoustic guitar. I felt the togetherness of the community where it was not a place of thinking in terms of ‘I,’ but in terms of ‘we’ and how they would all come together through song.

Visiting a place like Kisenyi is difficult, but the human relationships and interactions born from it are worth their weight in gold. How heartwarming it was to witness positivity in a place that, on first glance, seems so bleak. But the warmth of the locals, well, that was something easy to swallow.

Home to some of the most vulnerable populations in Uganda, the Kisenyi slums show how local NGOs are working to improve living conditions for locals. This In Focus experience takes you behind the scenes of a local non-profit making a difference.

Lonely Planet Best in Travel 2020: What not to miss according to locals
9 ways to be a plastic-free traveller
Over-Tourism in Santorini: What’s the solution?
How taking an Urban Adventures tour can help the local community
The best chocolate in the world is Austrian