Blog > Why there are so many temples in Bali 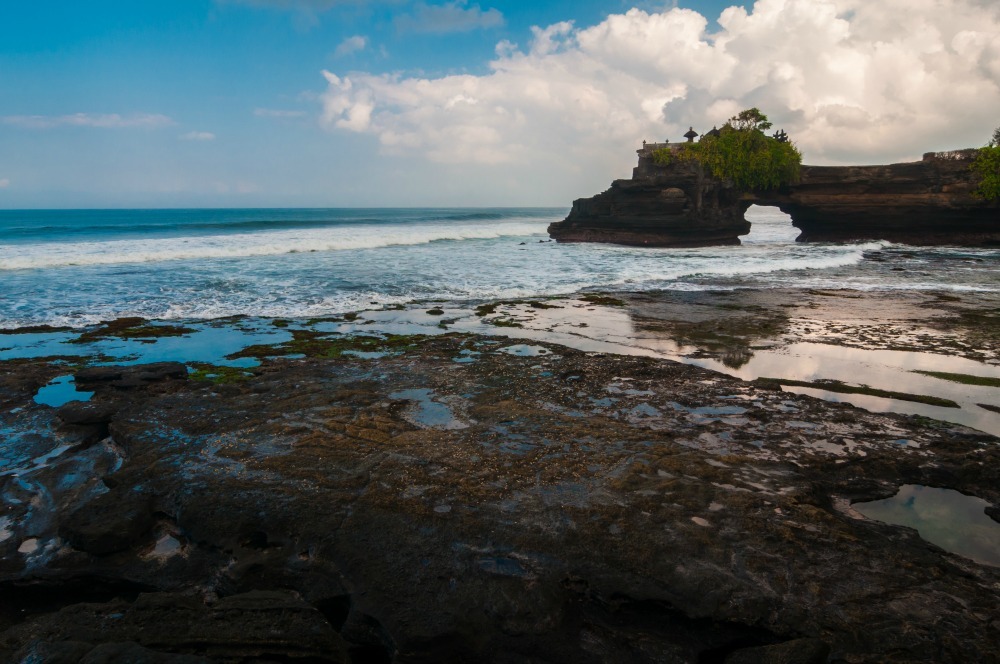 Why there are so many temples in Bali

We asked Brett, our local guide in Bali, what’s with all the temples everywhere on the island — and how to be respectful when you visit one.

“There seems to be temples everywhere!” That’s what travellers always say to me. And, well, yes, they are everywhere — small shrines in offices, shops and houses, bigger temples for villages and regions and states throughout the whole island.

Balinese are not Hindu, as is thought by almost everyone. They actually practice and follow a mix of three religions that only became merged as one in the 12th century.

It started in the 8th century, when the first Shiva Hindu priests arrived on Bali after travelling through Myanmar, Cambodia, Sumatra, and Java in a search that was passed down over generations for six centuries. They were searching for a place similar to their homeland of Mahabalipuram, an area near Chennai, India.

On Bali, they finally found what they had been seeking (this is also the reason why there is no Hindu influence east of Bali). The priests brought the artistry of carving and the knowledge of cultivation, which we can see in some of the UNESCO temples that seem like they’ve been copied and pasted from Cambodia (and that aren’t typically visited by tourists). On a walk with me a few days ago at Borobudur, a world-leading archaeologist pointed out that it’s easy to see the carving influence from India — one clue is that the breasts on the women in the carvings are larger than those of the typical Indonesian body type!

When the priests arrived back in the 8th century, they found the locals already had a cultural tradition known simply as “respect your ancestor” — a tradition found throughout Asia. The priests suggested that the inhabitants of Bali could follow the Shiva teachings and ways of life but in their own way. This soft approach meant that Hinduism flourished.

In the 10th century, in the founding village, the priests then built what was quite possibly the only working Hindu–Buddhist temple in Southeast Asia. Then, some 200 years on (over coffee, I’m sure), the three leaders of Hinduism, Buddhism, and the “respect your ancestor” tradition decided it was time to stop trying to be better, or the best, or the most common religion, and instead why not become one? After seven meetings, spaced out one every six months, they finally created Bali Darma or Balinese Hindu.

As a result, the Balinese have many temples and many different ceremonies, because they are really honouring three religions rolled into one. The name of Bali actually comes from the temple in India, Balipuram, or small Bali.

Note that if you visit any of the temples on Bali, you must dress modestly, and as a tourist, you can only enter with the permission of the village or the local priest. There are many temples used for different purposes, some just for worship, some for cremation, and some for specific ceremonies throughout the year.

There are also a few rules specifically for women — they’re not allowed to enter a temple while menstruating. While I realise that this might seem sexist, as though the Balinese place men as more superior, but that’s not actually the case at all. The reasoning behind this rule is that no blood, from any source, is allowed to be spilled in a temple. It is not a rule against women, but about flowing blood. It’s an ancient custom that is about protecting the temple and honouring the gods, and is not about anything else. Women will be asked before they enter whether they are menstruating, and while of course it’s up to you how you answer, please respect the reasoning behind it. Don’t worry, you won’t be treated poorly if the answer is yes! It’s very much a normal question and practice for the people of Bali.

Lastly, you’ll likely see little square things everywhere throughout Bali, all filled with flowers, cigarettes, cookies, rice, and more. You’ll see them on the streets in front of shops, streets, houses — everywhere, every day! This is an offering that locals do three times a day, to say thanks to the gods and to show respect for what they have given us. Once an offering has been placed, you can walk on it, move it, throw it away, no problem. So don’t panic when you see people walking over these offerings, or cars driving over top of them in the streets!

Visitors to Bali have long been drawn to the stunning emerald terraces that were first planted by Hindu priests when they arrived on the island in the 9th century. Locals and visitors alike appreciate the beauty of these fields as they change seasons, from planting to harvest, and they offer up a serene, peaceful sight far removed from the bustling beaches of Bali’s tourist zones.