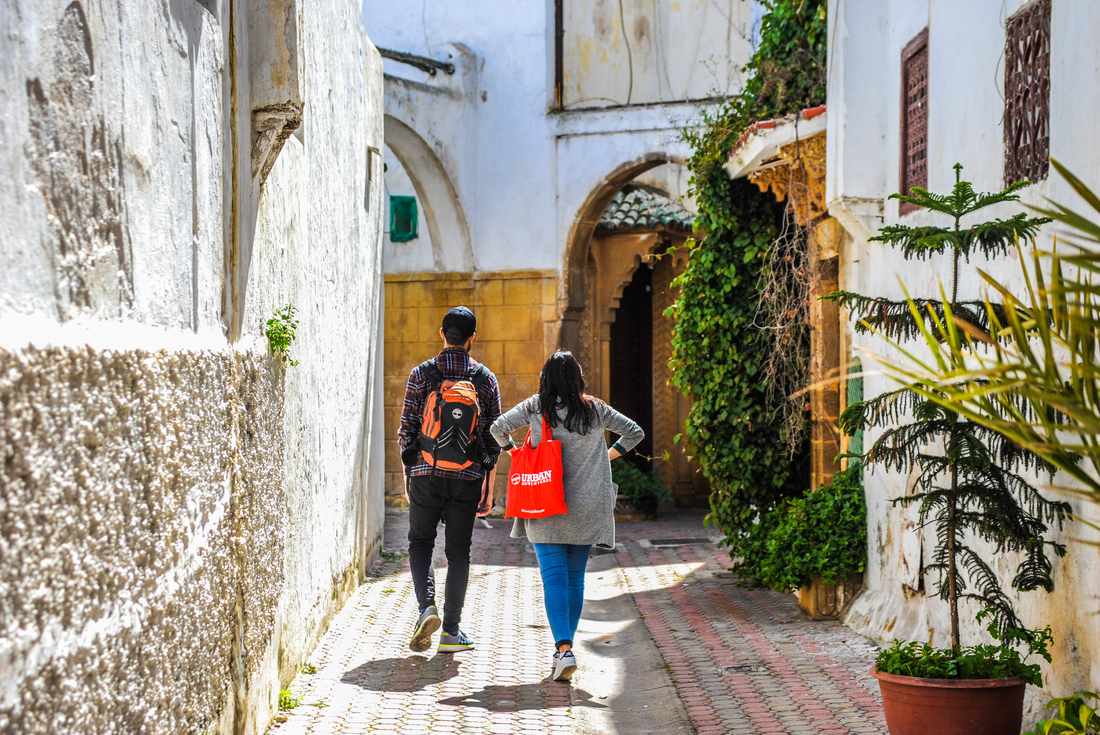 While there is a lot to see and do in Casablanca, you can still manage to get a good feel for Morocco’s largest city on just a short visit. To help you make the most of a tight travel timeline, our local Casablanca tour guides have put together the ultimate itinerary that captures some of the best the city has to offer in just 24 hours, encompassing everything from culture to delicious local food.

Start your visit to Casablanca with a walk on the Boardwalk of Ain Diab, Casablanca’s seaside area (also known as the Corniche). Take advantage of the quiet time and stroll along the boulevard right next to the Atlantic ocean. The area gets busier as the day goes on, especially in the summer months, so starting your day here offers the chance to experience the waterfront without the crowds. There are numerous cafes around the boardwalk, so grab a coffee or mint tea and something to eat as you explore.

From the boardwalk it’s a five to 10-minute taxi ride to your next stop: Hassan II Mosque. This is one of the largest mosques in the world and the largest in Morocco, accommodating 25,000 worshipers inside and 80,000 more outside. The mosque is open to non-Muslims outside prayer times via one-hour guided tours, which are well worth taking to see the mosque’s stunning interior. Just remember that you’ll need to be dressed respectfully, meaning shoulders and knees should be covered. There should be a tour starting at 9am as well as 10am. Following the tour, hop in a taxi for a quick ride to see the exterior of the iconic Ricks Café, a reproduction of the bar in the classic Hollywood movie, Casablanca. (Psst! We also pass by the bar on our Medina and Beyond tour.) From here, it’s a five-minute walk to lunch.

We recommend stopping for lunch at La Sqala restaurant for great Moroccan cuisine in a picturesque setting. La Sqala is located at the edge of the old medina in an 18th-century fortified bastion. If you can, grab a seat in the tranquil garden for a serene escape from the bustle of the city. The restaurant is known for its seafood and briouates (sweet or savoury pastry triangles). It’s worth lingering in the garden over a coffee or fresh juice.

After lunch, it’s about a 25 to 30-minute taxi ride to the Moroccan Jewish Museum, the only Jewish museum in the Arab world. The comprehensive museum, housed in a building that was once a Jewish orphanage, traces the 2,000-year history of Jews in Morocco, with a focus on Casablanca’s Jewish community. The collection includes ornate clothing, photographs, traditional tools and ritual objects, as well as a reconstructed 1930s synagogue.

For your evening in Casablanca, make your way from the museum to SKY 28, about 20 minutes in a taxi. The bar is located on the 28th floor of the Kenzi Tower Hotel and offers panoramic views of the city. The food here is on the pricier side, so you may opt to eat at one of the many nearby restaurants before or after having an expertly-crafted cocktail at the bar. Some options in close proximity to SKY 28 include Blend for gourmet hamburgers, or Al Mounia for traditional Moroccan cuisine.

For travellers on a short visit, we recommend having a layover that will allow you to spend two hours in the city centre, and another 90 minutes for travelling to and from the airport.

The best way to get from the airport to the sites is by taking the train, which gets you to the city centre in around 45 minutes. Catch the train from below the ground floor of Terminal 1.

If you want to see Casablanca in two hours in the morning or afternoon, we suggest heading to see Hassan II Mosque, the largest mosque in Morocco and one of the largest mosques in the world. If you’re there during a time when you can catch a guided tour, do so. The interior is beautiful. Just ensure your shoulders and legs are covered.

If you’re in Casablanca for an evening or nighttime layover, make your way to the Corniche, the city’s seaside promenade. There are numerous bars, cafes and restaurants in the area if you want to get a drink or something to eat after exploring the waterfront.

Lonely Planet Best in Travel 2020: What not to miss according to locals
Our 6 favourite social enterprises that empower women
24 hours in Bangkok
24 Hours in Seville
24 Hours in Sydney