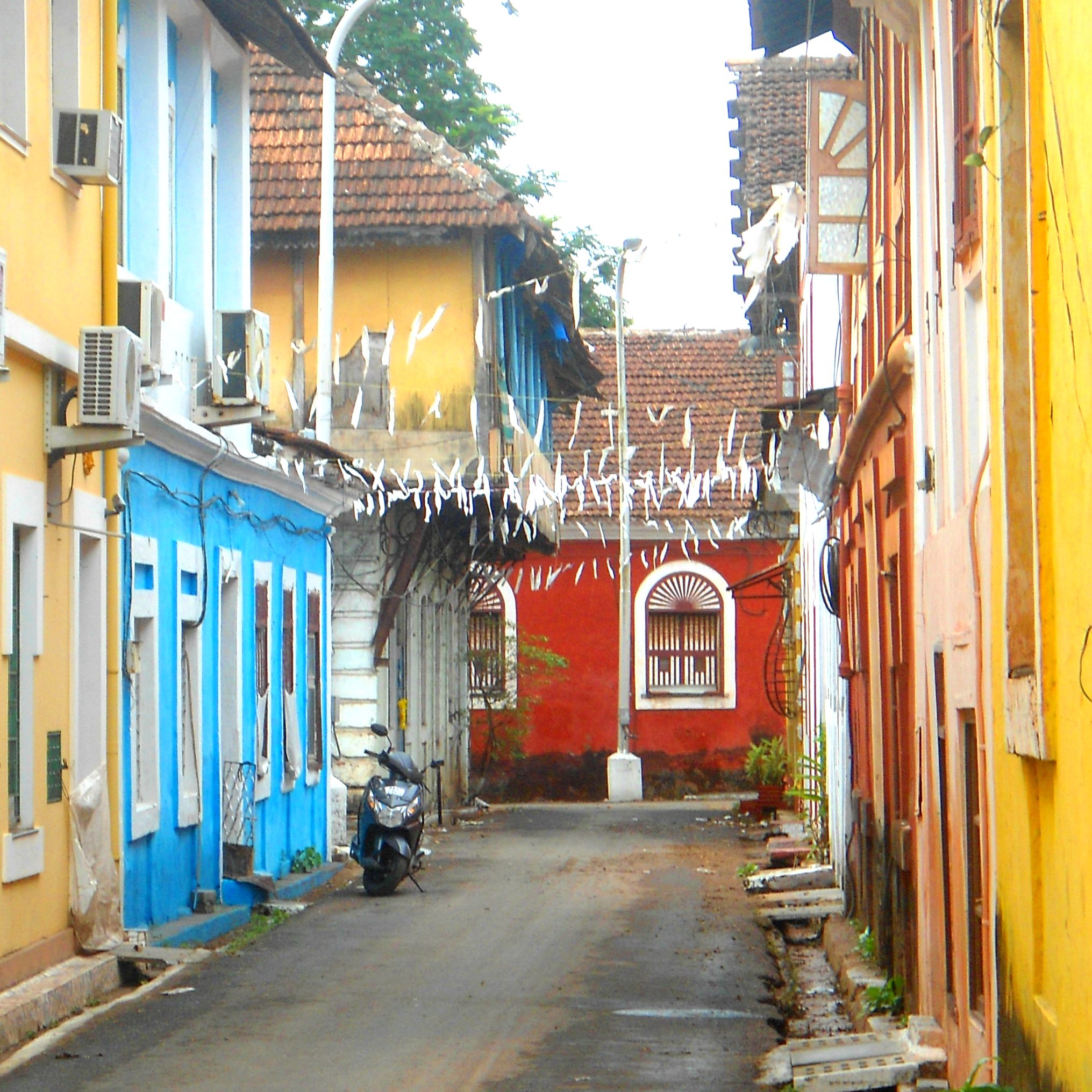 Goa is a sliver of India all its own, a slice of paradise where the beach beckons and the only pace is slow and relaxed. It’s enough to make you want to stay forever — but alas, we know most of us can’t. While a mere day’s stay seems like a sin, you can still make the most of it. Here’s our guide to having the perfect 24 hours in Goa.

Starting your morning in the right spirit helps you pep up for the rest of the day! To get a bit of quiet time, for an early morning stroll along Reis Magos beach — you may even catch a glimpse of the local fishermen reeling in their catch of the day. The beach is quiet, away from the rush of the city and you’ll be able to wander around all by yourself. However, you might want to avoid your beach walk if it’s monsoon season — it’ll be a very wet walk.

Spend some time walking around the Fontainhas area, the old Latin quarter of Panaji city. With all the colourful buildings and quiet lanes, you’ll get a glimpse of what the city was like during the Portuguese reign. Later on, visit the Gitanjali Art Gallery, which exhibits paintings by various Indian and international artists. The museum is also a cultural space with a caf&eacute and workshop that hosts book launches, performances, book and poetry readings, public talks, and more.

Grab lunch at either Panjim Inn or Mum’s Kitchen. Panjim Inn is a 150-year-old house restored into a heritage hotel with a small restaurant. The restaurant servers the most delicious king fish with Goan curry and some exotic shakes. Mum’s Kitchen is equally famed for its exceptional food and Goan flavours. The restaurant was formed by a group of locals with the mission of preserving Goan cuisine. With so many tourists flocking to Goa, many restaurants have become more fusion-focused, but Mum’s Kitchen is trying to bring the food scene back to its traditional Goan roots.

Spend your afternoon on a shopping adventure, exploring the many bazaars and markets of Goa. If it’s a Wednesday, you simply cannot miss the Anjuna Flea Market. The culture of flea markets was brought to Goa by the hippies, who would extend their stays in the beach city by selling off their worn-out jeans and exchanging musical instrument for food and souvenirs. Slowly, this system converted into a popular culture and people from all walks and corners of the country started selling their articles in the flea markets. The Wednesday Anjuna Market has become the biggest and most well-known market in Goa. Chill out in with dinner at any of the beach shacks and restaurants in Goa. Some popular joints are Brittos, Tito’s Courtyard, De Candolim Deck, Curlie’s, Lilliput Cafe, and Fisherman’s Cove. Dining on the busiest streets, enjoying the fresh sea breeze with a beer in-hand — life can’t get much better than this!

Don’t have time for a full 24 hours in the city? No worries, we’ve got the speedy version for a shorter layover. You’ll need minimum four hours to see the sites, and it’s about a one-hour taxi ride from the airport to Panaji city.

If you’re in Goa in the morning or early afternoon, visit the Fontainhas area and enjoy a good cup of coffee, taking in the serene atmosphere. The area is famous for being the old Latin quarter of the city, and you’ll get to experience the mark left from the Portuguese reign. Admire the colourful buildings and quiet lanes, then visit the Gitanjali Art Museum.

If your layover has you in Goa in the evening, indulge with a spa service at SNIP salon. We recommend the aroma treatment.