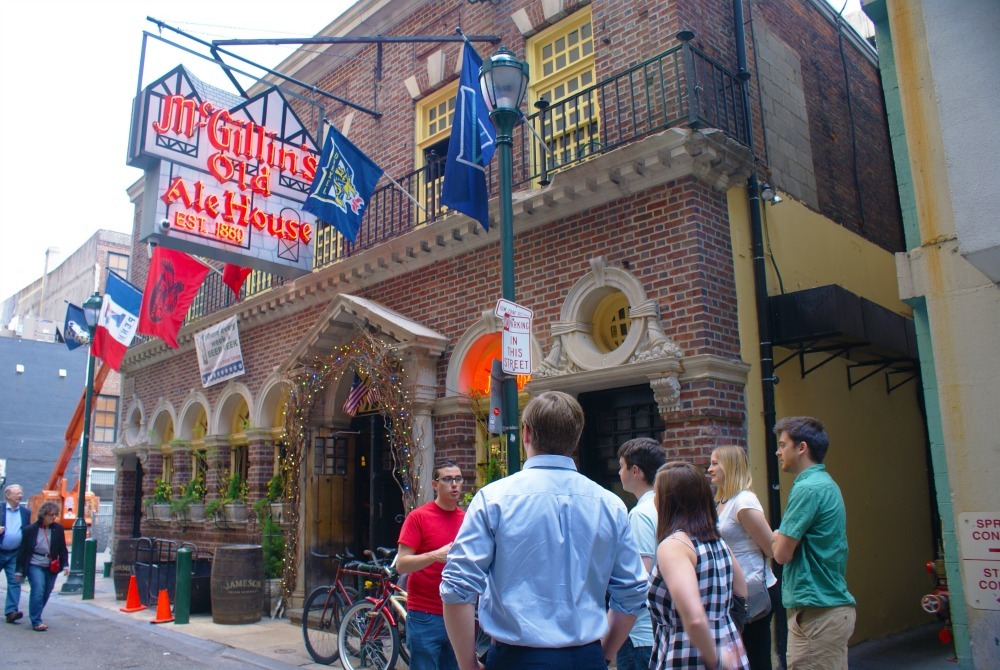 Philadelphia is truly a city of layers, as well as being known as a city of neighbourhoods, and, most commonly, the City of Brotherly Love. It’s also a place that might overwhelm you with things to do — no worries, we’ve got our expert local Philly tour guides ready to help you out, even if you only have 24 hours in Philadelphia. Their first one? Don’t bother sleeping (there’s too much fun to be had!). Here’s how we think you should spend a full 24 hours awake in Philadelphia.

Wake up, shower, and do some push-ups, because you are about to have an awesome day. Head down to the Reading Terminal Market for breakfast and seek out Dutch Eating Place, which is thought of by many Philadelphians as the best breakfast place on earth. After breakfast, be sure to wander around the market some more for an incredible culinary cultural representation of Philly.

If you want to really get to know the market, we recommend hopping on our tour | Photo by Philadelphia Urban Adventures

Make your way from Jefferson train station to 9th and South by 10:00am and you can hop on Urban Adventures’ 9th Street Italian Market tour. The Italian Market is another important part of Philly’s character, so even if you don’t take the tour, we highly recommend you experience America’s oldest and largest working outdoor market. If you decide to join us, the tour ends at the birthplace of the legendary Philly cheesesteak, and, what a coincidence…we’ll be just in time for lunch!  A choice must be made between fierce cheesesteak rivals Pat’s and Geno’s.

Take it easy for an hour or two, because you have a long night ahead of you. We recommend going for a leisurely walk to check out many of the city’s iconic murals, part of the Mural Arts Program, which has fostered some pretty amazing art throughout the city.

Make your way over to South Street for a stroll. South Street is lined with eclectic stores of all kinds. You can find just about anything you need on South Street, and you will notice the variety instantly. Feel free to grab a bite to eat, but make sure to save room for later. The highlight of South Street is The Magic Gardens, one of our top 5 hidden gems in Philadelphia. The Magic Gardens is a mosaic masterpiece by artist Isaiah Zagar, and includes inside artwork as well as a mosaic labyrinth in the courtyard.

Make your way to the corner of 15th and Market to catch another Urban Adventures tour, Philly on Tap. On this tour, you’ll walk through the streets of Center City, ducking into Philly’s best local bars in pursuit of Philly’s favorite local beers. Get a first-hand glimpse of three of our city’s pubs, bars, and lounges, while enjoying a local beer at each location, and a snack or two. You will surely enjoy Philly’s local craft beers, and as you learn the beer making process, you’ll acquire a new found appreciation for small-scale brewers and their craft beers.

Now it’s dinner time. We know that it may seem like a late dinner, but remember, no sleeping tonight! Since your Philly on Tap tour ends in the Rittenhouse Square area, we suggest you stay in that neighbourhood for dinner, because one of the best restaurants in Philly is right around the corner. The restaurant is called Alma de Cuba, and one of their chefs (Douglas Rodriguez) was actually on Top Chef: Masters. The type of food is Caribbean/Latin American, and it gets consistently rave reviews.

Get ready for a night out on the town!  From Rittenhouse, head east to Old City. At 2nd and Market, you may browse around for you favourite type of bar, but we suggest Mac’s Tavern. It is owned by Rob McElhenney, the star and creator of the show, “It’s Always Sunny in Philadelphia.” The pub gets its name from Rob’s character in the show, Mac.

Mac’s Tavern is a must see for fans of the show, and a great spot for anyone else that comes through. They also have delicious pub food if you happen to still be hungry. The atmosphere and drink selection alone will be a great start to your long night.

Hopefully you still have some energy, because the next spot on the list is another fun area in Philly’s nightlife. Hop in a cab and head over to the Fishtown neighbourhood to Frankford Hall. There is a large open area with benches to sit, eat, and drink, and there is also a large beer garden out back with fire pits and ping pong tables. It’s a German-style pub, and also they have the best Bavarian pretzels this side of the Atlantic.

So it’s 2am, and all of the bars are closed. Conveniently, Frankford Hall is only about a ten minute walk to the Sugar House Casino. We’re not much for gambling, but the casino is right on the Delaware River, making for some pretty sweet views. The best is when sunrise hits…if you can stay awake long enough to catch it! 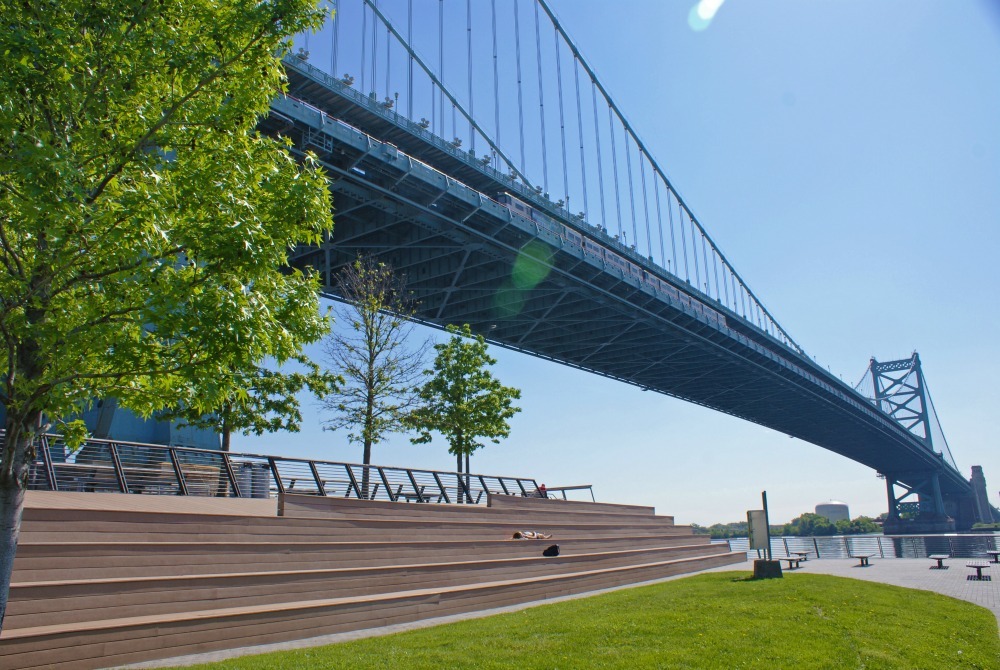 Take a nap outside if you need it after all those hours! | Photo by Philadelphia Urban Adventures

After all of the great food and drink from the previous day and night, it’s time for some exercise. Take a run, grab a bike or a kayak and head out to Fairmount Park. The second largest urban public park in the world has some fantastic running paths, bike trails, and rowing in and along the Schuylkill River. Take in the majestic Boathouse Row from either the land or river side.

You’ll feel energised and ready for a new day, knowing you made the most of your 24 hours in Philadelphia.

Philadelphia isn’t called the ‘City of Brotherly Love’ for nothing! This is a city dedicated to providing those travelling to Philadelphia with a friendly welcome and a memorable stay. Jump on a Philadelphia tour with Urban Adventures to see the very best of the city from a local perspective. Whether you’re looking to hear offbeat stories about Philadelphia’s famous sights, or want to simply sip on a Philly beer with a local, we’ve got the tour for you!