Blog > Meeting the Maasai: A day with Peris 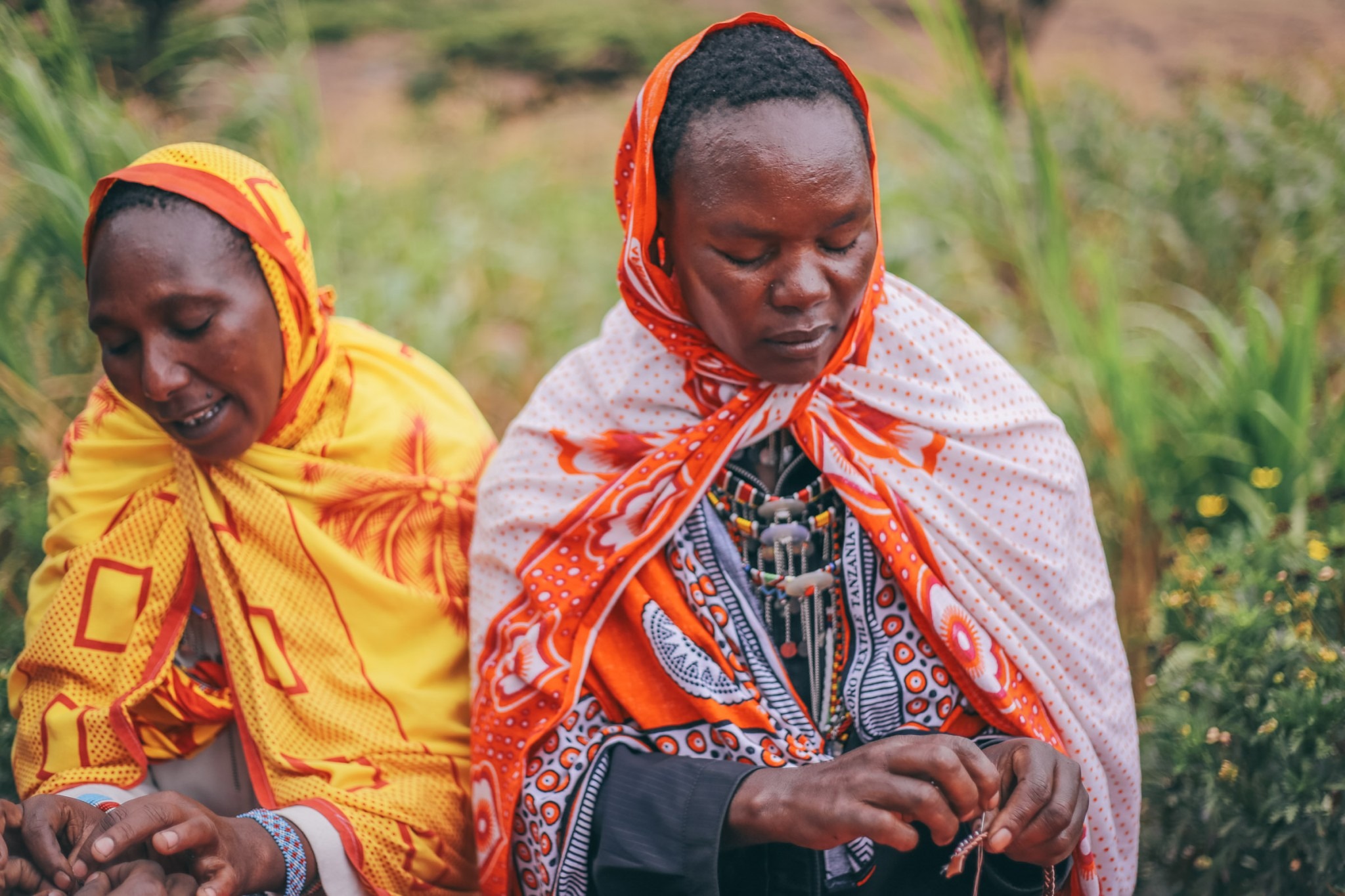 Meeting the Maasai: A day with Peris

Our A Day with the Maasai tour is run in partnership with One Horizon Africa, a non-profit organisation dedicated to alleviating poverty in Kenya and South Africa. One traveller tells us about her day with Peris, one of the women benefiting from the program.

Mention Kenya, and many people will picture the Maasai — tall, scarlet-clad warriors leading cattle across the plains or leaping high into the air.

And no wonder; the Maasai are one of the few tribes in Kenya still maintaining their traditional ways of life. Most tours through the region will throw in a short visit to a Maasai village or an adumu ­­— the performance of a traditional jumping ceremony ­— but how often do travellers really connect with these local people? Contribute to their livelihoods, hear their stories?

Peris lives in the Ngong Hills outside Nairobi. I meet her on my first day in the city, when I jump on the Urban Adventures tour, A Day with the Maasai. Part of the In Focus range, the tour is run in partnership with One Horizon, a not-for-profit working to alleviate poverty in Kenya and South Africa. All net proceeds go to locally run projects on the ground, projects that are designed to become sustainable and self-sufficient as quickly as possible. Our guide, a friendly Kenyan by the name of Solomon, picks us up from our hotel bright and early. Peris is a Maasai woman and will be our host for the morning, leading us in a class on jewelry-making.

As we drive, Sol points out sprawling slums and new housing estates on the sides of the road. The day is about 20 degrees Celsius — unseasonably cold for August. The locals are baffled, talking excitedly and hopping about to keep warm. A soupy fog clogs the atmosphere, punctuated here and there by telephone poles and Acacia trees.

After about an hour, we park the van in a yellow valley and walk down a path. Three brightly clad Maasai women meet us along the way, singing a traditional welcome song on a lulling loop. We fall into step beside them. When we reach the property at the top of the hill, one of the singers introduces herself as Peris; the other women are her sister Unis and sister-in-law, Emily. They smile and clasp our hands warmly. 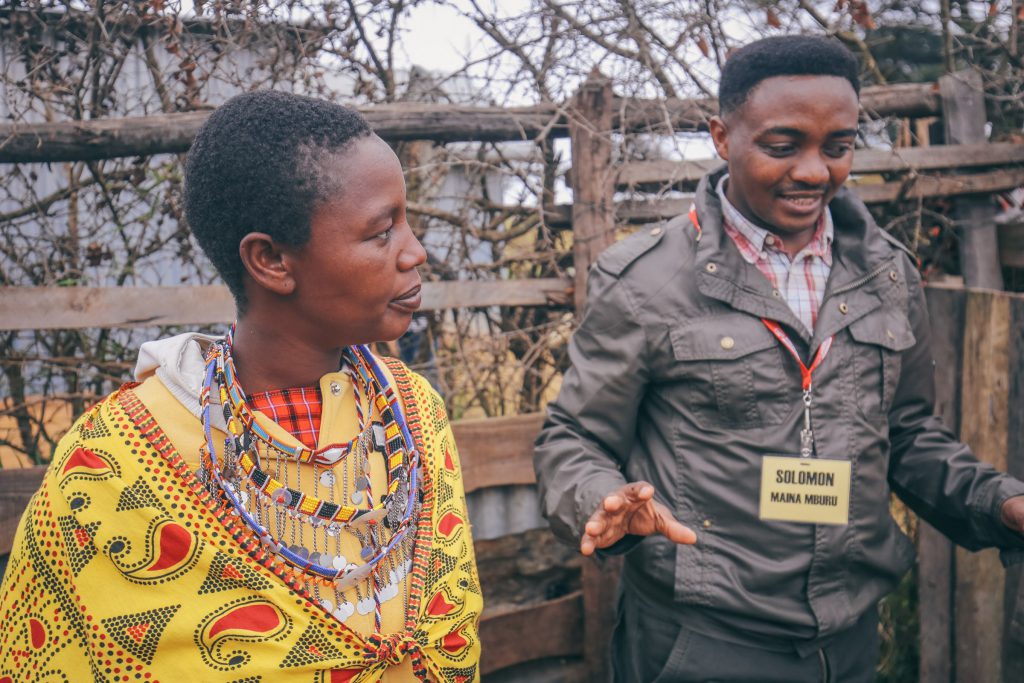 The property is both Peris’ home and her place of business. After introducing us to her goats (for milking) and two heifers (both pregnant), she shows us around a large veggie patch, pointing out pumpkins, peas, black beans, maize and Napia grass, used to feed the cattle. It’s only been in action for six months, but already her garden is flush with life. She planted the whole thing herself, together with her kids. Thorny bracken forms a fence around the plot.

With Sol translating, we ask Peris if she sells her produce in town, but she shakes her head. Everything she grows she uses to feed her family. Aside from a few items she still needs to buy, she’s almost entirely self-sufficient. I try to imagine growing everything I need to survive in my own garden, and the enormity of the idea hits me.

Home is what you fight for

Peris is HIV positive. After her husband learned of her diagnosis, she was shamed, threatened, and thrown out of the house by members of her own family. Women in Africa have very few land rights, despite the fact that their labour provides most of the continent’s food resources. Peris was living on the streets when she found One Horizon (and they found her).

First, she was required to undertake an 18-month Women in Equity program to learn more about nutrition and development. As she built up her small jewelry-making business, the organisation covered her rental costs, allowing her to save enough to buy the title deed to some land, and finally build a house.

Peris and one of her heifers | Photo by Damien Raggatt

Right now, we’re standing in that house, in Peris’ very own bedroom. It’s a simple space, fitted with a bed, a shelf, and a small window. A stack of spotty homegrown pumpkins erupts in one corner. Two of Peris’ five kids are in Nairobi, but the rest live here with her, including her 15-year-old daughter, Lois.

In the living room, Lois points to a photograph hanging above an English alphabet chart. It’s a picture of Peris in flowing robes, taken on the day she graduated from the development program. Gazing up at her mother, Lois smiles broadly. “When I finish high school, I want to study medicine,” she tells us in English. With a role model like her mother, there’s no doubt in my mind she could do it.

Despite the weather, our jewelry-making class takes place outside under an Acacia tree. A group of locals — family and neighbours, women and men, Maasai and non-Maasai — gather around the table, sipping tea, singing songs, and gossiping in Swahili. Calm, immune to the raucous party happening around us, Peris shows me how to sew a pattern of tiny beads — red, white, black; red, white, black — onto a woven leather bracelet, her fingers moving deftly. It’s a fiddly business, but I soon get the hang of it. At one point, Emily, Unis, and Peris break into song in their native language, Ma, and the rest of the table falls respectfully quiet.

As I look up, I see Solomon trying his hand with a needle, and smile. In traditional Maasai culture, jewelry-making is a woman’s task, along with cooking, looking after the children, and house-building,whereas men are responsible for doing business, tending cattle, and protecting the community. Here, in her home, on her land, Peris does it all — with the support of family, friends, tourists, and the good folks at One Horizon, of course. She may make traditional jewelry and teach travellers about Maasai culture for a living, but in many ways, Peris is a modern woman. A modern woman with an incredible story.

The Best Way to Eat and Drink in Tbilisi – is With a Local
Lonely Planet Best in Travel 2020: What not to miss according to locals
9 ways to be a plastic-free traveller
Over-Tourism in Santorini: What’s the solution?
How taking an Urban Adventures tour can help the local community