Blog > A walk through the stories of The Rocks, Sydney 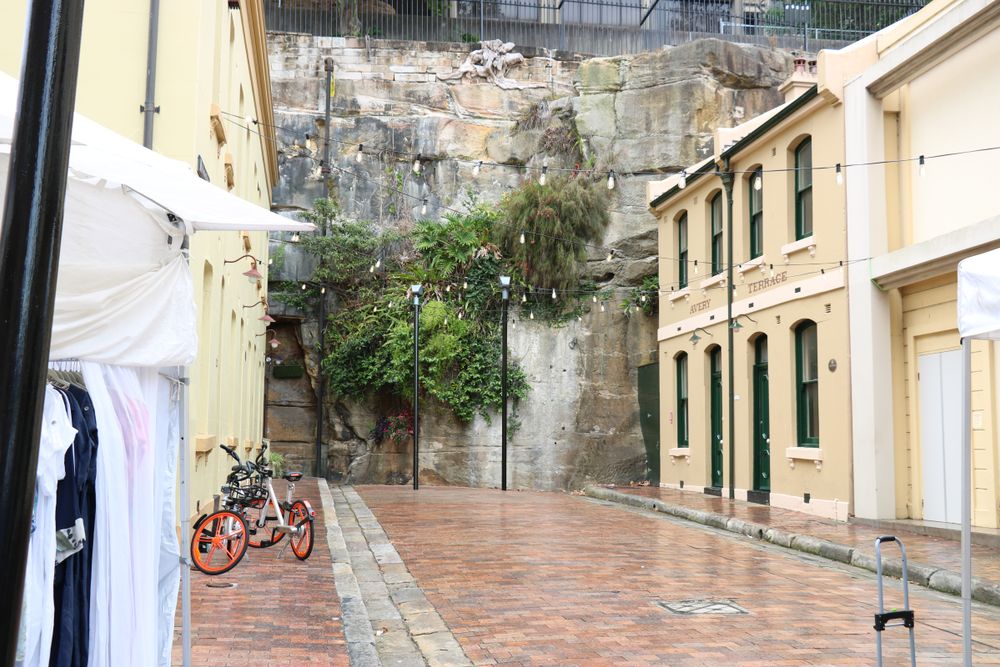 A walk through the stories of The Rocks, Sydney

I joined the Sydney with Conviction tour assuming I knew most of what there was to know about Sydney’s founding. As an Australian, I know about the First Fleet, the convicts who arrived here by boat, and the impact that the arrival brought to the local First Nations living here. But what I realised after the tour was that I had no idea about the human stories — the people who made this city and country what it is today. Much more than simply being a history lesson on the convict past of Australia, this tour was a meaningful walk through different developments and buildings around The Rocks, giving whole new meaning to the saying “if these walls could talk.”

I arrived at the iconic Circular Quay on a picture-perfect summer morning, camera and notepad in-hand, ready to learn about the history of this beautiful city that, for now, I call home. Our guide arrived and immediately acknowledged the traditional owners of the land on which we stood, before jumping into her first story of the day: the story of Arthur Phillip and his vision for the First Fleet. As I learned about Governor Phillip’s philosophy, I came to the understanding that this man was a visionary leader and quite ahead of his time. He made an effort to learn about the Aboriginal people, he treated the convicts with respect and had grand designs to start this new colony; however his vision never quite came to fruition in his lifetime. 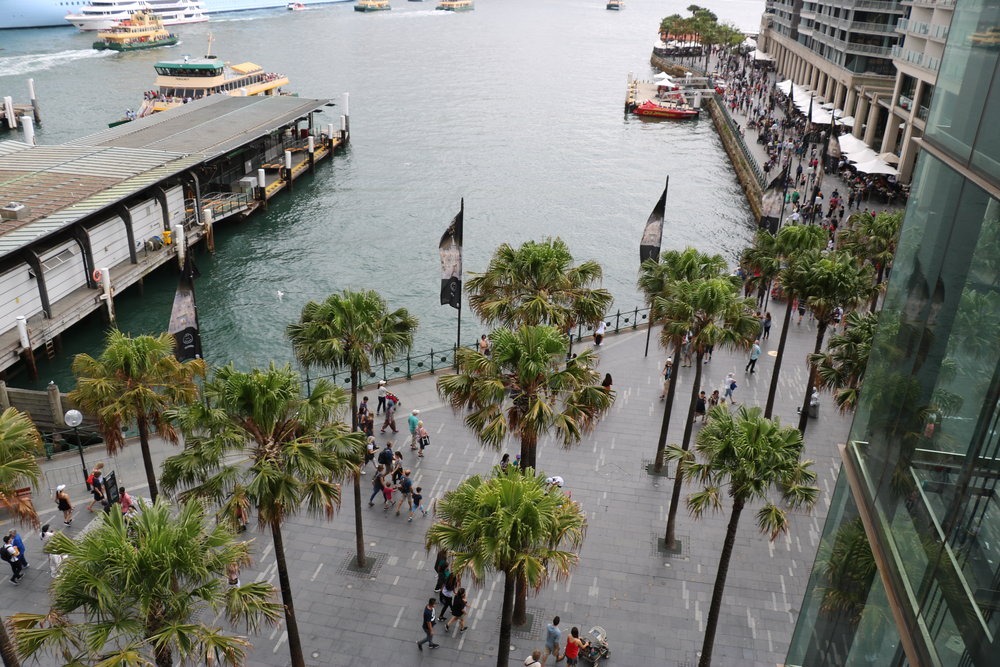 The first part of the walk was very much focused on stories like this — significant figures in the formation of the new colony, such as William Bligh, made an appearance. All the while, we were walking the area in Sydney known as The Rocks, climbing steep stairs and marvelling at the sandstone buildings still in their original form. The Rocks is the old town and historic centre of Sydney, full of former residences of mariners and other people with sea-reliant vocations. Now, it’s no longer a residential area, with markets, eateries and museums taking up the space where former residents lived.

Walking this steep and high part of Sydney, our guide pointed out that there are still some original buildings and houses remaining from the old days. I use the word ‘house’ loosely, as a look into a former residence ascertains that this in fact was a home merely the size of my living room, with sandstone brick walls and windows that would have done nothing to keep out the Australian summer heat. It’s incredible thinking that someone lived here, but that is exactly what the poorer folks in this area did. 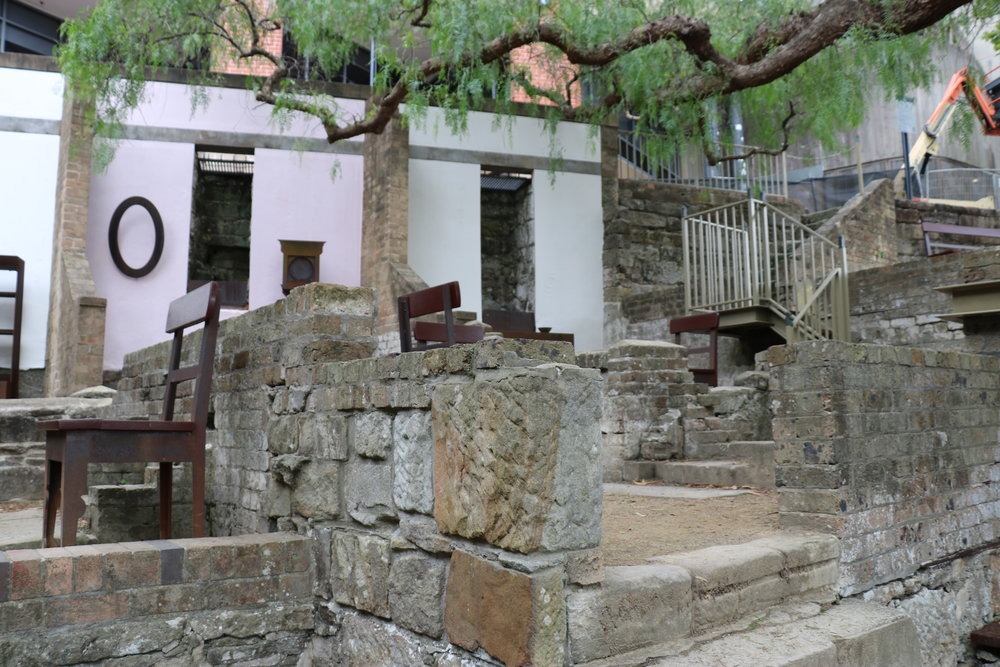 Our guide walked us up to one of the Rocks’ most iconic buildings, the famous Brutalist-style Sirius building, and the only highrise in the Rocks. I’d often wondered about this building whilst passing it on the train. To some, it’s an eyesore, but it’s also a fascinating building featuring blunt, geometric designs and, up until recently, in the windows, flashing lights with a pleading SOS message: Save Our Sirius. This building has been denied heritage listing and all residents have been forced out to make way for redevelopment for luxury apartments. This building is an important part of the history of The Rocks and to see it demolished would be a great loss.

Wandering around the point to the newest section of the harbour area, Barangaroo, I was greeted with a stretch of parkland that runs right down to the water. It’s a beautiful area and a great use of space. It became even more scintillating when our guide informed us that Barangaroo is named for a First Nations woman who stayed true to her people and turned up to a colonial ball in Aboriginal dress — that is, completely naked. It’s an exciting sign of the times that a courageous and proud First Nations woman is recognised for her guts and strength. 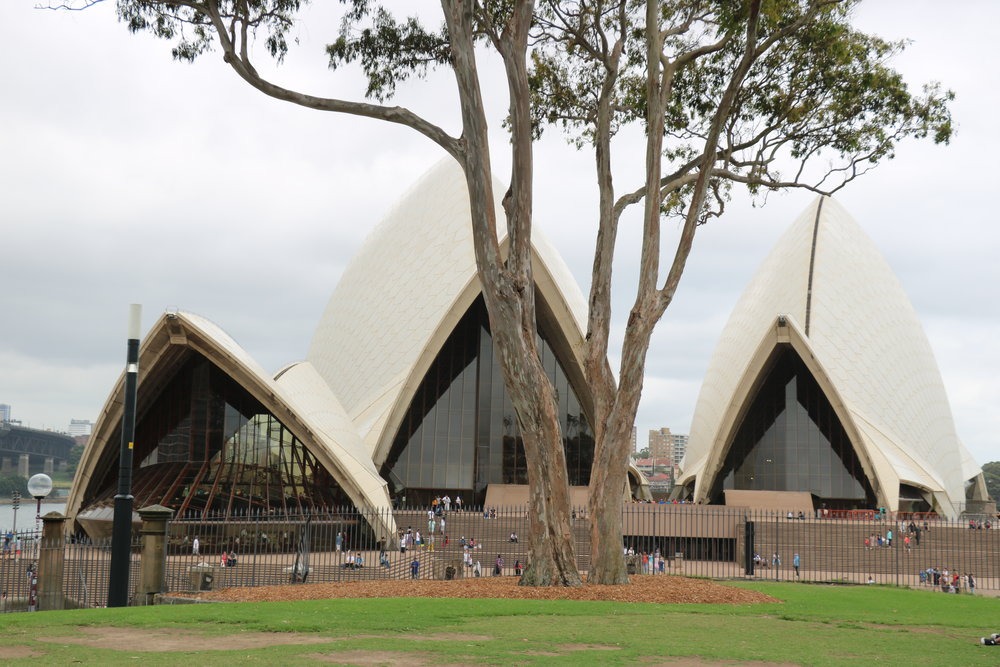 The Sydney Opera House, one of the most iconic buildings in the world | Photo by Emma Caldwell

Finally, strolling back across to the other side of Circular Quay, the sight of the Opera House and ferry wharfs from a high-up vantage point impressed and awed our group. I’ve lived in the city for two years now and I’m still breathless at the sight of the harbour when I stop to take it in. We were taken to the best vantage point for the whole harbour and then for the Opera House, looking into its huge windows from the Botanical Gardens.

Isn’t it funny how you can live in a city and never really see it until someone shows you where to view it from? Much more than just a walk and talk about convicts, this tour gave me a newfound appreciation for the history of this country, the people who made it what it is and the architecture and development of the area through the years.