Blog > It’s beer o’clock in Philly: Where and what to drink 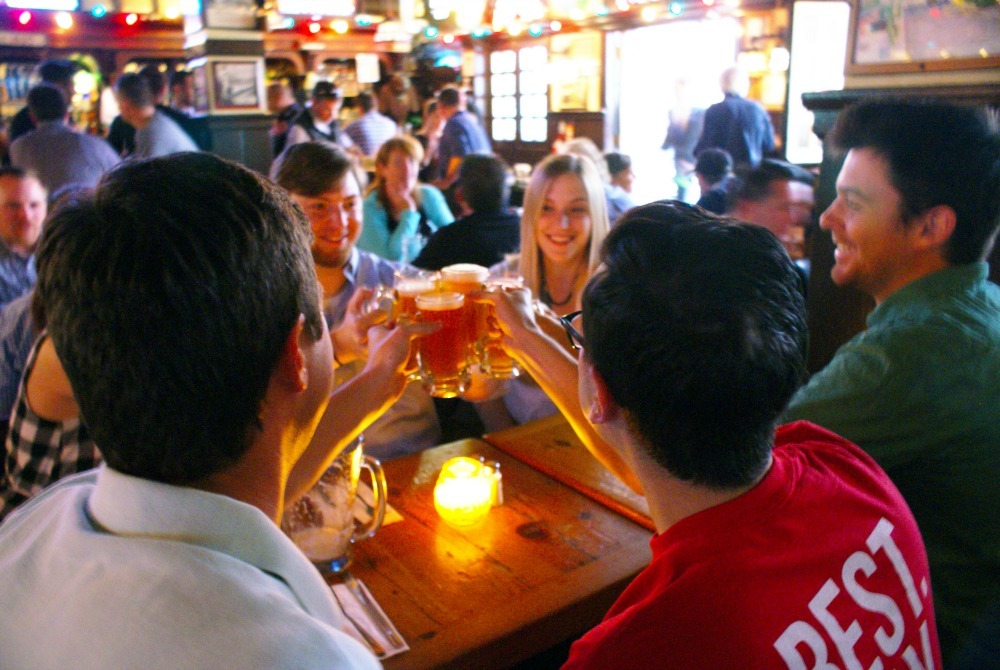 It’s beer o’clock in Philly: Where and what to drink

Philadelphia knows good beer. The city is home to an excellent craft beer scene, as well as plenty of great patios and pubs for imbibing the day away.

“Beer is the healthiest and most productive obsession we have in Philly,” jokes Jason, our local guide in Philadelphia and a true fan of the brews. Favourite local breweries he recommends include Yards, which has free beer tours on the weekends, and Philadelphia Brewing Company, an historic pre-prohibition brewery that runs free tours.

For a bit of history, head to McGillin’s Olde Ale House, Philly’s most famous Irish pub. McGillin’s is well-loved by locals and travellers alike, a status that’s only helped by the fact that McGillin’s has been brewing its own beer for ages — the most famous of which is its 1860 IPA. It’s crisp, refreshing and delicious.

It’s also worth popping into The Foodery, which is a beer aficionado’s paradise. The Foodery is one of Philadelphia’s premier bottle shops and has hundreds of craft beers from around the world lining an entire wall of the establishment — the only problem is trying to decide from such a vast selection what you want to drink!

Another favourite is Cavanaugh’s in the Rittenhouse Square neighbourhood. It’s the type of unassuming, low-key place that locals pour into after a hard day’s work to have a beer, see their friends and watch some sports. They have a number of local beers on tap, including Yuengling, which holds the prestigious title of being America’s oldest brewery. It’s here that you can also get a Philly specialty: giant soft pretzels (a mark of the city’s large ethnic German population).

The city also now has a booming beer garden scene. “In just about five years, Philly started with one or two beer gardens and there are now at least 30 now scattered throughout the city,” says Jason. Independence Beer Garden, Spruce Street Harbor Park, The Oval and SkyGarten are just a few worth checking out.

Beer fanatics know that late May to early June is the best time to get your beer on in the city. Philadelphia’s 10-day Philly Beer Week takes place at this time of year and includes hundreds of festivals, dinners, pub crawls, tours, tastings and meet-the-brewer nights.

To look like a beer-savvy local in Philadelphia, find whatever is local and seasonal, and you’ll fit right in. A seasonal sampling could include Yards’ Love Stout and Philly Brewing Co’s Joe Coffee Porter in the winter, Dogfish Head 90-Minute IPA and Nodding Head Saison in the spring, Victory Kolsch  and Flying Fish Farmhouse Summer in the summer, Sly Fox Oktoberfest in early fall, Neshaminy Creek Punkel Dunkel for pumpkin season, and Troegs Mad Elf for the holidays.

In our opinion, there are few better ways to get to know a city than over a beer with a local. Enter, our Philly on Tap tour! Discover the essence of this fascinating city through the rich flavours of Philly beer, a truly unique experience for both the avid fanatic and beer beginner.