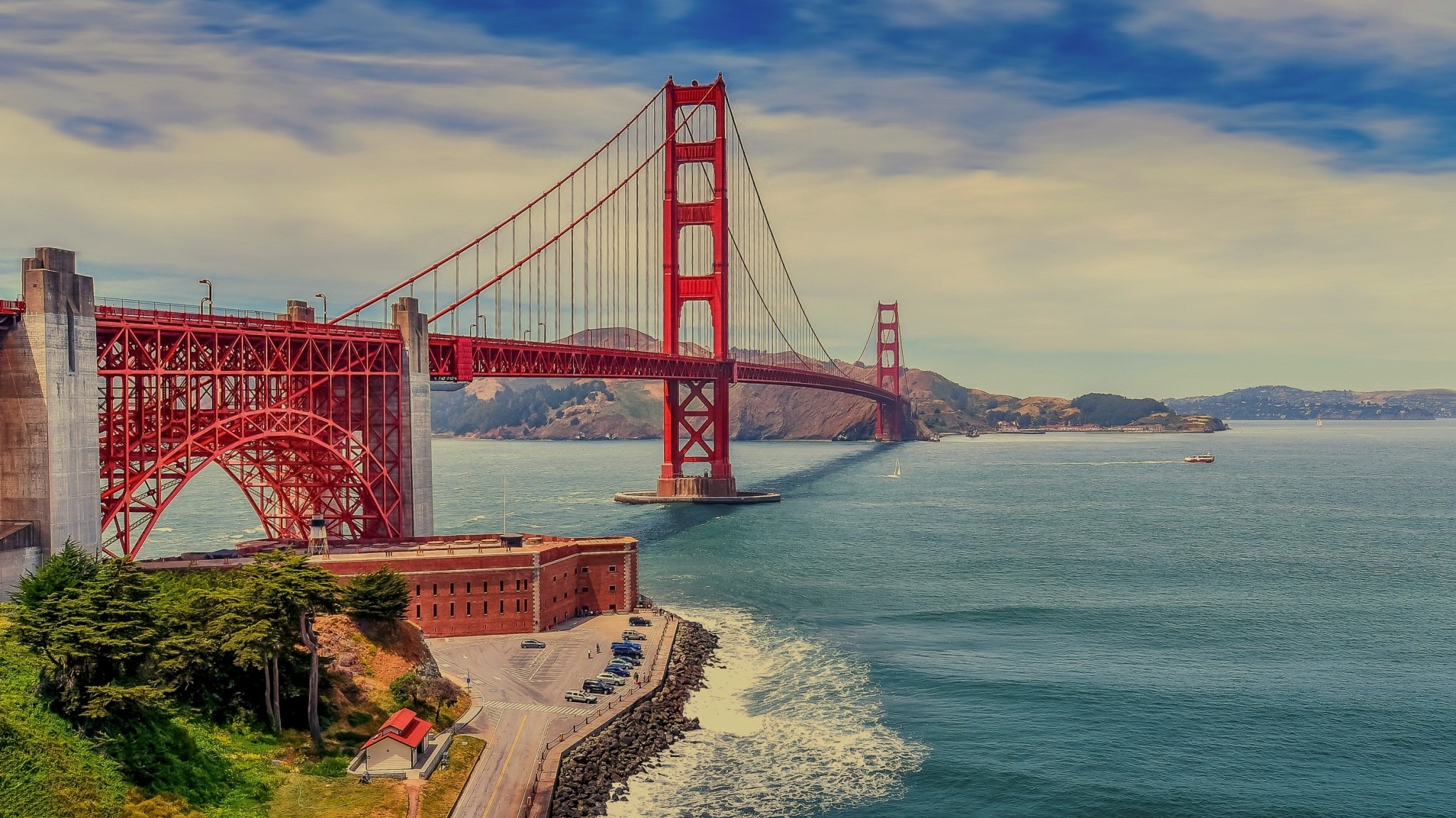 You’ve seen them in every ad, top 10 list, or article about San Francisco. They’re front and centre in any movie that features the city. They’re so iconic that the mere mention of them screams San Francisco. But you probably don’t know some of the facts and stories behind the city’s most famous icons.

The most famous bridge in the world was once considered a complete impossibility. High winds, the distance, currents, dense fog, and the navigational hazard it would present to boats all led most engineers to scoff at the idea of building a bridge across San Francisco Bay. Opposition from ferry companies, who then had a monopoly on transportation in the bay, was also a huge hindrance. Not to mention that when engineer Joseph Strauss proposed the project, it was the middle of the Depression and raising funds for any major project was nearly impossible. Nevertheless, in 1939, the bridge opened as the longest suspension bridge in the world.

Since the bridge would pose a navigational hazard to their ship, the Navy wanted a say in its colour. They proposed that that the bridge be black with yellow stripes. Luckily for all of us, engineers took a more aesthetic approach and went with its current colour, “International Orange.”  The bridge’s paint is constantly in need of touching up, and if you happen to catch a glimpse through the fog or as you are driving across, you will see a painting crew somewhere up there. They work continuously, finishing at one end and starting again at the other. The process of replacing all of the bridge’s original lead-based paint with safer, more modern stuff took a full 27 years.

As loved and iconic as it is, for some reason we love seeing it destroyed; the Golden Gate Bridge is the most destroyed bridge in movies. It’s been ripped out of the bay by Magneto, smashed by an octopus, broken in two by earthquakes, eaten by a giant shark, and overrun by hyper-intelligent apes. Where’s the love, Hollywood?

The infamous prison, visible out in San Francisco Bay, looks ominous at any time. Most people are familiar with its history as a high security prison for some of the worst criminals of the time, including Al Capone and George “Machine Gun” Kelly.

What a lot of people don’t know is the island’s history before that. Until the early Spanish explorers arrived in the region, the island was little used and rarely visited. Native Americans who lived in the region considered it haunted with evil spirits, and would often send criminals into exile on the island. It was fortified as a military garrison, because of its strategically significant location on the bay with a clear view out to the ocean. Once the civil war broke out, it was quickly repurposed as a high security detainment center for civil war prisoners. It didn’t become a federal prison until 1934, when the first group of 137 criminals were transferred there.

The prominent structure on top of Telegraph Hill is visible from just about anywhere along Fisherman’s Wharf. It’s famously said to resemble a fire nozzle, but this was not the architect’s intention; instead, it’s an interesting coincidence, considering the tower’s history.

The tower was built in honor of Lillie Hitchcock Coit, who was a San Franciscan debutante who became the patron of the city’s fire department. She’s a fascinating character, and from an early age had taken an interest in firefighting. As the story goes, at the age of 15 she saw a firetruck struggling to make its way up the hill. It was about to be passed by a truck from a competing fire company, so she threw her school books to the ground, raced over to the truck, and yelled, “Come on you men, everybody pull and we’ll beat ‘em.”  Throughout the rest of her life she would support the fire company, often going out on calls with them and riding in parades.  She was also a highly independent and unconventional woman, and was known for doing things like dressing up in men’s clothes to sneak into gambling establishments.

She left one-third of her estate to the City of San Francisco, for the explicit purpose of “adding to the beauty of the city,” and the funds were used to build Coit Tower.

San Francisco’s Cable Cars are the only moving National Historic Landmark, and the only manually operated cable cars still running anywhere in the world.  A ride on them is a must for anyone travelling to the city.

When you do hop on board, make sure you pay close attention to the people operating the car. First, you’ll notice the conductor. The first female (and African American) cable car conductor was none other than famous author Maya Angelou. After dropping out of high school at 15, she worked and argued her way into work as a cable car conductor.

The operator is called a grip man, and their job is one of the most difficult and coveted in public transportation. The cable car grip man training program has a higher drop-out rate than training to be a navy seal. Injuries, frustration with the long hours, or sheer exhaustion at the amounts of physical exertion involved drive people out of the training. The first female grip”man” didn’t work the job until 1997: Fannie Mae Barnes. The city has only had one other grip”woman,” Willa Johnson, who began in 2011.

One of the most popular spots to visit in the city, Fisherman’s Wharf has a bit of a reputation for being touristy and overcrowded. It hardly looks like it now, but Fisherman’s Wharf actually used to be a fully operating fishing wharf. As San Francisco’s population boomed during the gold rush, immigrants saw the opportunity to make a living by setting out to the seas. They would often return with their catches and sell them right there on the wharf to people passing by.

It’s inconspicuous and easy to miss, but Fisherman’s Chapel is a monument to those who lost their lives at sea — sailors and fishermen who played a major part in the city’s history. The wharf is still home to a number of commercial fisherman, and their catches can be found at many of the restaurants along the wharf.  It really is home to some of the freshest seafood in the city.

San Francisco’s famous hands-on museum was designed and built by none other than the brother of Robert J. Oppenheimer (known for his work on the Manhattan Project). Frank Oppenheimer had long wanted to bring creativity and the joy of discovery back to education, and decided to turn down an offer from the Smithsonian museums in Washington D.C. to pursue his dream project: the Exploratorium.

For what is currently one of San Francisco’s most famous and visited museums, the Exploratorium had a pretty inauspicious opening. As Frank Oppenheimer recalled, they simply opened the doors to the large, warehouse-like building that housed the original Exploratorium.  After a while, a couple of confused joggers came into the building, ran in a big loop around the building, and then jogged right back out the doors.

One of the best days to visit the Exploratorium is on Pi Day — not only is admission free to anyone, but the museum celebrates the mathematical holiday by serving up plenty of activities, presentations, and, of course, pie.

San Francisco is a city for the adventurous, a city of great beauty with a history of outlandish behaviour and eccentric characters – that’s where the quirky and fun reputation comes from! Discover the world-renowned iconic landmarks, friendly neighbourhood markets, scenic spots, and culinary delights of this wonderful city on one of our unique San Francisco tours with a local guide.