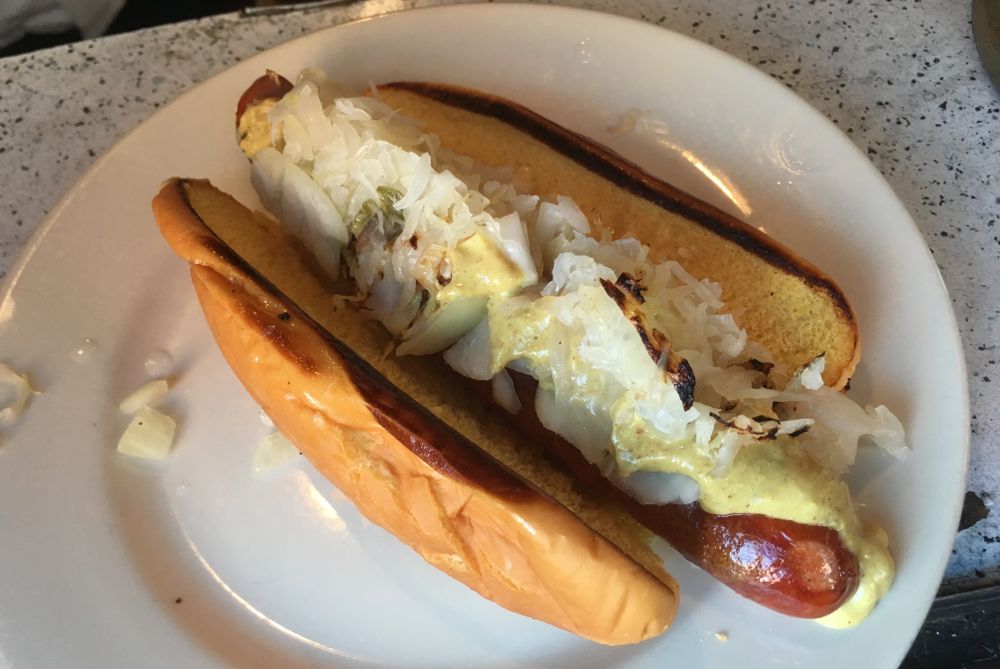 The hot dog that’s also a piece of NYC history

You can’t turn a corner in New York City without finding a hot dog vendor — but there’s only one guy in town who can stake claim to selling the most authentic and historic street dog in NYC.

But first, a bit of necessary history. The hot dog was invented by Charles Feltman back in 1867, out in Coney Island, Brooklyn. A German immigrant who worked as a baker, he come up with the idea of baking a bun and stuffing it with a Frankfurt sausage, which would make it easier to eat on-the-go, and eliminated the need for plates and silverware.

Feltman eventually opened up a huge restaurant (one of the world’s most famous) and beer garden in Coney Island. One of his employees was a young man named Nathan Handwerker, who worked as a bun slicer. Nathan got a loan from two singing waiters, Eddie Cantor and Jimmy Durante, to open up his own hot dog restaurant across the street. Feltman’s went out of business in the 1950s and today Nathan’s Famous is on every New York street corner.

That brings us to today.

Michael Quinn is a Coney Island historian and tour guide, who decided to bring the original hot dog back. He bought the Feltman brand and recipe from the original Feltman family and now sells his hot dogs out of a little window in the East Village and has a location in Coney Island. His hot dogs can also be found in grocery stores for you to grill at home. 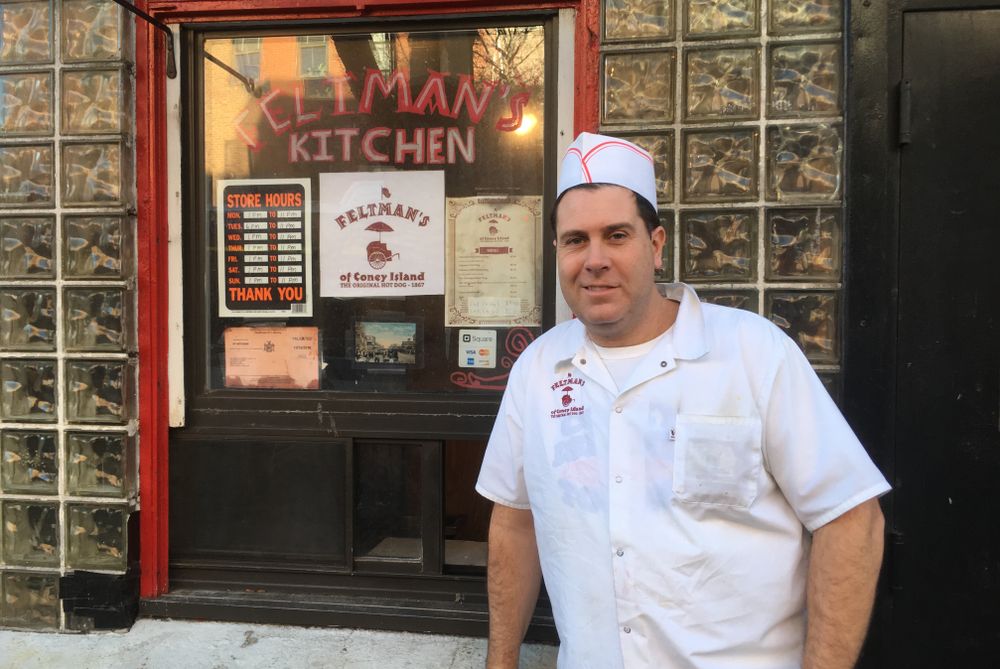 As for what makes Feltman’s hot dogs the best? They’re better than any of the dirty water dogs you’ll find boiled from food carts. They’re actually better than any hot dog you’ll have anywhere. This hot dog feels cleaner and healthier — it tastes meaty without feeling overly greasy or salty. Because it’s all real ingredients (all beef in a lamb casing) and contains no nitrites (they use celery salt as a preservative), it doesn’t leave you feeling heavy or bloated like many hot dogs do. Plus it tastes great and features a consistent snap that gives it texture and adds to the juiciness.

Feltman’s Kitchen is open for lunch and dinner every day except Tuesdays. It’s less crowded during the day but any time is good and you can sit and pair it with a drink at the bar.

How to find it: 80 St. Marks Place (between First and Second Avenue), Manhattan. It operates out of a window at the William Barnacle Tavern. If you find the bar, you’ll find the stand.

What to order: Feltman’s Original Hot Dog, topped with onions, grilled sauerkraut and mustard, served on a grilled potato bun.