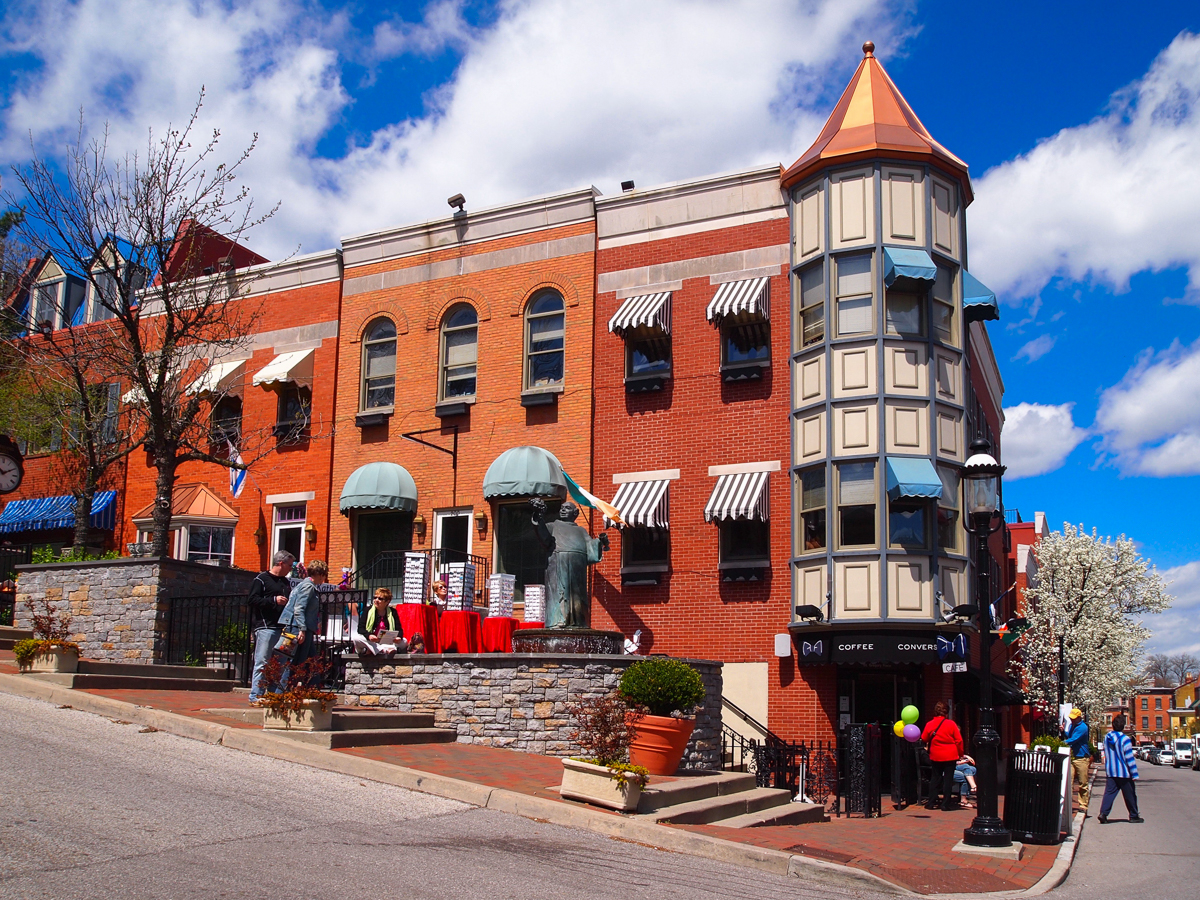 The complete guide to: Cincinnati travel

Sherry Hopkins
Because I’ve lived in Cincinnati, Ohio, most of my life, when the opportunity to start Cincinnati Urban Adventures presented itself in 2016, taking people on tours of my city, I was thrilled! I love to see people have fun and smile. I currently have four tours and my most popular tour is The Nati in a Nutshell. The tour begins in Over-the-Rhine at Findlay Market, which is Ohio’s oldest market, dating back to 1852, before Abraham Lincoln was President.
Cincinnati
Complete Guides
North America
USA

Cincinnati has a little something for everyone, whether you’re a foodie, a beer drinker, a sports fan, or someone who loves to museum-hop. When you’re ready to start exploring, this right here will give you everything you need to know about visiting Cincinnati, from getting to and from the airport, to the best Cincinnati books you should read, and the cool local spots you should check out.

Getting to and from CVG

The Airport Express is the easiest and least expensive way to get into town from the airport.  Buy a ticket on board (USD 2) and you’re good to go. Just remember to have exact fare since no change is given. In general, buses run every 30 minutes, and the trip takes about 30 minutes and operates from 5am to midnight, including public holidays. Buses depart from the east end of baggage claim.

There are a lot of ways to get around Cincinnati, depending on where you need to go and what you plan on seeing and doing.

Public transit: The metro will get you almost everywhere you need to go in Cincinnati.  The fare depends on where and how far you’re going, but a day pass is USD 4.50 for Zone 1 and USD 6.30 for Zone 2, which as a visitor is likely all you’ll need. The pass gets you unlimited rides until 3am the next day on both the Metro and the streetcar.

Streetcar: The Cincinnati Bell Connector is an electric mode of transportation that makes a nearly six-kilometre loop connecting key communities in the city’s urban core, and passes many of the major tourist attractions.  Running up to 18 hours a day, 365 days a year, it’s a convenient alternative to the metro. Tickets are USD 1 for two hours or USD 2 for an all-day pass. Use the metro site to help plan your trip.

Biking: The Cincy Red Bike program, with over 50 pick-up/drop-off locations, is a fun way to see Cincinnati and certain areas of Northern Kentucky. A day pass costs USD 8 for 24 hours, but you need to check into a station every 60 minutes. Consult the map to get a feel for where the stations are found.

Walking: Cincinnati’s compact downtown makes getting around incredibly easy by foot. The city was also ranked 20th in the U.S. for walkability, according to Prevention Magazine and the American Podiatric Medical Association.

Things to do in Cincinnati

If you’re in Cincinnati between April and September, attending a Reds game a must if you’re a baseball fan, especially since you’ll be on the home turf of the United State’s first professional baseball team. Tickets start around USD 13 and you can buy them online.

Beer fans take note: Cincinnati was once known as the beer capital of the world, which makes it one of the best places to experience Oktoberfest outside of Munich. Celebrations are usually held the third weekend in September.

If you’d like to have a taste of Cincinnati’s food scene, you can do that by attending Taste of Cincinnati, a street festival held over Memorial Day weekend each year in May. Over 40 restaurants participate and there are usually over 100 dishes to choose from, as well as lots of local food trucks serving up their own specialties.

Findlay Market, opened in 1855, is a great place to wander. Located in the historic Over-the-Rhine neighbourhood, the market is open year-round. But on weekends from April through November, you’ll also find a farmers’ market, food vendors, streets filled with outdoor vendors selling handmade goods, street performers, and many special events.

Cincymusic.com is the site used by Cincinnati locals to check out what’s on in the world of live music in the city, so if you want to experience the awesome music scene here in Cincinnati, checking out this site is your first step!

Cincinnati on the big screen

Carol, starring Kate Blanchett, or Rain Man starring Tom Cruise and Dustin Hoffman, were both partially filmed in Cincinnati and are perfect movies to watch to get you in the mood for Cincinnati! On the small screen, of course we must acknowledge the classic WKRP in Cincinnati, a TV show about the quirky employees at a Cincinnati radio station.

Over-the-Rhine, a husband and wife folk duo from Ohio, delivers the best music for roaming around Cincinnati.

Looking for a good book to read that oozes Cincinnati? Check out Cincinnati: From River City to Highway Metropolis by David Stradling, assistant professor of history at the University of Cincinnati.

A local’s guide to Williamsburg, Brooklyn, NYC
What lockdown has been like in Philadelphia
Philadelphia Wellness Guide: Healthy Eating, Exercise Options and More
A Simple Guide to Thai Temple Etiquette
Ultimate Guide to Being Vegan in Philadelphia