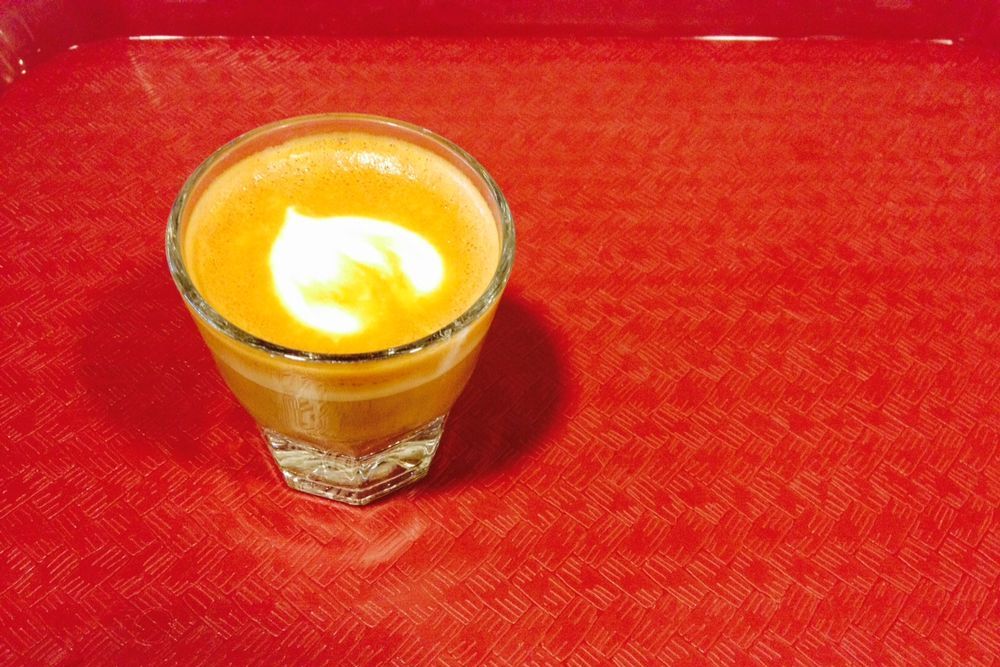 Short and sweet. It’s finally hit LA’s hippest coffeehouses and I’m in a cortado craze. Also called a “Gibraltar,” this perfect little package of an espresso drink combines equal parts espresso and steamed milk in a glass tumbler. It’s the livelihood of most Moroccan café owners — where men sip nos nos (half-half) for hours on end.

That’s where I fell in love with the drink but never even thought to ask for it States-side. When I lived in Morocco, a nos nos was a necessary part of my day, an inexpensive pleasure over which meetings were held, politics discussed, people watched and life contemplated. It could be drunk quickly in the case of an afternoon work break, or sipped slowly over a setting sun. For me, this drink is symbolic of the Moroccan lifestyle.

As LA coffee culture has grown increasingly international, many everyday coffee drinks from around the world have made their way onto our coffeehouse chalkboards. When I asked what a “Gibraltar” was the first time I saw it, I was ecstatic — it’s a nos nos, I exclaimed!

I immediately thought it must have migrated from Morocco to Gibraltar, or vice versa, but now I’m wondering if has anything to do with the rock island being half British and half Spanish… a quick internet search tells me that West Coast breweries, like Blue Bottle, started serving the drink in a glass called a “Gibraltar” (thanks, Wikipedia) and that most East Coasters still call it a cortado.

A perfect example of how coffee drink names can be confusing, the cortados I’ve ordered in Cuba were served with a much smaller portion of milk, which makes sense since cortado means “cut” in Spanish and refers to an espresso just “cut” with milk. Back in Morocco that would be a qahwa mhersa, or “broken coffee.”

Depending on which country you’re in, you may need to order a piccolo, galao, cortadito or noisette, all with slight possible variations on the above. In short, I may have found my drink here in LA, but that doesn’t mean I’m set anywhere else in the world!

All this coffee talk has really done my head in and I think I need a cortado to sort it out.

Here’s where to find a good cortado in Los Angeles: Tiago Coffee Bar and Kitchen on Hollywood Boulevard, Coffee Commissary on Fairfax Avenue (also one on Olive in Burbank) and G&B Coffee at the Grand Central Market.