Blog > Eat around the world in Washington DC’s Dupont Circle 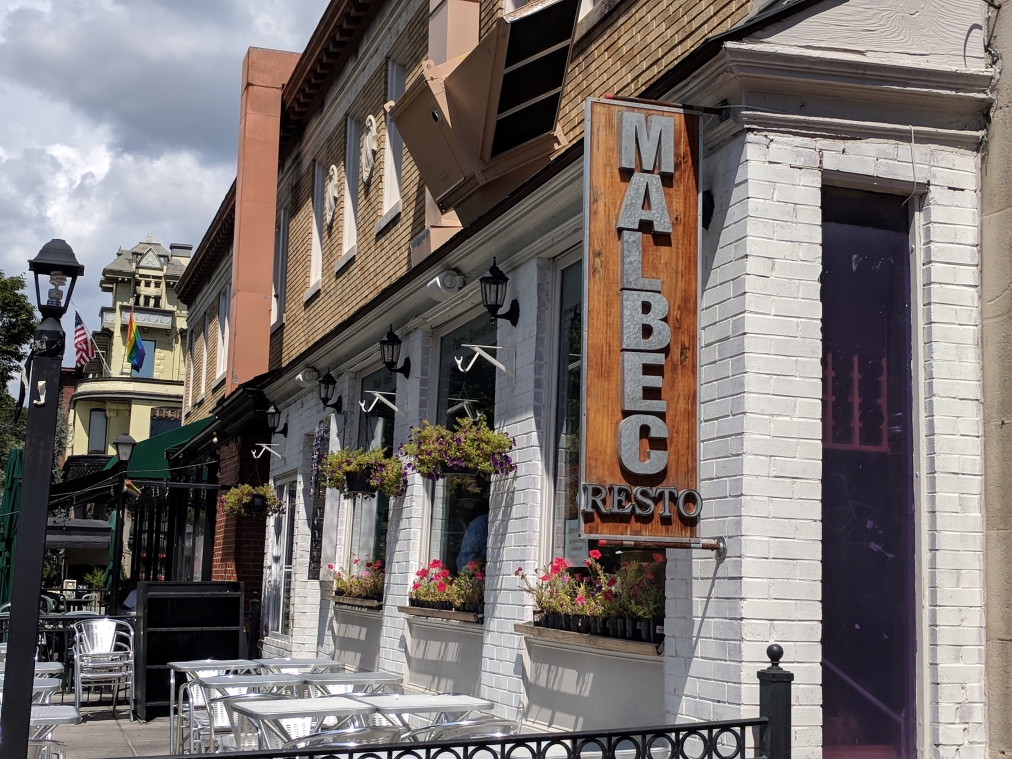 Eat around the world in Washington DC’s Dupont Circle

For more than a decade, Passport DC’s ‘Around the World Embassy Tour’ has taken visitors inside Dupont Circle’s famed Embassy Row. Dozens of embassies open their doors and offer guests a taste of their unique cultures. And we do mean taste: each nation serves up regional cuisine alongside artistic and historic demonstrations. But if you aren’t in Washington DC for the embassy tour, we’ve got six internationally-inspired restaurants/cafes you can visit year-round!

In 2013, a 489 lb. tuna was sold in Japan for $1.8 million dollars! You won’t even have to spend a fraction of that to enjoy some fantastic sushi, ramen, and tempura at Sakana. The name “sakana” either means “fish” or “food eaten with sake” – sorry, it’s the best we could do with Google Translate. But either definition applies to this subterranean haunt. Bring a friend to share the variety of raw and cooked dishes available at this local favourite. It’s not flashy, but the food more than makes up for its unassuming façade.

The weather in Washington DC won’t often draw comparisons to Finland, but the Nordic comfort food at Mikko has District residents dreaming of snow days. The brainchild of chef Mikko Kosenen, this casual café emphasizes local, seasonal ingredients. Every dish is treated simply, using traditional techniques. You’ve got to try the fish soup and any one of the open-faced sandwiches on the afternoon menu (we’re big fans of the gravlax). Stick around for an evening menu of small plates, or finish things off with their house-made skyr panna cotta. Helsinki never felt closer!

St. Arnold of Metz was a Frankish bishop famous for his association with beer. One miraculous story involves a parishioner who, on a long journey to Metz during a very hot summer, prayed to St. Arnold for relief. The small amount of beer in the parishioner’s pot then multiplied in great enough volume to quench the pilgrim’s thirst during the rest of the journey. The beer – and mussels – are also in miraculous supply at St. Arnold’s DC namesake. If you prefer your international cuisine with a local twist, you can get your mussels “Eastern Shore” style – tossed in Old Bay seasoning, corn, potatoes and of course, beer. You can catch our guides here during the Dupont Circle Beer Tour – they never miss a chance to enjoy a beer and pomme frites.

Malbec grapes aren’t native to Argentina – they were introduced from France during the 1800s – but the wine bearing their name is now synonymous with that country. At Malbec the restaurant, beef and wine are in plentiful supply. Various seafood and paella options round out the menu at this charming 17th St. outpost. The French influence doesn’t stop with the wine – crêpes are the perfect way to sweeten up your meal. Argentina may be internationally known for its futbol, but sampling its cuisine should be your number one goal (sorry, we couldn’t help ourselves).

Germany may not feature the highest number of beer drinkers per capita (that honour goes to the Czech Republic), but the Germans stand alone when it comes to serving large volumes of beer. Look no further than Oktoberfest. It may only come once a year, but you can always pretend you’re in Munich at this rooftop beer garden. The draft list often features Oktoberfest-approved breweries like Spaten and Paulaner alongside other historic breweries like Weihenstephaner. Don’t be surprised to see American interpretations of traditional German styles, too. No visit here is complete without snacking on a giant, two pound pretzel. Join us on the Dupont Circle Beer Tour to enjoy these brews in the company of one of our beer-loving guides. Prost!

Let’s be honest; it might take you a few guesses to point out Eritrea on a map. This country, which is only slightly smaller than Greece, is positioned north of Ethiopia and features many of the same culinary influences. Keren has been serving up Eritrean specialties north of Dupont Circle for almost 40 years. Injera (spongy, sourdough flatbread) and wat (spiced stew) share a menu with less-familiar items like eggs silsi, scrambled eggs served in a zesty tomato sauce with a side of crusty rolls. It’s the perfect hangover cure if you spent a little too much time at Sauf Haus the night before.