Blog > How to eat pho in Ho Chi Minh City 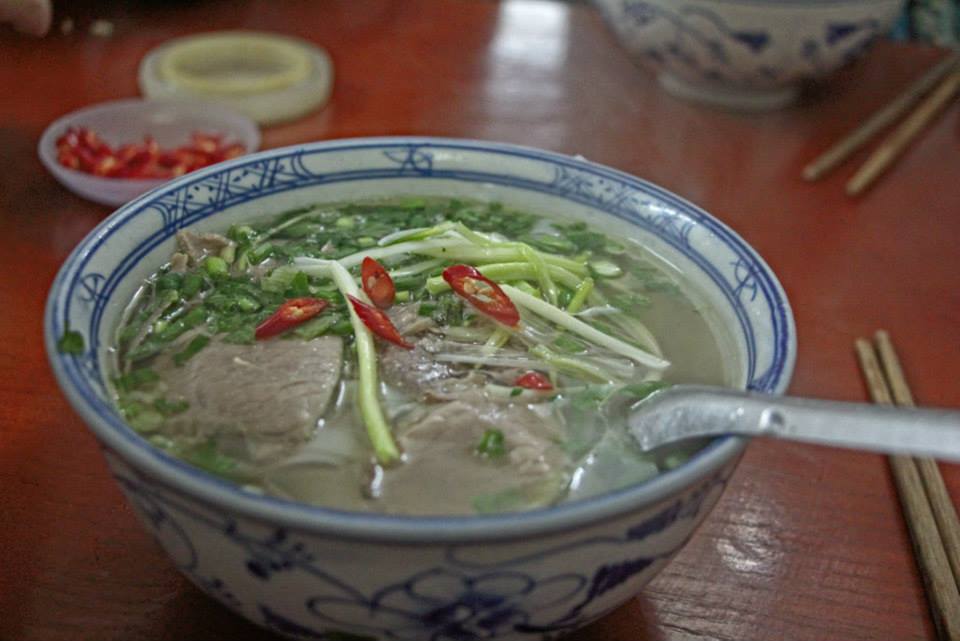 How to eat pho in Ho Chi Minh City

We asked Nhi Pham, our local guide and expert in Ho Chi Minh City, about how to eat Vietnam’s most famous dish like a local in her city.

Pho in Ho Chi Minh City is a bit different from what you’ll find in Hanoi and other northern cities. In the south, we like our food more spicy and sweet — because of this, your soup will always be served with two jars of soy sauce and chili sauce that you can use for dipping your chopsticks or mixing into your soup (however you like to do it is okay!). This is the biggest variation between northern and southern pho, but the broth is also quite different. The pho broth in Hanoi and the vegetables used are all quite simple compared to our more complex version in the south. And you can only find pho with beef balls (my favourite!) in southern Vietnam.

When you order your pho in HCMC, it’ll be served with a dish of herbs (coriander, Thai basil, mint, etc.), a wedge of lime, and the two jars of soy sauce and chili sauce that I mentioned. Locals also like to put some fresh sliced chilies or a few drops of fish sauce into their soup (as we do with most of our dishes!).

Most pho is typically made with beef fillet, although you can get other kinds. There is vegetarian pho available, but honestly, it’s rare and you won’t find it in a truly local place. The beef balls that I love are made from ground beef boiled into a hard ball.

When your bowl arrives, put the herbs in first, then squeeze the lime into the bowl. Add a few tablespoons of soy sauce and chili sauce (believe me, it won’t be too spicy and the chilies are a must!), and a few drops of fish sauce.

You’re going to get both chopsticks and a spoon to enjoy your pho — if your chopsticks skills aren’t great, feel free to ask for a fork instead. It’s totally okay, and we’d rather people enjoy our food than be stressed about how to eat it! Use your spoon for the broth and the chopsticks for the pieces of meat and noodles. We typically hold the chopsticks in our dominant hand and the spoon in our other hand, but just do whatever is comfortable.

Something to note: we don’t slurp our noodles in Vietnam. Unlike in Japan, where slurping is seen as a compliment to the cook, here it just looks odd to locals. If you’re good with chopsticks, you shouldn’t end up making any mess (and if you’re not good, just get that fork!).

At the end of your bowl, you’ll likely have a lot of broth left. Don’t worry, even us locals don’t usually finish it all. We typically use the spoon to finish as much broth as we want, rather than drinking straight from the bowl.

Some of the best and most famous places for locals to get pho in Saigon are Pho Le (Nguyen Trai street or Vo Van Tan street), Pho Phu Vuong (Le Van Sy Street), Pho 2000 (near Ben Thanh Market), and Pho Hoa (Pasteur Street). Locals tend to prefer pho for breakfast, but I say any time is a good time, and most pho shops are open all day long.

There you go! The perfect pho, totally enjoyed the local way, gathered from my knowledge of eating pho for 26 years!

For most travellers, Ho Chi Minh City (affectionately still called Saigon by locals) is primarily the gateway to the Mekong Delta and nearby Cu Chi Tunnels — both of which we highly recommend — but there are also lots of fantastic things to explore within the city limits. From the heartbreaking War Remnants Museum to luxe shopping strips, gourmet restaurants to delectable street stalls, HCMC is a taste of all Vietnam has to offer. Get the local experience downtown or in the countryside on a Ho Chi Minh tour.