Blog > How to escape the cliché in LA 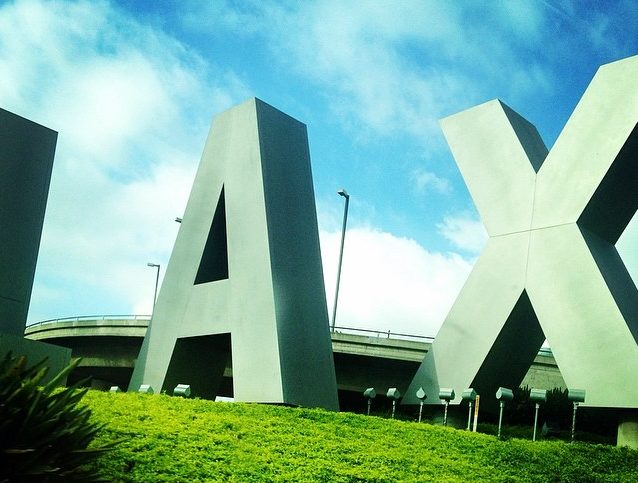 How to escape the cliché in LA

“Jen, for real, I just saw Jack White,” my 13-year-old sister said this while standing in line for pizza at Los Angeles’ LAX airport.

“Okay, Steph,” I said, rolling my eyes, definitely not believing her.

Seconds later, the lead singer of The White Stripes walked in for a slice. I quickly grabbed my mom to snap a picture of us. He happily obliged.

But in typical mom form, our mother pointed the camera at the three of us and shouted, “Okay, now say bologna!” Face palm.

Fast forward 12 years later. I was in Australia, about to fly to New Zealand, when someone told me over a few pints (I mean schooners — sorry Aussies) that I wouldn’t be let into their neighbouring country unless I had an outgoing flight booked. With no current plan in mind, I made a spur-of-the-moment decision to meet up with my Toronto bestie Jenn in Los Angeles and hang out with LA-based friends we had met the year before while competing on the fake Amazing Race (that’s a whole other story).

I had only been to Los Angeles once prior (the previously mentioned cheesy mom incident) and to be honest, wasn’t the biggest fan. To be fair, it was 2003 and I was an angsty dealing-with-my-parents’-divorce teenager with awful blonde punk rock hair and an attitude problem. Looking back, my mom truly did try to make that trip great. She rented a red Mustang and drove my kid sister and me around to the Hollywood sign, Disneyland, and Walk of Fame. But still, my idea of the City of Angels was driving, traffic, and cliché Hollywood crap. I’m sure the embarrassing airport photo didn’t help.

So when I arrived last year to visit my friends, I already had an idea of the city in my head. Spoiler alert: my opinion quickly changed. And I owe it to a few locals who showed me there’s far more to LA than the Walk of Fame and celebrity selfies. To prove how great their city was, on our first day, our friends sent us out on a city scavenger hunt to discover their favourite spots.

“This is what you need to see,” they insisted, excitedly writing down instructions.

The Fountain Coffee Room, a coffee shop and diner in the basement of the famous Beverly Hills Hotel, will make you feel like you’ve been transported back in time (it has been opened since the late ‘40s). Instructions: walk in, sit up at the retro bar, order a coffee (and the life-changing waffles), and imagine yourself sitting next to Marilyn Monroe or Audrey Hepburn.

Located on the corner of Walden Drive and Carmelita Avenue, smack in the middle of a modern-day residential neighbourhood, is the Spadena House (first owned by the Spadena family in the 1920s), a storybook home that legit looks like something out of Hocus Pocus (it’s also been called the “quintessential Hansel and Gretel house”). 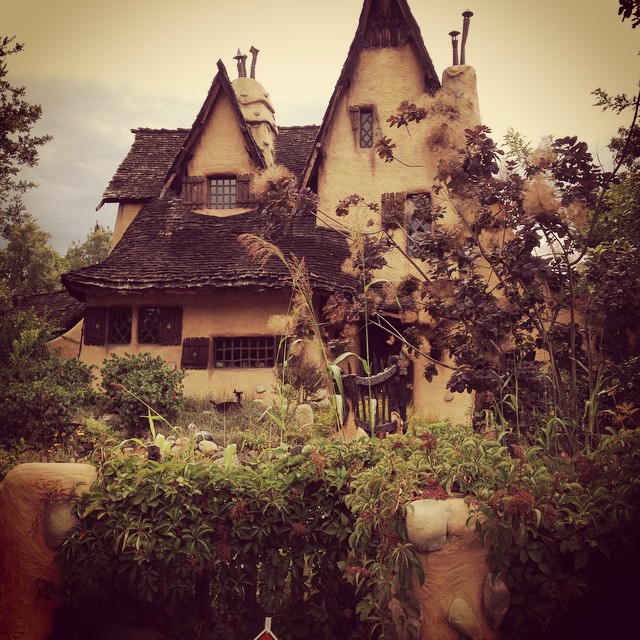 Okay, I must admit this is kind of touristy, but we were in Los Angeles! We had to do something that screamed Hollywood. Channel your inner ‘90s soap opera star, swipe your credit card at some of the trendy, eclectic shops, and snap your photo under the iconic street sign. Also, fun fact: the street is only four blocks long.

The Original Farmers’ Market at Third and Fairfax (and next to The Grove outdoor shopping mall) should be a destination for any foodie. Seriously, the food there is some of the best I had while in LA. I’m still having visions of the pulled pork sammie.

Our friend Kenny, an author, and fellow word nerd like Jenn and myself (who met in publishing school) sent us to his two favourite bookstores: Book Soup (fun vibe, huge selection) and, located in an alley next door, Mystery Pier Books, a first edition book shop (magical).

Apparently we had “just missed” Johnny Depp shopping at Mystery Pier. We laughed en route to our bonus, sixth scavenger hunt location (the Los Angeles County Museum of Art) and Jenn asked me who would be the one celebrity I’d want to meet in LA. Funny man, Jason Segel, obv.

Want to guess who we met 20 minutes later?

I’m sorry, dear Urban Adventures readers, I have no photo evidence, so you’ll just have to trust me on this one (he was on a date, and I felt rude asking). But, I did say, “Jason, we love you!” probably a bit too loudly, as (a) we were in a museum and (b) he was standing two feet from me. But, he did say, “thank you very much,” so I consider that a success.

I don’t know what the message here is, other than: