Blog > The many faces of New York: Why revisiting a city is always a good idea 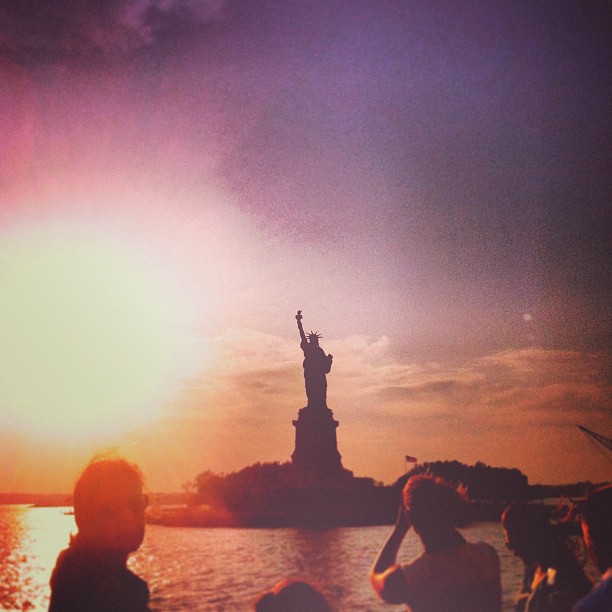 The many faces of New York: Why revisiting a city is always a good idea

I once had a friend who told me she only travelled to a city or country once.

“Because you know, been there, done that — it’s the same each time. Plus, there are so many other places to see.” While I can’t argue with her second point, regarding the first, well, I beg to differ. Case in point: I’ve been to New York City three times now, and each time was thoroughly different.

I was 11 years old, living in Boston with my family. We popped down to the Big Apple for three nights. A lot of people will dismiss a childhood travel experience as ‘not counting,’ but I disagree (again). Sure, the details of the visit are hazy, but the impression it left packed a New York-sized punch. I think it was the first time I ever had an emotional reaction to a city; it was certainly the first time I ever felt as if a place was…alive. Mostly it had to do with scale: I was small and New York was not. It rose around me like an immense glass forest, powered with the electricity of eight million lives. It was totally intimidating and completely thrilling.

At 11, so much is still new. Our emotional reactions are purer, uncomplicated by experience. I wasn’t there to judge or analyse or compare. I simply looked. And felt. And absorbed. There’s something to be said for travelling when you’re a kid, when your ideas about the world are as watery as unset jelly. I remember this one moment on top of Rockefeller Center, standing in the wind with my mum and asking her the names of the other cities soaring up around us. Pointing towards uptown, downtown, and Brooklyn, she told me they were all part of New York. Until that moment, I’d thought of cities in purely visual terms: as clumps of skyscrapers. My world view was blown open. At some point during that trip, New York embedded itself in me like a bullet, and I decided I’d one day go back to live. 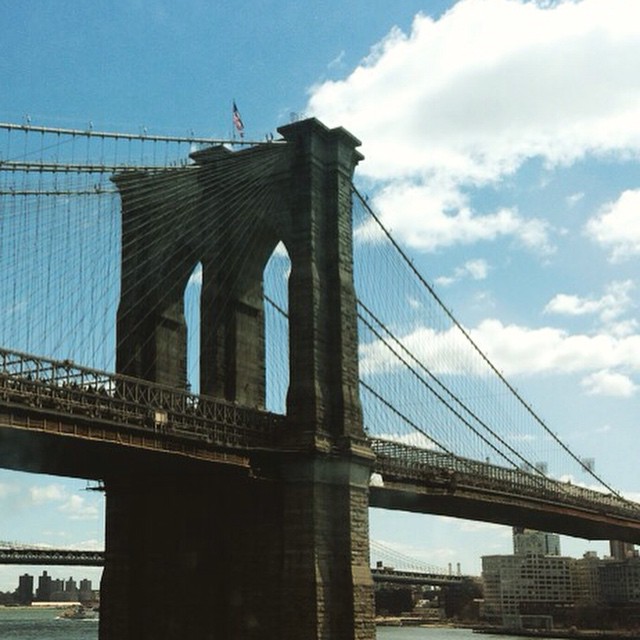 Was in 2010 during the height of American summer. I was on my way to California for university exchange and spent two weeks in the city with a friend. New York is a different beast in every season. The tableau changes, the mood shifts. Winter is about ice-skating in the park, poking around museums, and drinking fireball whisky in toasty, low-lit bars. Summer is about lazing around Central Park and walking so much you wear holes through your shoes. And drinking iced whiskey in rooftop bars.

This time around, I was experiencing NYC as an adult, which was intoxicating in a different way. We spent a week in a Brooklyn hostel and another in a tiny, sixth-floor apartment in Tribeca, sandwiched between a dance and photography studio. We drank wine on the fire escape, wandered through endless art galleries and bookshops, and stayed out ‘til dawn. I romanticised everything. There was so much to take in that I’d missed as a kid: nightlife, food, fashion, history, culture. Harlem’s gospel churches, the Puerta Rican flavours of Williamsburg, Jewish immigrant history on the Lower East Side. It had all meant nothing to me at 11; now, at 22, it was fascinating. 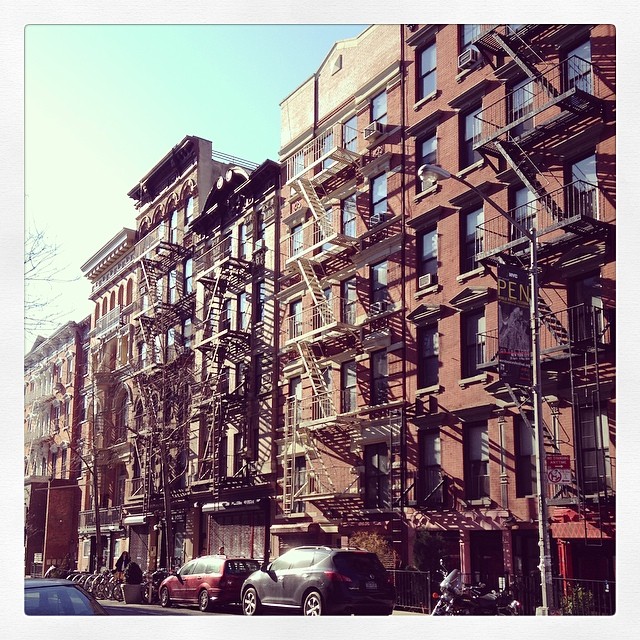 Was a year ago, when, saddled with too much luggage and not enough money, I made the uncertain move to New York to look for a job. The experience was a tough one, to be honest. The job hunt was fruitless, the snow was endless, and I was lonely. The whirring beehive of New York is a hard place to be lonely. If you don’t rise to its level, it’ll leave you left behind.

That being said, I’m glad I went, and I’d do it again. Living there allowed me deeper access to the different dimensions of life in the Big Apple. I spent a lot of time on the subway. New York subway carriages are microcosms of American society, rattling stages that play host to a diverse cast of the city’s characters, 24 hours a day. The phrase ‘from all walks of life’ must have been born here. If there’s one thing to be said about New York City, it’s that it embraces everything in full swing. Work. Play. Grit. Life.

Revisit a place you’ve been before, and you’re bound to have a different experience each time. Not better, not worse: just different. Cities change: neighbourhoods blossom and fade, new cultures arrive, infrastructure improves (hopefully). Our experiences in those cities change: we meet new people, explore new areas, and go deeper into the aspects we enjoyed the first time round. I’ve been to the Natural History Museum three times now, and I never get sick of walking across the Brooklyn Bridge towards Manhattan at dusk.

And last but not least, we change. A place can mean totally different things at various times throughout our lives. In my life, New York is an ever-changing constant (although I like to invoke that original wonder I felt when I was 11 as often as possible). All due respect to that friend of mine, but I think she’s just plain wrong. Going back is always a good idea. Start spreading the news, folks.