Blog > How Do You Find An Urban Adventure? 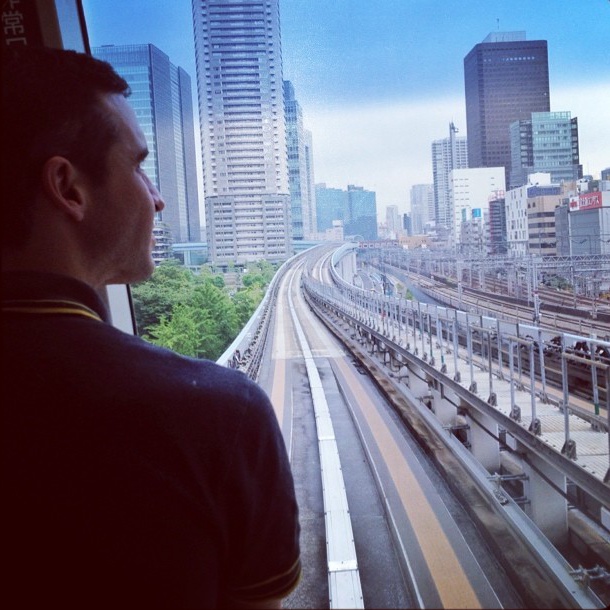 How Do You Find An Urban Adventure?

On this week’s Travel Talk On Twitter, we caught up with Intrepid Travel and the Twitter community to talk urban adventures. We were so inspired by the diversity of stories and suggestions that we rounded up our favourite responses so you can get inspired too!

1. What’s your favourite city to explore & why? via @Frances_M_B

A1 Hong Kong is fabulous but so much more than just Kowloon… worth taking time to explore! #ttot

A1. Berlin, because it’s full of surprises. Not just historical but modern and post-modern too. #TTOT

2. What’s your must do activity in a new city? via @drinkteatravel
Couldn’t have said it better ourselves! Mastering public transit and wandering the streets allow you to see how locals live and travel their city. Eating street food immerses you in the local cuisine with a sort of urban buffet. We love the idea of checking out a local supermarket – in fact, part of our When Pigs Fry tour takes you inside grocery store to learn the origins of pork distribution in Hogtown!

A2: The first day, I take a long, rambling walk with no destination in mind. On Day 2, I learn how to use public transport system #ttot — Laura Powell (@dailysuitcase) August 5, 2014

@Intrepid_Travel A2. Eating street food is my must-do activity in any new city (esp. in Asia)! #ttot — AntiTouristTraveler (@AntiTourist) August 5, 2014

A2. Go to a local supermarket. Love seeing the differences in food and household items. #ttot — Inga Rós (@Inga_Ros) August 5, 2014

3. What and where are some of the most unusual/offbeat activities/events you’ve encountered in cities? via @VoyagerVicki

Being in a Bollywood film is definitely near the top of our bucket list! Until then, you’ll find us exploring the neighbourhoods of Tokyo, and checking out graffiti in Williamsburg and Kreuzberg!

A3. Asking (and obliging) to be an extra in a Bollywood movie in Mumbai – memorable to say the least! #ttot — Sam Hopkins (@samhoppie) August 5, 2014

A3 Discovering little corners of Tokyo that feel like you traveled back in time a few decades. Golden-gai, Asakusa… #ttot — Ayako Ezaki (@ayakoezaki) August 5, 2014

A3 – we always seem across to come across great street artists. Some incredible graffiti artists working the last time we were away! #ttot — TS Properties (@tsproperties) August 5, 2014

4. What’s your best story-worthy urban adventure you’ve ever had? via @AntiTourist

Often the best story-worthy urban adventure isn’t the craziest or the most exciting, but the one that was unexpected and allowed you to experience the city like a local. Paris is not a bad place to end up in on a trip to Barcelona, and we absolutely love getting lost (purposely of course) in zesty Zanzibar with all those amazing handmade wooden doors.

A4: 4 am -Tsukiji market #Japan to sit back & watch the worlds biggest fish market-then eating breakfast with the fishermen afterwards #ttot

A4 On a train to Barcelona ended up in Paris (oops, wrong train) but most exciting & spontaneous 3 days! #ttot

A4. I loved getting lost in the little alleys of Stonetown, discovering old mosques and marvelling at the gorgeous Zanzibari doors #ttot

5. Share your fave photo from an urban adventure. via @EmmaHart7

No caption necessary. These are just plain awesome!

A5 Hard to top the thrill of your first tuk tuk ride in Bangkok #ttot pic.twitter.com/N8dwXjk7Et — Intrepid Travel (@Intrepid_Travel) August 5, 2014

A5: Got way too many but this one, from Barcelona sums up how I feel right now! Someone say Cerveza? #ttot pic.twitter.com/h2fTUdHVWS

If you haven’t noticed, we’re kind of obsessed with urban adventure! Join us for the Best. Day. Ever. with a local adventure in over 90 cities around the world.