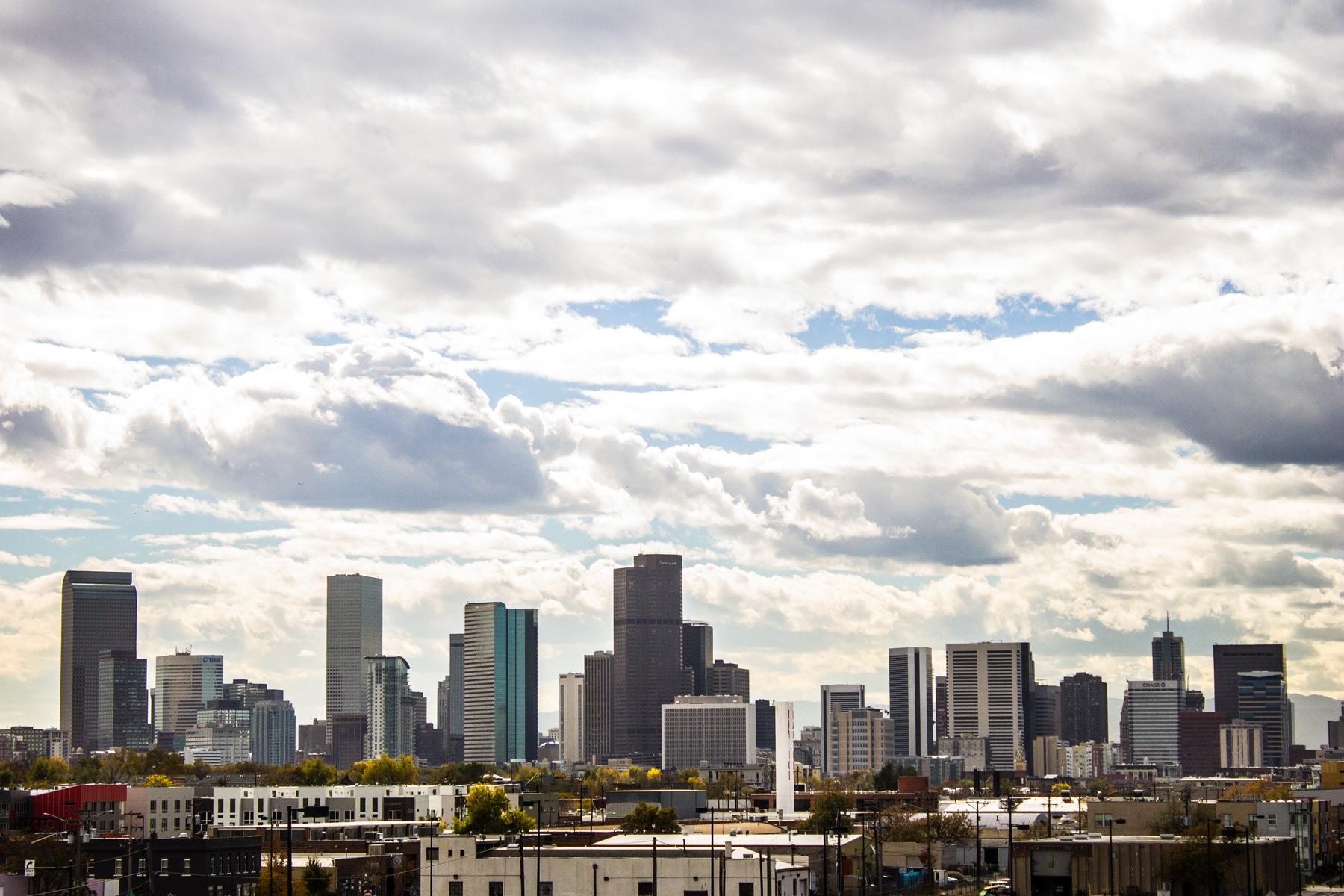 Also known as “The Big D” (and I don’t mean Dallas), Denver was a gold and coal mining town, turned oil and gas, turned financial district, and more recently outdoor lover’s paradise and marijuana test bed for the rest of the United States (and Europe). It’s a city that continually reinvents itself and finds ways to stay relevant.

But Denver proper was not always the thriving hot spot it is today. In fact, during the ’70s and early ’80s, the suburban areas around Denver eclipsed downtown to the point of obscurity. If you look at some of the buildings along 16th Street, you’ll notice boarded-up entrances on the upper levels. These were at street level for the raised highway that literally bypassed downtown to head to the ‘burbs. Preservation efforts and the rebirth of downtown began in the ’80s.

(or… Why Denver is full of awesome people, food, beer, and coffee)

Good people are coming to Denver. While it’s true that most people in Denver are not from Denver, this influx of residents has created a community of individuals who moved here because they genuinely wanted to live here. Which means, after several decades of this, you have a city full of people who love where they live and will tell you what they do for a hobby before they say what they do for work. While this has created some traffic issues, it’s also provided the backbone for awesome community projects and a world-class beer, coffee, and gastronomy scene. 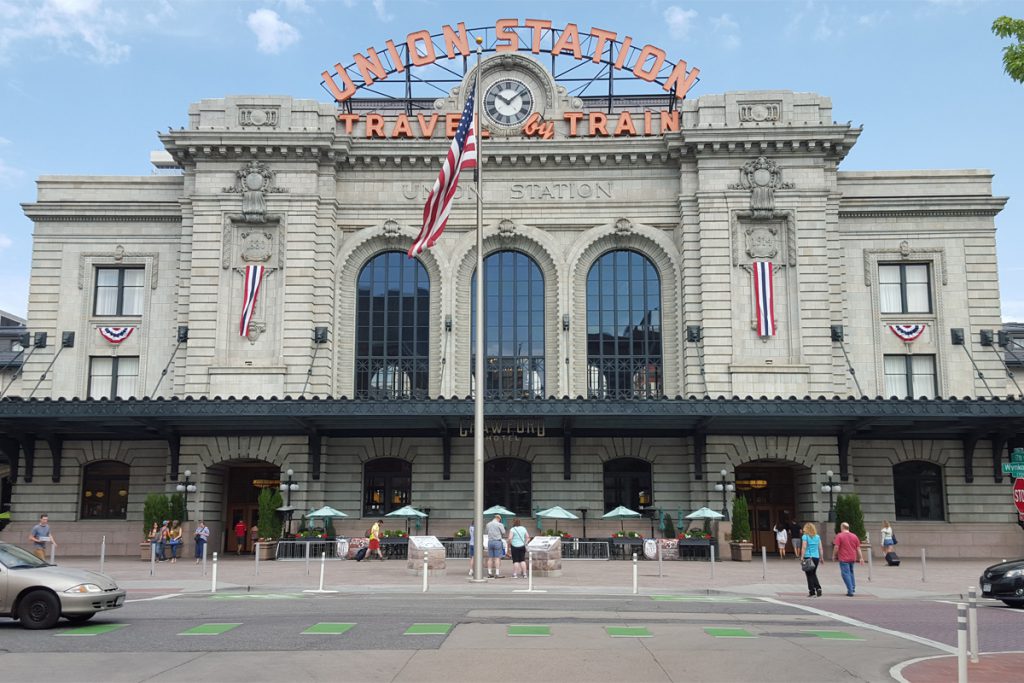 History in Denver isn’t boring; in fact, the city has incorporated its past into its current way of life.

The recently re-opened Union Station (2014) originally opened in 1881 to connect with the cross-country rail line, which bypassed Denver to go through Cheyenne, Wyoming. Now, however, you’ll find a bustling public hangout that is one part library (the various desks and outlets provide space to get work done while waiting for the train to the airport), one part high-end food court (Snooze for the best breakfast and Mercantile as one of the best dinner spots in Denver), and one part swanky hotel (The Crawford). All this, and yes, it operates as a functioning train, tram, and bus station.

Confluence Park, where the Cherry Creek joins the South Platte is the site of the original settlements of what would become Denver. Here by the water, you will find kids splashing around and kayakers testing their gear upstream.

Larimer Square is the original site of Denver, founded by General William Larimer with the nearby settlement of Auraria. The story goes that Larimer’s settlement and the gold mining camp filled with miners from Auraria, Georgia, that sat across the Cherry Creek came together one night for a whiskey-filled evening where a deal was struck to combine the two settlements into Denver City. Today, you will find festive lights and, more often than not, a street festival going on around 15th and Larimer. Be sure to wander off the main road into the back alleys of Larimer Square, you’ll find interesting sculptures and hidden restaurants — maybe even a speakeasy! 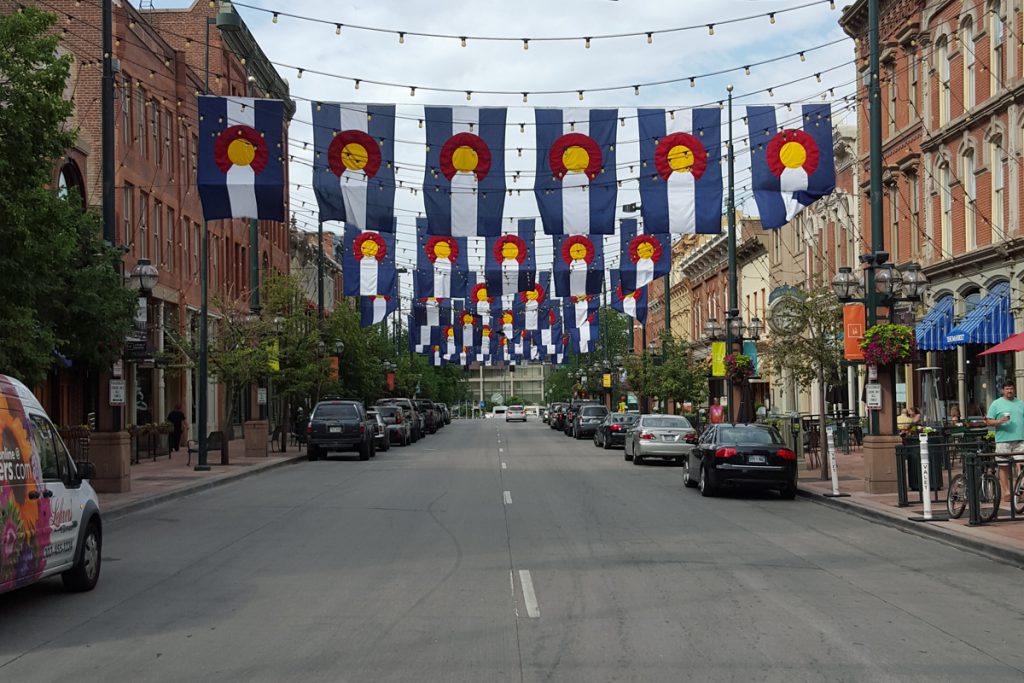 Larimer Square is a must for any history buff

Much like an east (or west) coast city, Denver itself grew out from the water source (Confluence Park) and now sits on an axis. This gets confusing since the rest of the surrounding areas are on a north/south grid. Not to worry, if you get lost you’ll wind up in an adjacent neighbourhood and most likely happen upon some fun or funky surprise — embrace the experience.

What’s in a name? The neighbourhoods of Denver

Denver is all about its neighbourhoods. The typical question is, “Where do you live?” If you’re out of town, you say, “Denver.” But if a local asks, you offer the neighbourhood. Much like SoHo (South of Houston Street) in New York, Denver has made a habit of creating catchy acronyms for its neighbourhoods. Don’t be caught off guard; here’s a quick reference to what the heck we’re talking about. Don’t worry if you can’t keep it straight — we can’t either.

RiNo: River North. Denver’s newest place to be — this art district is home to a huge art scene and great food and drink options.

SloHi: Sloan’s Lake / Highlands. On the edge of both, they gave it a name due to the growing amount of food options and hangout spots.

RiNo’s arts district is worth checking out

Other areas to check out

16th Street Mall. A bit touristy, but fun to see what’s going on. Take the free mall shuttle to get around downtown and check out the art, permanent chessboards, and pianos as you move along this pedestrian street.

Blake Street. No shortage of restaurants, breweries, and brew pubs. Look here for a spot to get together before a Rockies Game.

RiNo and the Santa Fe art districts. Created to preserve and foster the ever-growing art scene in Denver, these two neighbourhoods converted industrial space into affordable work and living space for artists. You’ll also find great food and drink here. Be sure to attend a First Friday art walk if you’re in town.

The Highlands. Flowing along 32nd Street with Lowell at its centre, this is the place for street festivals, farmers’ markets, and food. In my opinion, the area is anchored by Sweet Cow (the best ice cream in Denver) and Novo Coffee.

Tennyson Street. Between 38th and 46th on Tennyson St., you will find a seemingly never-ending offering of exciting food options, outdoor gear, and The Oriental — a great spot to catch bands heading through town.

The current iteration of Denver is all about lifestyle. People come to Denver because they love the idea of it and want to be part of it. Because of the influx, new, funky neighbourhoods are popping up, while food, beer, and coffee options grow, and the creative scene continues to expand. We’re looking for our next great neighbour — is it you?!

Denver is a magnet for outdoorsy people, with a local community filled with great people who really enjoy where they live, and for good reason. That’s because Denver has a booming craft beer scene… and food scene… and art scene… and coffee scene… and of course, an outdoors scene!