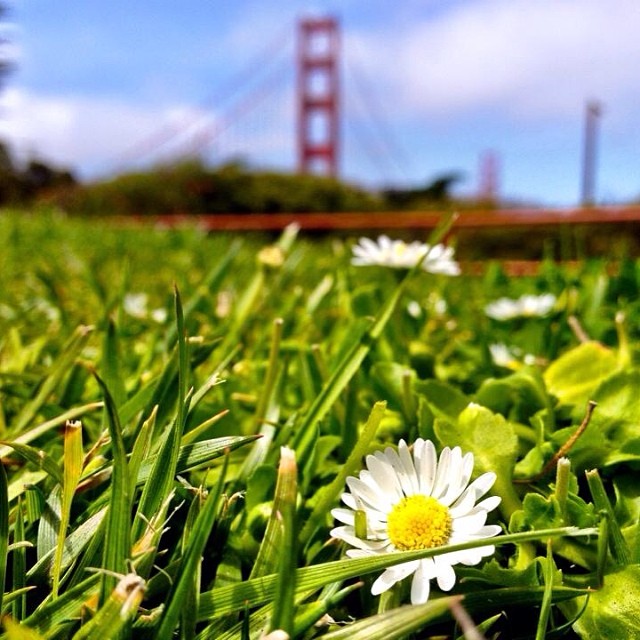 A hippie’s guide to San Francisco

Even if you don’t consider yourself a flower child, who doesn’t appreciate the message of peace and love that grew out of 1960s hippie culture in San Francisco (and NYC)? The culture surrounding the hippie movement of the ’60s had a huge influence on the city — one that you can still feel today. You don’t need to have flowers in your hair to appreciate this guide to SF for hippies — or hippies at heart.

A brief history of hippies in San Francisco

There was once a time when the old Victorian homes of Haight-Ashbury were some of the cheapest in the city. Hard to believe, but true. The low prices drew thousands of youth to the area in the mid ’60s, and it quickly became the heart of the burgeoning hippie culture. Jefferson Airplane, Janis Joplin, and the Grateful Dead all moved in during this time, and made this neighbourhood the epicentre of LSD-fuelled artistic expression and free love. The neighbourhood was so well known as the heart of hippie (and drug) culture that a New York Times reporter referred to the Haight-Ashbury neighbourhood as “Hashbury” during this time.

Locals staged a number of events that drew huge crowds, including the Human Be-In, and the Summer of Love. After the Summer of Love in 1967, which was at the height of the hippie culture and presence in the neighbourhood, homelessness, overcrowding, and drug use began to overshadow the spirit that had permeated the neighbourhood. Harsher realities took hold, and the movement — as well as many of the idealistic youths who had been drawn to Haight-Ashbury — dispersed.

The ’60s may be over, but the free love movement can still be felt in much of modern-day San Francisco. Here are a few places that still breathe the hippie culture of the past.

Although hippie culture doesn’t thrive quite so strongly in San Francisco anymore, Hippie Hill is one of the few places that brings you right back to the 1960s. People come to the hill to openly “imbibe,” hold drum circles and ceremonies, chill, and revel in the atmosphere of peace and welcoming, in true hippie fashion. You’ll commonly find local artists selling their products here (and you might find people selling a few other things, too).

The neighbourhood around the intersection of Haight and Ashbury streets has calmed down and grown up from its hippie beginnings. There aren’t currently too many up-and-coming artists and psychedelic explorers living communally around Haight-Ashbury, but the neighbourhood still keeps to its roots. Quirky shops line the streets, and a number of local establishments capture the history and feel of the hippie movement. In particular, be sure to check out Jammin’ on Haight, a “hippie boutique” (if those two words can even go together), featuring psychedelic interiors and tie-dye clothes.

Part retro 60s-themed bed and breakfast, part museum, and part cultural throwback, the Red Victorian is one of those places in Haight-Ashbury where the hippie culture of the ’60s has been preserved. Right from its founding, it was meant to embody everything that the hippie movement stood for — understanding, peace, love, and connection with those around you. The Red Victorian is more than just a museum, though; it plays an active role in promoting co-l-ving and community development. It also hosts World Conversations, part of a much larger movement to promote conversations as a tool for human connection and for improving the world we live in.

The Grateful Dead got their start right in San Francisco. Fuelled by psychedelics, the band wrote some of their most influential music while living in this house in Haight-Ashbury. Although the house isn’t open for tours, it’s still a popular spot to check out. The front porch is where one of the Grateful Dead’s album covers was shot.

Amoeba Music is the world’s largest independent record store, and has been a staple of the Haight-Ashbury neighbourhood since it opened in a former bowling alley in 1997. The store has the most amazing collection of CDs, cassettes, and vintage records that you’ll find just about anywhere in the world. Music was a huge part of the hippie movement, and a number of influential bands got their start right in Haight-Ashbury — Amoeba Music is not only a tribute to the famous and lesser known bands of the era, but is the place to go for any music enthusiast who wants to spend hours searching through their favourite albums and discovering new ones.

The Beatnik generation was the precursor and provided a lot of groundwork and inspiration for the hippie movement. And the City Lights Bookstore and Vesuvio Cafe were two of the central spots for Beatniks. Famous writers and poets, including Jack Kerouac and Allen Ginsberg, were often seen hanging out here, drinking, writing, and talking. City Lights’ publishing house also published one of Ginsberg’s most influential and controversial poems, “Howl,” for which it received considerable backlash.

Although there’s a pretty big stylistic difference between beatniks like Jack Kerouac, Allen Ginsberg, and Bob Dylan versus the tie-dyed hippies, many of the underlying philosophies are the same, and many of the beatniks went on to become active in the hippie movement. The beatnik spirit lives on in these establishments, which continue to provide a place for writers and influential thinkers to gather, work, and connect. Well worth stopping in if you are interested in the influential thinkers who helped lay the groundwork for the hippie movement that would explode a few years later.

San Francisco is host to a number of festivals and events that capture the hippie spirit. If you happen to be in the city on any of these dates, they’re well worth checking out.

Not surprisingly, if you’re in the city on April 20th, you can expect all sorts of weed-fuelled chaos. Thousands gather in Golden Gate Park to light up and celebrate. The height of the celebrations is, of course, at 4:20pm. Drum circles, hula hoops, fire twirling, and the like abound on this day, as a huge chunk of the city’s population puts everything on hold to celebrate.

This annual footrace is one of the world’s largest and strangest. Starting near The Embarcadero and winding through the city to Ocean Beach, the race covers about 7.5 miles. The event started as a means to lift people’s spirits after the devastating earthquake and fires of 1906; it has grown into an event that some take seriously as a race. To a lot of locals, though, Bay to Breakers is an excuse to dress up in elaborate costumes, or to try to get away with running through the streets wearing nothing at all. The free spirit of the hippie movement lives on in many forms, and the quirkiness of many of Bay to Breakers’ participants is one of them.

The traditional Hare Krishna celebration, the Festival of Chariots, was initially brought to San Francisco during the Summer of Love in 1967. The festival began when a Hare Krishna community leader was living near Haight-Ashbury. He would frequently see flatbed trucks driving through the streets beneath his window, and decided to turn one of the trucks into a moving monument to celebrate the traditional Indian festival. He and his disciples decked out an old Hertz rental truck to be the centrepiece of San Francisco’s first Festival of Chariots procession. As the truck and the Hare Krishna disciples wound through the streets and into Golden Gate park, they picked up an escort of police officers, as well as hundreds of followers. The procession is now a major annual event in San Francisco.

Are you going to San Francisco? Let us show you around — if you want, we’ll even help you put some flowers in your hair.

San Francisco is a city for the adventurous, a city of great beauty with a history of outlandish behaviour and eccentric characters – that’s where the quirky and fun reputation comes from! Discover the world-renowned iconic landmarks, friendly neighbourhood markets, scenic spots, and culinary delights of this wonderful city on one of our unique San Francisco tours with a local guide.