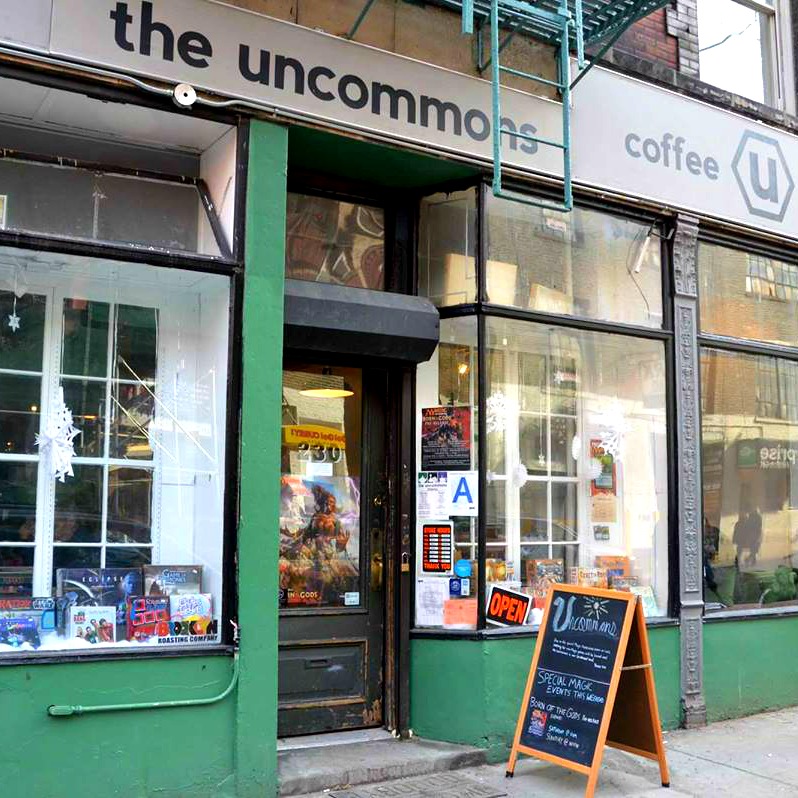 Hot spots for a fun, flirty date night in NYC

New York City has some very romantic scenery. The Brooklyn Bridge is the spot for countless proposals and 100 couples said “I do” on the Empire State Building this past Valentine’s Day (in -6˚C, no less!).

But what if you’re someone looking for a little less of a commitment right now — just a fun night out with your sweetheart (or someone who you’re hoping will soon become your sweetheart)? We’ve rounded up some of our favourite spots, no matter whether you’re looking for something romantic, casual, or just something new in NYC.

Board games in bars seem to be everywhere now (although Jenga in a crowded spot with drinks on the table never seems to end well…). But this Greenwich Village spot is a self-proclaimed ‘Board Game Cafe’ that focuses on the games but also has a full food menu, Brooklyn Roasting Company coffee, and a great tap list (30+ beers!). The Uncommons‘ game library is rotating but you’ll always find a great variety from the classics (Monopoly, Scrabble, Clue), to party games (Cards Against Humanity, Schmovie, Scattergories), to strategy (Risk, Race for the Galaxy, 7 Wonders), and even the more abstract ones (Hive, Khet: The Laser Game, Qwirkle).

The Bohemian Beer Garden is pretty much on every New Yorker’s to-do list. Whether they’ve done it or not is a different story. Only a 15 to 20-minute ride from Midtown, this historic Queens Beer Garden (over 100 years old) is perfect for groups or casual dates. Grab some delicious brews and some fried food, or spring for the more authentic cuisine, all in a huge outdoor venue.

Make dinner and a movie literal with NYC’s “original cinema eatery.” You can find on the Nighthawk Cinema menu craft cocktails, local beers, and house-made dishes. Plus they do amazing events like their Spoons, Toons & Booze mornings (which includes an all-you-can-eat cereal bar!!). 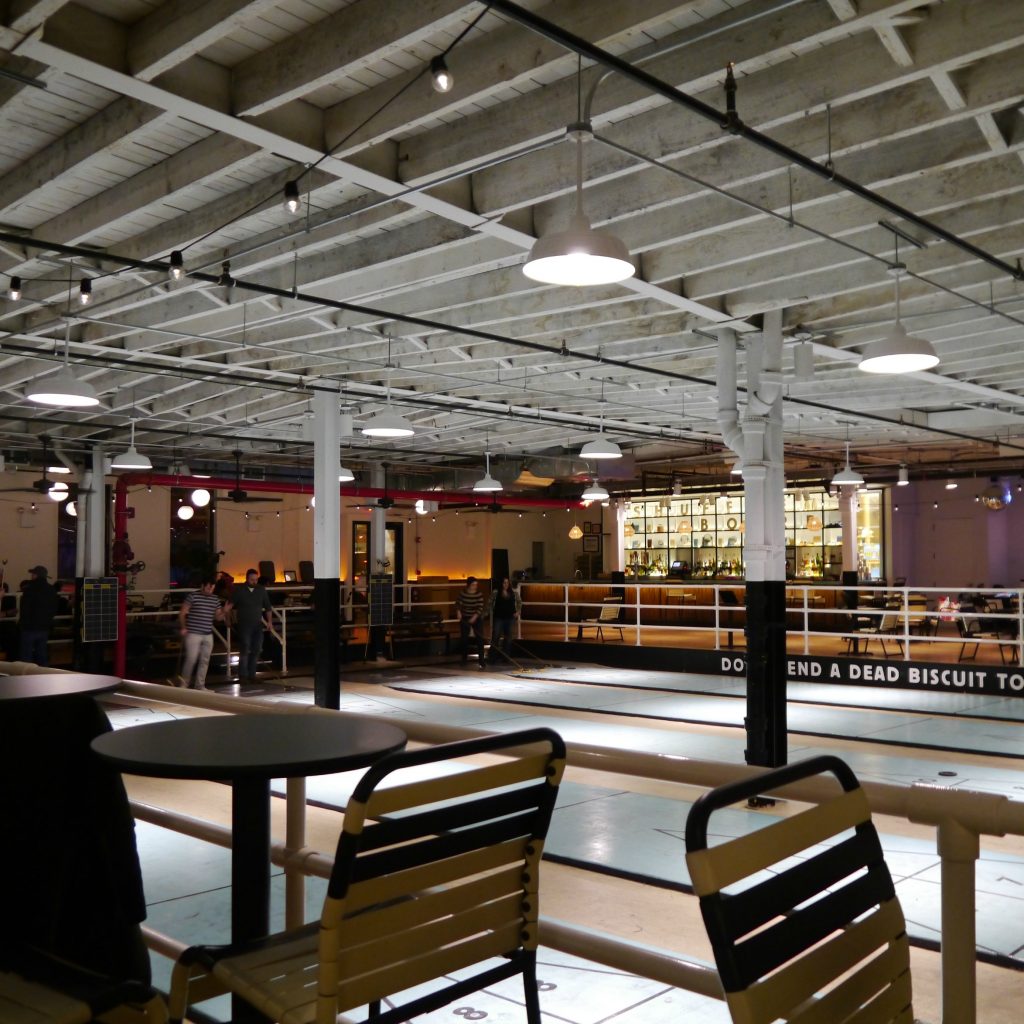 It doesn’t get more ‘hip’ Brooklyn than the Florida-themed Royal Palms Shuffleboard Club in the middle of Gowanus. The wait times can get pretty long on a weekend so be sure to show up early. Or just come to hang out at the bar and play some of the other games placed around the club, including Cards Against Humanity, a giant Jenga set, and an oversized Connect Four board. Another bonus, a rotating list of food trucks that pull up to an opening in the wall so you never have to step outside. You’ll find all of the big ones, like Dub Pies, Red Hook Lobster, Papaya King, and Snowy Food, and each night of the week is different.

The Royal Palms rents shuffleboard courts for USD 40/hour on a first-come first-served basis. Included in the fee is a short instruction on the rules, scorekeeping, and gameplay. The club is open from 12pm to 2am (Th-Sa), closed Mon.

Feeling some love for NYC? Come with us and see the city like a local!