Blog > How to eat like a local in Penang 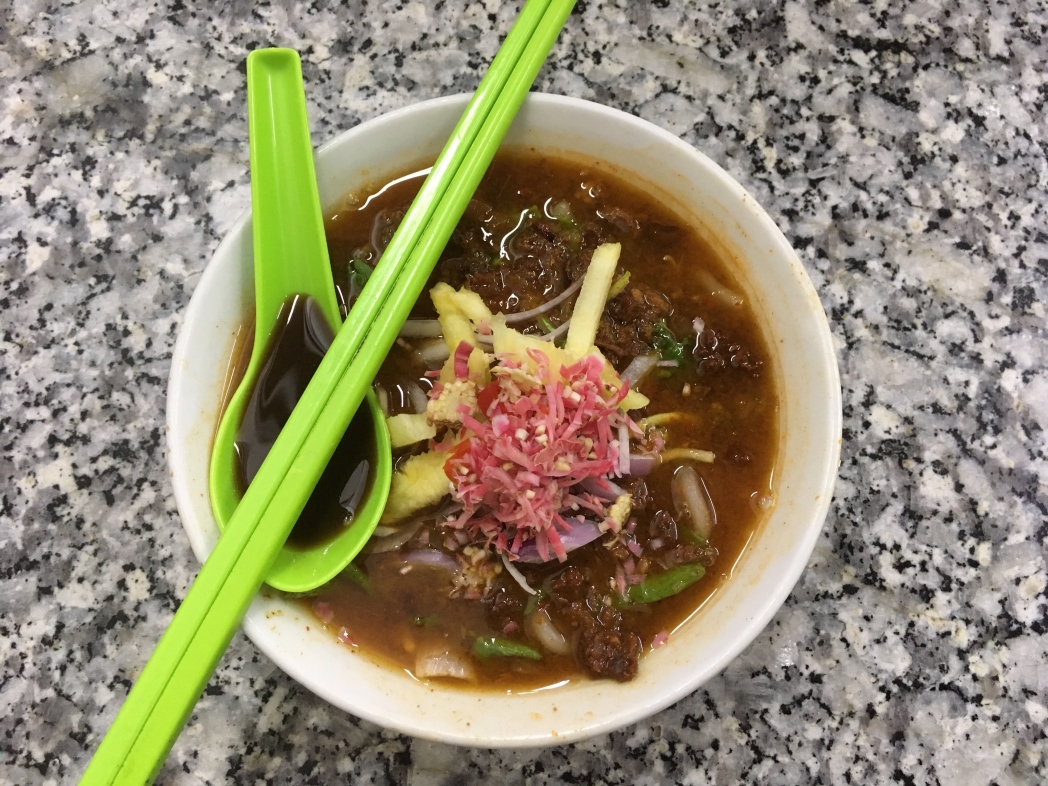 When UNESCO named Georgetown, Malaysia, a World Heritage site, it recognised the city as an important example of world cultural history. The city’s 500-year history as a multicultural trading city embodies the unique history of Malaysia and its dual Asian and European influences. Architecture and historical preservation are key to a UNESCO designation — and the streets of Georgetown have no shortage of history. But the more important World Heritage criterion is the one my tour guide Poh is most proud of. Georgetown and its people are a living testimony to the cultural traditions of this small island in the Straight of Malacca.

There’s lots that makes Georgetown a UNESCO site, including its food | Photo via Pixabay

Our first stop is a well-known and busy kopi tiam for a traditional breakfast. Kopi tiams are open air café areas — the owner manages the table space and rents out the stalls to different vendors. At this particular kopi tiam, we taste test the two coffees of choice in Penang, an instant but strong white coffee, and a darker brewed option. The local coffee uses mostly robusta beans, rather than the arabica you’ll find at your typical neighbourhood coffee shop. While light roasted, it has an earthy, thick flavour in both instant and brewed form.

Our breakfast begins with the traditional nasi lamar (“fat rice”), rice cooked with coconut milk and topped with a sambal (hot sauce or chili paste) and dried fish, and then served wrapped in a banana leaf. We also share a plate of traditional pork roll, pau kwan (hard bean curd), and shrimp fritters.

The breakfast stop is topped off with a sampling of the famous Penang char kway teow, which means “stir-fried rice cake strips” in the local Chinese dialect. Char kway teow is a flat rice noodle stir fried in pork fat, with shrimp, sausage, egg and sprouts, among other things, and served on a banana leaf.

Poh tells us that char kway teow isn’t generally prepared by home cooks because getting the proper flavour requires a properly seasoned wok, like those of the street vendors. She also explains the banana leaf is essential — its fragrance is what pulls the char kway teow together.

Historically, Penang has been a predominately Chinese state, and while demographics are changing, Georgetown is still about 50 percent Chinese. Penang’s Chinese culture originally comes from the Fujian province and speaks the Hokkien language, rather than Mandarin or Cantonese. But the Hokkien Chinese cuisine of Penang has developed its own Malay twist.

READ MORE: Things to do in Penang

The tour continues with a walk through the Chowrasta market and stops for more Chinese-inspired tastings, including ban jian kuih (or apom balik) — pancakes filled with peanut and sweet corn — followed by bowls of the famous cendol, a frozen treat of coconut milk, brown sugar and chewy green rice noodles and red beans.

Another influence on Penang’s famous food paradise is Indian cuisine. Much of the historic Indian population comes from the states of Tamil Nadu and Kerala, which gives a special southern twist to Penang’s tastes. But all types of Indian cuisine are on offer in Penang.

The distinctly Penang-style Indian food comes from a nasi kandar cafe. Known for being open all night, you can always find food at a nasi kandar place. Our mid-morning stop brings us a classic meat curry dish and fragrant rice served with delicious naan bread and Malaysia’s signature teh tarik or “pulled tea”— hot frothy milk tea that’s poured back and forth from a height to cool it down. Nasi kandar literally means “rice pole” and comes from the early street vendors who carried their pots of rice and curry hanging from a pole balanced across their shoulders.

Of course, a food tour in Penang would not be complete without a bowl of its original assam laksa noodle soup. Different from the milky version of laksa found in Singapore and Kuala Lumpur, Penang’s assam laksa has a clear but rich fish broth with beautiful toppings.

It’s a well-known fact that you can spend days eating your way through Penang. Goreng mee, tandoori chicken, biryani, dim sum, roti canai and lok lok are just some of the delectable experiences I had to suss out on my own while exploring the island. But a food tour with a local was a great way to get my bearings, hit some classics, learn some history and come away with a solid game plan for my next food experience.