Blog > Where to eat Latin American food in Washington DC 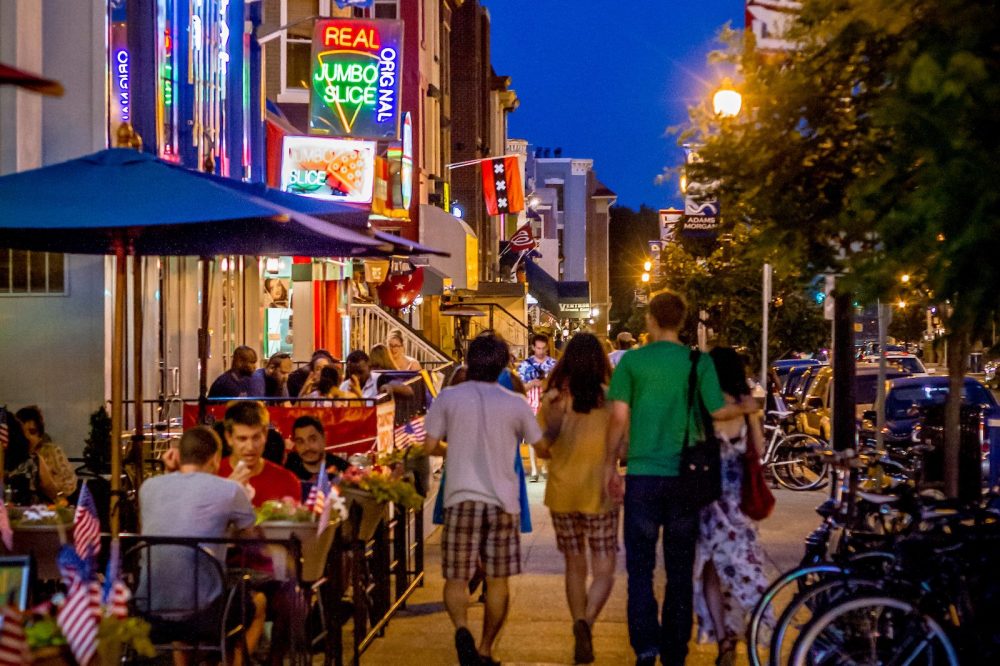 Where to eat Latin American food in Washington DC

You may not realise, but Washington DC is an extremely diverse city, with hundreds of restaurants featuring cuisines from around the world. The options can, at times, be quite overwhelming. But if you crave Latin American food as much as we do (especially if you’re eating on a budget), we can help narrow down your options.

Here are some of our local Washington tour guides’ favourite places for Latin American cuisine in DC.

This tiny spot way up in Columbia Heights in Northwest DC is easy to miss, since it’s overshadowed by a shopping mall. But Mi Cuba Café’s flavours speak louder than the crowds that swarm the neighbourhood.

If you’re new to Cuban food, some good classics to try are their ropa vieja (shredded beef cooked in tomato sauce and spices) or the sandwich Cubano (Cuban bread with ham, roasted pork, pickles, Swiss cheese and mustard) and their tostones (fried plantains). And if you’re still hungry, their flan is absurdly decadent.

Somewhere along my path of finding ~LoVe~ I was taught never to take someone to a Mexican restaurant on a first date. But then I decided that this was a stupid principle to live by. They say the best way to a person’s heart is through their stomach – and Mexican food belongs in everyone’s stomach.

Espita Mezcaleria is a fantastic date night spot with an elevated spin on classic dishes, such as the tacos al pastor and tacos de alitas, coupled with a sexy ambiance.

Be sure to order one of their movie-inspired margaritas, such as the Oaxacan Zombie (inspired by Zombieland), made with mezcal, grapefruit, cinnamon and dry spiced rum. 1250 9th St NW, Washington, DC. Metro Station: Mt. Vernon Sq./Convention Center

Among all of the restaurants we’ve listed, this is the spot that is nearest and dearest to my heart. I discovered this restaurant five years ago when first moving to DC; at the time no one knew about this gem except for the people who lived in the neighbourhood. Now, El Rinconcito has gained recognition as DC’s best hole-in-the-wall Latin American restaurant, but it’s still heavily frequented by locals.

The name “El Rinconcito” translates to “the little corner” and is the home of DC’s best pupusas – a Salvadorian specialty made of corn flour dough that’s fried and stuffed with different fillings. It can be customised in many different ways, but a favourite is the pupusa revuelta, which is stuffed with pork and melted gooey cheese. 1129 11th St NW, Washington, DC. Metro Station: Mt. Vernon Sq./Convention Center

In the middle of busy 14th Street sits another little Cuban café called Colada Shop which — like Mi Cuba Café — specialises in Cuban cuisine. However, it is a little sweeter with its Cuban pastries, like their downright righteous cheese and guava empanadas and extensive Cuban coffee selections, which can be ordered as Miami sweet, half-sweet, or sin azucar (unsweetened).

In the evening, Colada Shop turns into a bar that serves traditional mojitos and daiquiris, as well as a cocktail called Babalú – named after the Yoruba god of health and sickness and made with white rum, passionfruit, palo santo and lime. 1405 T St NW, Washington, DC. Metro Station: U St./African American Civil War Memorial/Cardozo

Sol Mexican Grill started out as a food truck and now sits on H Street Northeast, one of the best neighbourhoods for restaurants in the city. An absolute favourite is their fish taco. Imagine: crispy, perfectly fried beer battered tilapia topped with cilantro, pico de gallo, cabbage, radishes, avocado and their fabulous house-made chipotle aioli, all assembled on a soft, warm corn tortilla. Is your mouth watering yet? Come try one with us – we liked this spot so much we decided to put it on our Urban Adventures Tastes of H Street food tour! 1251 H St NE, Washington, DC. Metro Station: Union Station

Discover the best food that Washington DC has to offer in the hip H Street neighborhood and learn more about the colourful people who used to live here.