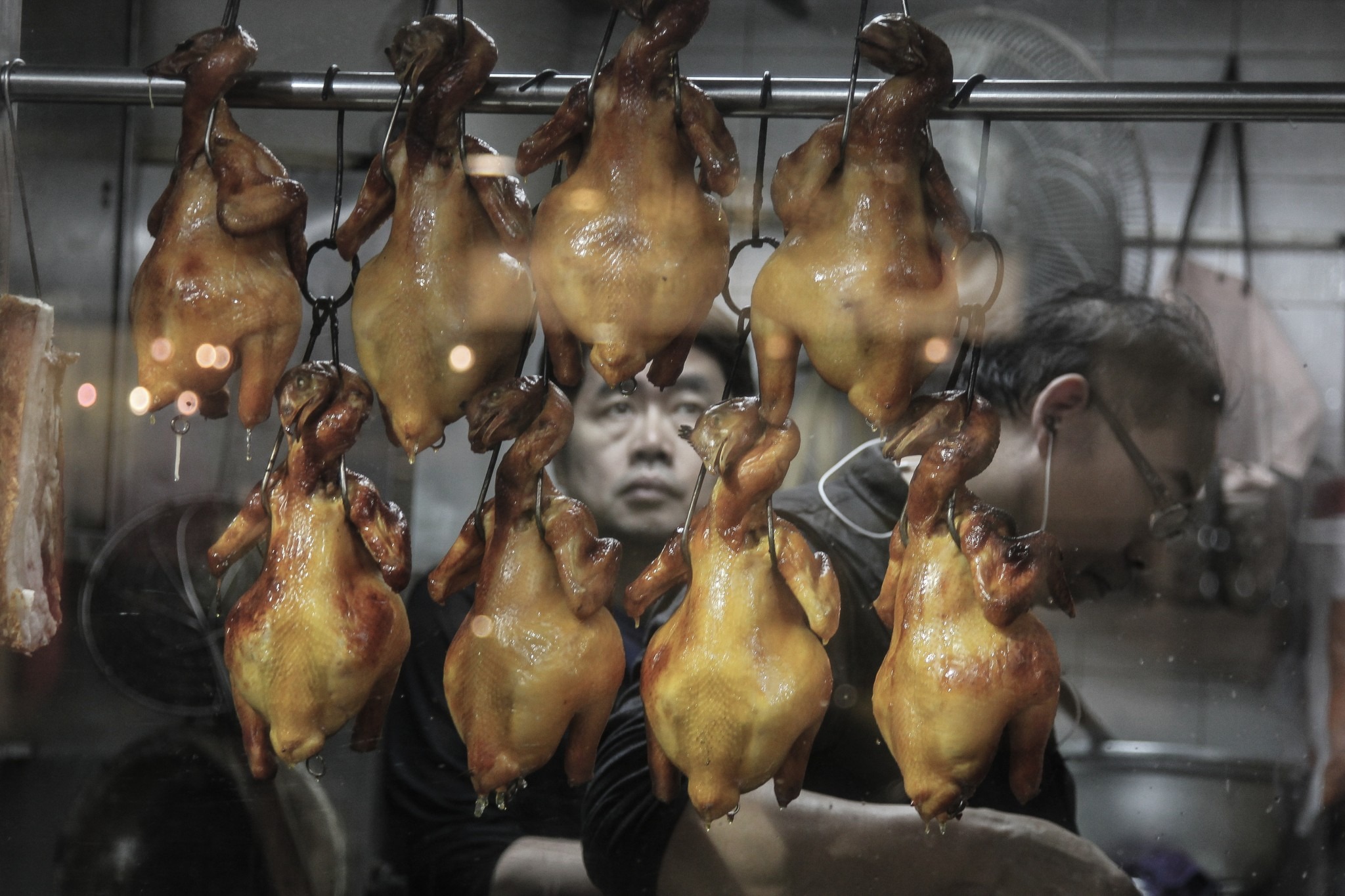 The steam in the air is rife, the look unfamiliar, and the smells both overpowering and mouthwatering. But beyond the melting pot of cultures here, let’s talk about one pot in particular (or many), and that is the food — this city has got all pots covered. From the place where East meets West and Yum meets Cha, Hong Kong is the foodies’ city that is continuously sizzling.

Once you tick off the touristy things to do in Hong Kong (the nightly city skyline light show, being a dwarf to the Giant Buddha on Lantau Island, or catching an impressive glimpse of Hong Kong from the peak), it’s time to sink your teeth into the real Hong Kong: the food.

Hong Kong is renowned for its yum cha offerings. Yum cha, also known as dim sum, in a nutshell can be likened to Spanish tapas, since it involves small servings of food to be shared among a table of people. This brunch-time event usually involves waiters pushing carts of small plates or bamboo baskets filled with various dumplings, rice-flour dishes, and small fried bites. Paired with traditional Chinese tea, it is a quintessential introduction into Hong Kong cuisine and one that would set you on the path for the ultimate foodie adventure. 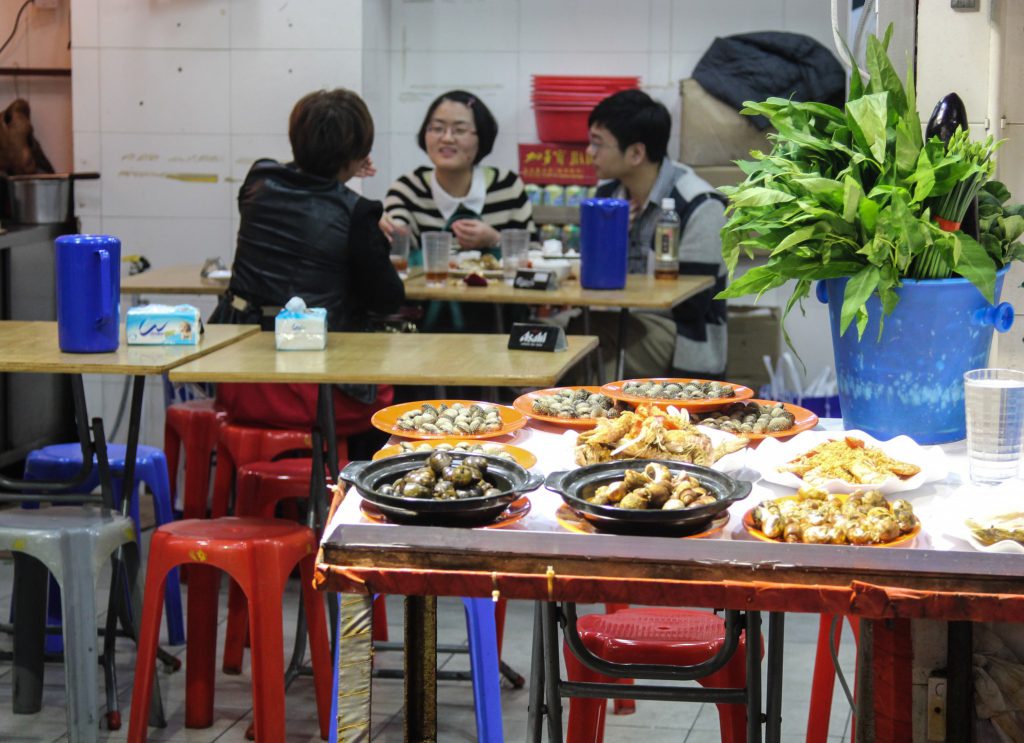 But step aside from the yum cha carts, and there is also a world of surprising and unexpected culinary delights to discover in the streets. Last year, the Michelin Guide added a special ‘Street Food’ section exclusively in the Southern Chinese territory (including Macau) to reflect the ever-popular local food scene and its importance to local culture. Although they have not been given a converted star rating, those cheap no-frills street vendors have received the verdict of ‘exceptional cuisine, worth a journey.’ A journey worth making, indeed. From places offering a few dishes to local snacks and desserts, it is certainly worth navigating the streets of Hong Kong to find these hidden gems. Conveniently enough, many local haunts included in the prestigious restaurant guide have fixed addresses, making it helpful to those who want to seek out the best of Hong Kong’s local cuisine.

With the street food scene sprawling across central Hong Kong, especially nearby the steep Mid-Levels outdoor escalator and the tourist mecca Kowloon district, deciding what to try and from where may leave you totally confused. To defuse the indecision, it’s best to go straight to those in the know to not miss those dishes worthy of a taster.

Outside a metro stop off the tourist map, I met up with a local who would lead me to street food glory. In a small ‘hole in the wall’ vendor on a bustling street, a lady with an infectious smile was selling what appeared to be half a dozen hard boiled eggs floating in a tub of a dark sauce. The popular fragrant traditional Chinese snack, known as a Tea Egg, is cooked and flavoured with spices, soy sauce, and black tea leaves. I’d soon find out why it was so popular: not only did it cost less than a dollar, but it turned out to be one of the best street eats I have ever had.

The saying ‘less is more’ couldn’t be more true when making a choice on what to eat as I was whisked away to a hidden food truck that colourfully displayed its four only dishes on a large banner. The place was littered with locals, and after a small wait, we managed to score a table next to a power pole that featured the aforementioned Michelin Guide’s seal of approval for street food vendors. It seems local celebrities have also awarded this vendor the thumbs up, with a photo montage of its famous patrons proudly on display. Perched on plastic stools, we snapped our chopsticks into a bowl of shredded duck cooked in gravy and their house special of homemade noodle soup with shrimp, mushrooms, dried radish, and pork fat. The duck was unlike any duck dish I had ever had, the flavours rich in comparison to typical fried and barbecued street food so common in many Western cities.

With the city’s bright neon lights guiding our way, our food adventure was not complete until we savoured dessert. As we sat on our stools in the busy but nondescript restaurant, I noticed that this was not going to be the usual dessert fanfare. With no ice cream or cake in sight, we feasted on an unusual delight: stewed red papaya with rock sugar. But dessert doesn’t have to be just about the sweets, as I also had helpings of black sesame seed rice flour balls with ginger sweet soup, taro puree with sago, and lotus seed and mango cream with pomelo and sago. After giving your tastebuds a try on these treats, you will never look at dessert the same way again!

It would be a mistake to go on a detox in Hong Kong as the food options are not only endless but ridiculously too good to pass up. You don’t have to be a hardcore foodie to appreciate the dishes Hong Kong serves — all you need is a big appetite as this is one tantalising party your mouth does not want to miss!

Part foodie adventure, part culinary lesson, this Hong Kong food tour will tell you everything you wanted to know about the city’s food culture. You’ll head to Kowloon’s vibrant Jordan District, a working class area that’s a local favourite for its authentic and inexpensive restaurants and food stalls.