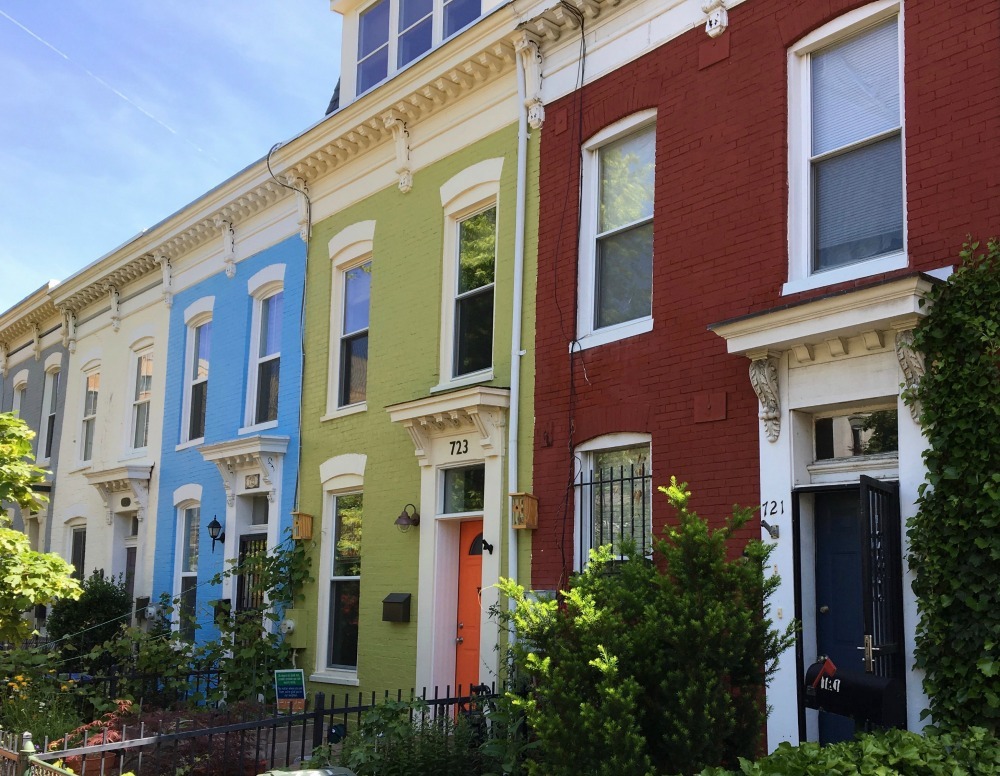 A local’s guide to the H Street corridor and Ivy City, Washington, DC

No one knows local life like our guides. That’s why we’ve asked them take us around their favourite ‘hoods and offer their insider tips on seeing the city like a true local. If H Street sounds like your kind of place, local Washington DC guide Phillip and his team can show you around the district on their neighbourhood food tour.

I’ve lived in the District of Columbia for 22 years, and have watched it transform and grow dramatically during that time. Most ‘old-timers’ like myself marvel at how extensively old neighbourhoods have been rejuvinated and what a livable city Washington, DC is today — which was certainly not its reputation when I first arrived. Even then, however, I loved showing off DC neighbourhoods to visitors, and have only grown to become more passionate about it over the years. Sharing this passion with others is what led me to Urban Adventures, where I have been a guide since early 2016. By day I work for the federal government, like a lot of people in DC, and the reason I am a guide is the same reason I do my day job: to serve the public and make the world a better place.

Although I have lived in the District of Columbia since 1995, I moved to the H Street, NE neighbourhood three years ago, and have quickly come to love it. Here’s why:

Why you should visit NE DC (H Street and Ivy City)

To see the edgy and cool side of town

If you haven’t visited Washington, DC for a few years, or if you haven’t left the National Mall area, you may be unaware of the dynamic transformation that is unfolding in the city’s historic neighbourhoods. Many of them — in rapid succession — have gone through the process of being edgy and undiscovered, to being the neighbourhood of the moment that everyone is talking about, to becoming settled and mainstream (or the less kind ‘passé’). H Street NE, and its close-in NE neighbourhoods of NoMa and Ivy City, are currently at the sweet spot of being the centre of all the buzz — no longer undiscovered, but far from passé.

Now is the best time to visit the near NE neighbourhood. There is a genuine sense of history here that is coming back to life. Historic architecture is being carefully restored, experimental chefs are opening innovative dining spaces, creative arts and local micro-brewing and distilling are experimenting with new innovations.

To eat and drink with locals

What I personally love about my neighbourhood is that it still feels simple and neighbourhood-y. There are almost no chain restaurants here, and so far there are only a handful of the expensive, formulaic restaurants found elsewhere. The neighbourhood is a mix of good dining and bar-hopping value combined with a laid-back good vibe. In stark contrast to the National Mall area (which is the nearly exclusive domain of tourists), NE DC is almost all DC local residents. What’s more, Washington, DC Urban Adventures is starting a new food tour of H Street!

Much like the Studio Theater is credited with turning Logan Circle into the neighbourhood it is today, the renovation of the historic Atlas Theater on H Street was a magnet that began attracting artists and avant-garde businesses to near NE starting in 2006. Today the Atlas Performing Arts Center hosts a wide range of theatre, music and film, truly to suit all tastes. The Atlas is on the National Register of Historic Places and has received the Mayor’s Arts Award for Excellence in Service to the Arts.

A couple of blocks away is the much smaller but more experimental Logan Fringe Arts Space, permanent home of DC’s Fringe Festival.

Indigo, at the corner of 3rd and K, NE, is a simple Indian restaurant that takes fresh and healthy ingredients seriously and has a lively outdoor space that is always packed with locals. This is one of my favourite restaurants in town, with high marks in food, friendliness, laid-back ambiance and cost.

There are beer gardens in other parts of the city, but the biggest and most authentic are the Wunder Garten and the Biergarten Haus. Both locations have spacious gardens and great beer, making them true urban oases. The Biergarten Haus also has German food and an indoor section for when the weather is bad, while the Wunder Garden has a wider outdoor space.

DC’s first ramen house, Tokki Underground, is so popular that you need to give your cell phone number and wait a over an hour for a text to claim your seat. But it’s worth it! Everything is made in-house and the chef (who also owns Maketto across the street) brings an original creativity to ramen. And the wait gives you just enough time to grab a drink downstairs at the locally popular dive soccer bar The Pug, or to check out all the fun arcade games across the street at the H Street Country Club.

My favourite bar on the street (indeed, the bar everyone in the neighbourhood is talking about these days) is is the newly opened Hill Prince. The bar has original cocktails that they have committed to keeping at $10 or under (nearly unheard of in DC), buts it’s also a converted historic home that has a cool vibe that is alive but not too loud. The outdoor patio in the back makes it an especially pleasant place when the weather is nice, too.

Open since 2007, Granville Moore’s was one of the first restaurants to open on H Street when NE was still “undiscovered,” but it is still one of the best. It’s a simple Belgian restaurant with a good brunch and Belgian staples, including an excellent Belgian beer selection. Don’t miss the small and cosy upstairs bar, too. Some of the friendliest bartenders in DC work here. A note on DC history, too: Granville Moore is named after a long-time physician who provided free medical care to neighbourhood residents. This was his medical clinic.

Long-time DC residents like myself (I’ve lived in DC since 1995) marvel at how previously dilapidated areas of town are now hip and fun. Nowhere is this more apparent than Union Market. The traditional wholesale market for restaurants and commercial venues, the market was associated only 10 years ago with run-down warehouses and delivery trucks. Today it is a centre of creative restaurants, outdoor markets, film and festivals.

Yes, Rodham Rye is named for Hillary Clinton at the only all-women owned gin distillery in the nation | Photo by Washington DC Urban Adventures

8. Tour a local distillery in Ivy City (multiple options near the corner of Fenwick and Okie, NE)

I recently celebrated my birthday with a “crawl” of the local distilleries in Ivy City. Compared to a regular bar, the atmosphere of an actual working distillery makes any visit a celebration. Ivy City, created in 1871 for railroad employees, lies just north of H Street and NoMa. This industrial neighbourhood still has a feel of authentic urban fringe, but is rapidly transforming into the city’s micro-distillery district.

Republic Restoratives, the nation’s first women-owned gin distillery, is here, as is Jos A. Magnus, an 1892 distillery that was well known before prohibition and has been authentically brought back to life. Green Hat is named in honour of a bootlegger who actually operated out of the Senate Office Building! Six distilleries and a brewery all call Ivy City home, and all offer tours and tastings.

Union Kitchen is a local food incubator, where DC culinary entrepreneurs start up new food and drink products. All are made right in NE DC, and many are making a splash in local restaurants and stores. You can check out all the wide variety of local DC breads, beers, coffees, spices, candy and so much more right here at the Union Kitchen Grocery.

All the seafood and fish at the Ivy City Smokehouse is smoked on site. They are dedicated to sustainable fishing, and have a passion for great tasting, simple fish and seafood dishes that shine through from the first bite. There is both a tavern with great live music and delicious fish dishes, and a daytime market to take their amazing smoked fish home.

How to get to H Street

H Street, NE has a free, newly opened streetcar that leaves from the back of Union Station (Red Line on the Metro). The entire neighbourhood is also close enough to downtown to make it a quick and affordable taxi, Uber or Lyft ride. There are also Capitol Bikeshare docking stations throughout the neighbourhood.