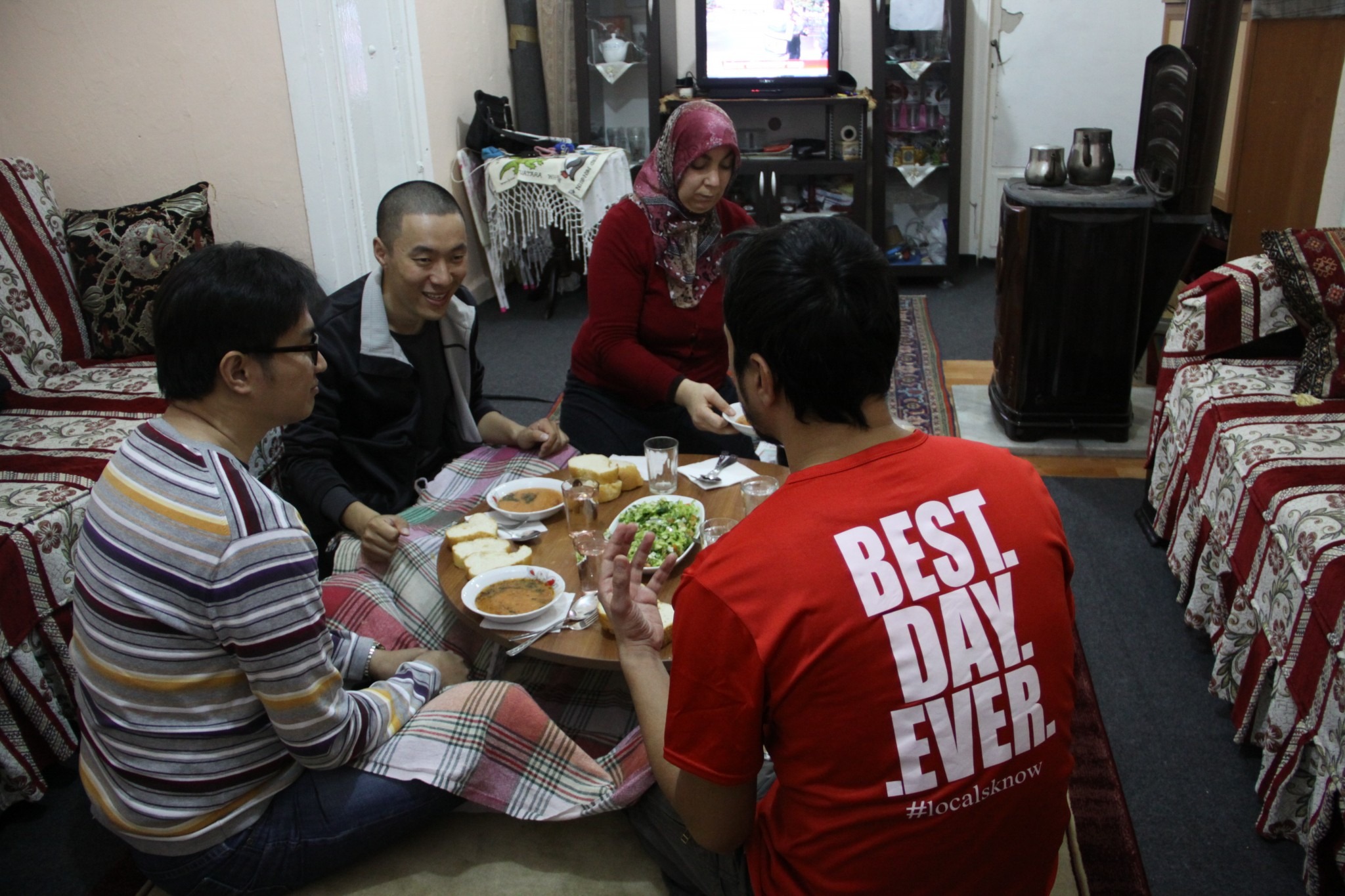 How to make Turkish ezogelin soup

Made with red lentils and bulgur, ezogelin soup is one of the best-loved dishes in Turkey. In fact, we don’t think you can find a lokanta (restaurant) or kebapçı (kebab house) in Turkey that won’t have it on the menu. It is the perfect start to any Turkish meal.

In Turkish, it’s called ezogelin çorbası, or “the soup of Ezo the bride.” Tradition has it that Ezo was a real person, a woman who lived in the early half of the 20th century in southeastern Turkey. She is remembered in folk songs and stories that recount how she married a rich but cruel man. She was permitted a divorce (rare in those times) and fell in love with a Syrian man — but before she could marry him, she had to prove her worth to his mother. She made this soup and, well, the rest is history; it was so good that not only did she get to marry her true love, but her soup became a staple dish of the country.

Ezogelin soup is a great starter before your favourite kebab, but also works as a hangover cure or to warm you on a chilly winter’s day treat. Whatever the reason for eating it, you can know that many stories have been told and many new friends made over a steaming bowl of ezogelin çorbası.

Our Home Cooked Istanbul host, Seray, makes a great version of ezogelin soup. She let us in on her recipe so you can try to recreate it at home, but we can guarantee nothing beats having it made by Seray herself.

Try Turkish life with a family meal and an evening mingling with locals at some of their favourite haunts on this Istanbul food tour. An expert local guide will meet you at the meeting point, from which you’ll wander through the streets of historical Sultanahmet en route to meet a local family.