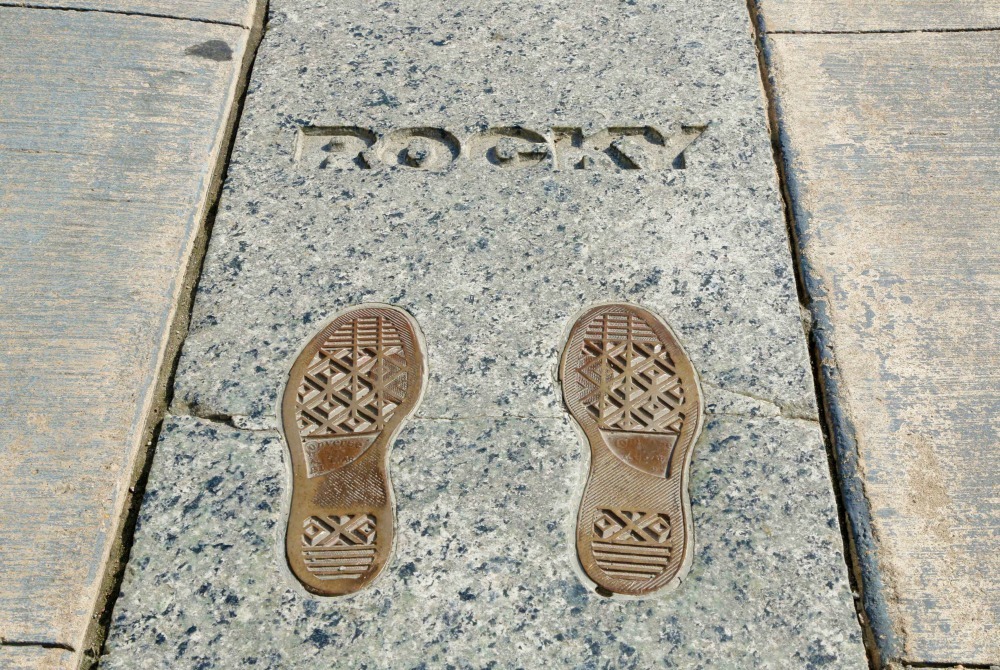 It’s a dream for any movie buff to be able to walk through the setting of their favourite film, and stand in the exact spot where the actors they admire once stood. But while there are popular cities that have been the setting for countless blockbusters, Philadelphia is seriously underrated as a city for movie lovers. Here are just five examples (and one honourable mention) of awesome films shot in Philly, and where you can go to re-enact your favourite scenes.

Retrace the steps of Sylvester Stallone as Rocky, probably the most famous character to come out of the Philly movie scene. The original three-time Oscar-winning movie Rocky was the first to put the spotlight on Philadelphia, and all of its sequels followed suit to leave a legacy that has transcended the decades. Re-enact the training scene where Rocky ran up the steps of the Philadelphia Museum of Art, now aptly nicknamed the ‘Rocky Steps.’ If you’re not feeling quite that active, you could measure yourself up against the giant bronze Rocky statue and repeat the famous words of the man himself: “It ain’t about how hard you hit, it’s about how hard you can get hit!”

The Sixth Sense was a thriller that took Hollywood by storm back in 1999, with an ending that blew the minds of even the most astute of movie buffs. The most famous building in Philadelphia that was featured in this movie is St. Augustine Catholic Church near 4th and Vine Street, which is where Bruce Willis and the rosy-cheeked Haley Joel Osment met as their characters for the first time. Visit the church for an eerie snapshot of this scene, or walk down 23rd Street to admire the terraced houses where Osment’s character Cole and his mother lived. Hopefully your Sixth Sense tour won’t include young Mischa Barton’s throwing up or any other dead people.

Obviously. This ground-breaking film from 1993 contains shots from all over the city, so whilst you’re visiting you really can never be too far away from the Philadelphia movie set. Visit City Hall where the pivotal courtroom scene was filmed in one of the real, functioning courtrooms, check out the Furness Library where the famous stars once stood, or chow down on some Philly cheesesteak at the Famous 4th Street Deli, also captured in this legendary film.

In the lovable comedy Trading Places, stars Dan Aykroyd and Eddie Murphy roamed all through Philadelphia. Stroll through the beautiful Rittenhouse Square, where Eddie Murphy’s character was first introduced, or check out the bank lobby of Fidelity Bank (now Wells Fargo) on South Broad Street, which was turned into the Duke and Duke bank depicted in the film.

Aside from the inevitable young girls screaming ‘OMG! Bradley Cooper stood RIGHT. HERE!’, there are plenty of places in the city where you can follow in the footsteps of two of the hottest stars in Hollywood. Grab a bite to eat in the Llanerch Diner, where the characters Tiffany and Pat met up on Halloween night, check out a sports store and buy a Philadelphia Eagles shirt to become a die-hard fan just like Pat, or take a trip to Ballroom at the Ben to see where the film’s signature dancing scene was shot. Who knows, maybe you’ll be inspired to create your own version of the dance!

Okay, so we know The Fresh Prince of Bel Air is not a movie, and it actually took place primarily in Los Angeles. However, we couldn’t miss the opportunity to mention one of the most beloved comedies of the ’90s that also featured the ultimate karaoke song. Come on, sing it now, “In West Philadelphia, born and raised…”

Philadelphia isn’t called the ‘City of Brotherly Love’ for nothing! This is a city dedicated to providing those travelling to Philadelphia with a friendly welcome and a memorable stay. Jump on a Philadelphia tour with Urban Adventures to see the very best of the city from a local perspective. Whether you’re looking to hear offbeat stories about Philadelphia’s famous sights, or want to simply sip on a Philly beer with a local, we’ve got the tour for you!