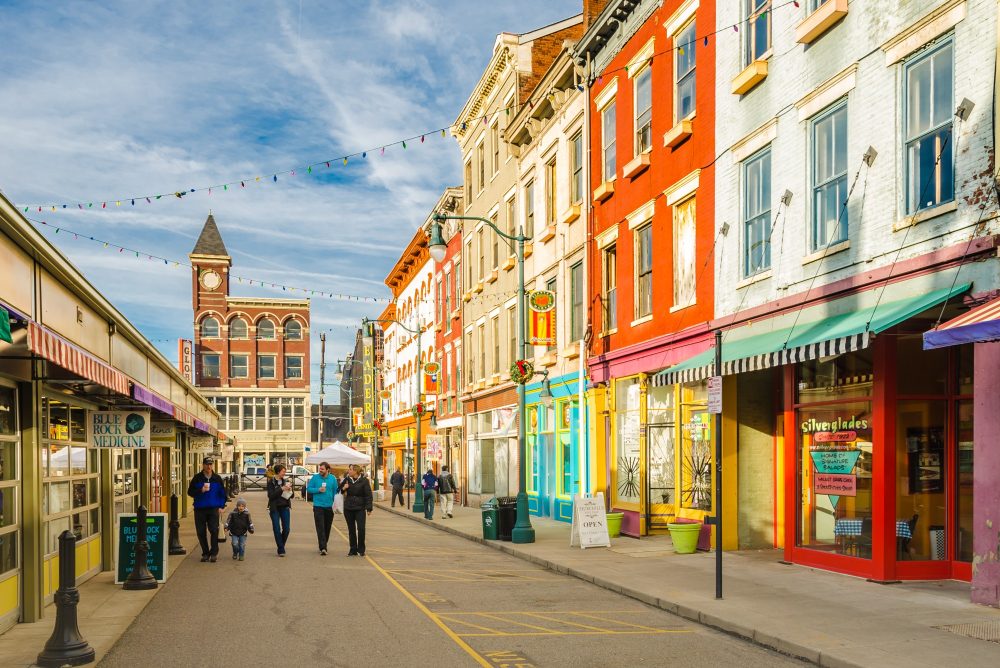 Sherry Hopkins
Because I’ve lived in Cincinnati, Ohio, most of my life, when the opportunity to start Cincinnati Urban Adventures presented itself in 2016, taking people on tours of my city, I was thrilled! I love to see people have fun and smile. I currently have four tours and my most popular tour is The Nati in a Nutshell. The tour begins in Over-the-Rhine at Findlay Market, which is Ohio’s oldest market, dating back to 1852, before Abraham Lincoln was President.
Cincinnati
Local Life
My Neighbourhood
North America
USA

No one knows local life like our guides. That’s why we’ve asked them take us around their favourite ‘hoods and offer their insider tips on seeing the city like a true local. If Over-the-Rhine sounds like your kind of place, local Cincinnati guide Sherry and her team can show you around the district on their Over-the-Rhine food and sightseeing tour.

I’ve been hanging out in Cincinnati‘s Over-the-Rhine for over 20 years, and first discovered it by joining friends for some cocktails at one of the neighborhood drinkeries.

Over-the-Rhine (OTR for short) has changed a lot, especially in the past five to 10 years. Back when I first began visiting the area, there were only a handful of bars, but now it’s Cincinnati’s premiere entertainment district, overflowing with fabulous restaurants, hip bars, breweries, fashionable shops, theatres, and a gorgeous park. And of course, it’s home to the Cincinnati location of Homage, a retro-inspired store that sells vintage pop culture memorabilia and clothing. But what I especially love about the area is the architecture. OTR has the nation’s largest collection of 19th-century Italianate architecture and is home to a National Historic Landmark, Cincinnati Music Hall, where the Cincinnati Symphony Orchestra, Opera, and Ballet perform. When you explore OTR, you feel like you have one foot in the past and one in the present.

For you history buffs out there: Back in the early 1800s, German immigrants settled in this area and nicknamed the Miami and Erie Canal that ran through it the “Rhine,” so when they would cross from the downtown area over the canal, they would say, “I’m going over the Rhine.”

Why you should visit Over-the-Rhine

To attend an arts and cultural event

Cincinnati Music Hall (reopening in the fall of 2017 following renovations) is the crown jewel of OTR and is home to the Cincinnati Symphony and Pops Orchestras, the Opera, and the Ballet. Next door is Memorial Hall showcasing live musical performances, comedians, and feature films. There are four smaller theatres: Ensemble, Know, Emery, and Woodward that explore compelling social issues and produce contemporary shows that tend to be edgy and thought-provoking.

Across the street from gorgeous Music Hall is Washington Park, which is the perfect place to chill out for a day. I love to just people-watch here as locals come to walk their dogs, play sports like kickball, and let their kids run around in the waterpark.

OTR is by far the place to go for foodies. At last count, there were over 55 places to dine and over 20 bars, and that’s not counting the two breweries. You’ll find Mexican, Japanese, Italian, Argentinean, Belgian, Asian fusion, French, farm-inspired American, Thai, Greek, Mediterranean, classic American, and Chinese — and it’s all amazing. Many of the venues have outdoor seating with a European vibe. 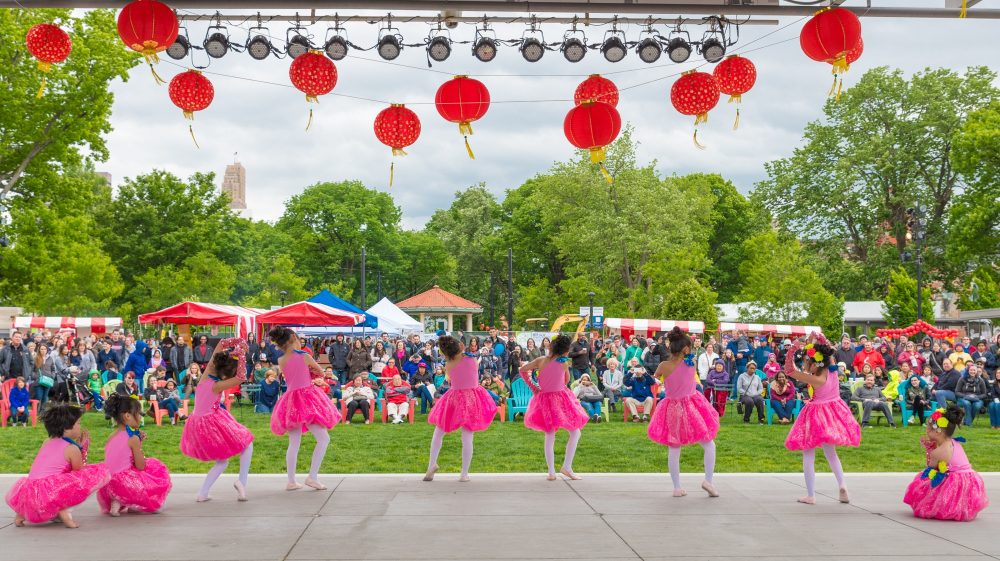 My top 10 things to do in Over-in-Rhine

Washington Park has such a variety of things to do. It’s the perfect place to relax in the shade and people-watch. You can bring your dog to the dog park, watch your children play in the interactive water park or the playground, have an adult beverage at “the deck,” participate in one of the scheduled athletic events (such as kickball, yoga, or fitness workouts), watch an outdoor movie, and listen to live music. The best part is everything is FREE (except for the adult beverages).

Not only does Taste of Belgium have out-of-this-world waffles and crepes, but their soups, salads, sandwiches, entrees, and bakery goods are just as delicious. They have those “pretty” lattes and cappuccinos, and for later in the day a craft beer or glass of wine. 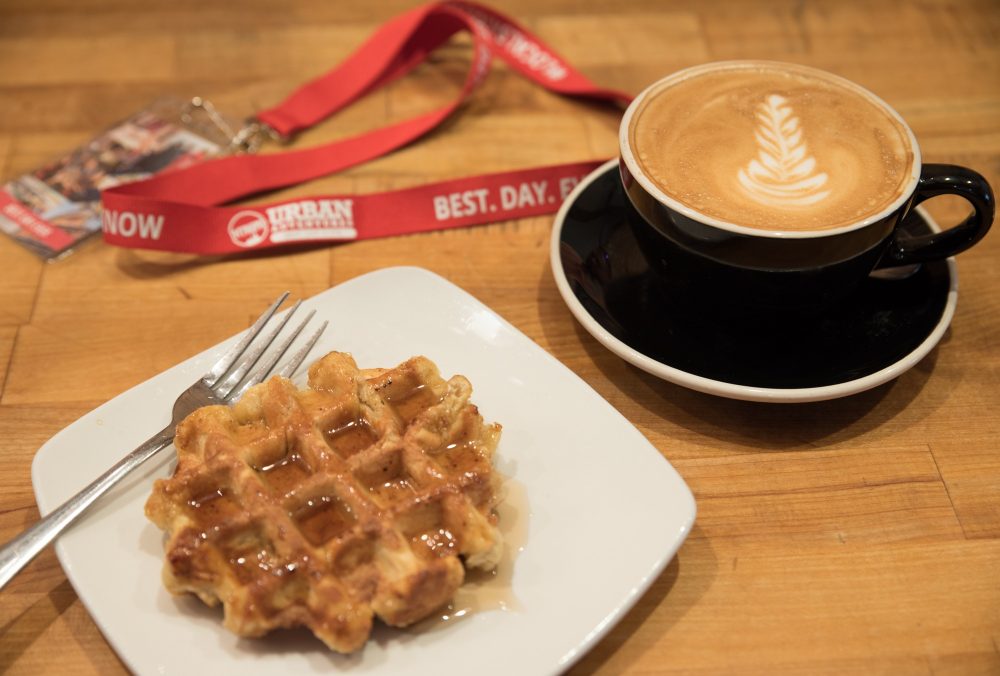 Once you’ve visited this little gem of a store, you’ll see why they’ve been voted the best gift shop in Cincinnati. Mica 12/v is a family-owned independent gallery and gift boutique shop featuring local, regional, and international artists and designers.

With over 40 vendors and more than a million visitors a year, Findlay Market is fun for everyone — and especially foodies. Unless you’re from Cincinnati, you’ve probably never heard of goetta. It’s a mixture of ground pork, beef, steel cut oats, and spices, and the ultimate place to get it is at Eckerlin Meats. They’ve been voted best in Cincinnati for years, so you’ve got to stop by and have a sample. Findlay Market has everything that traditional markets have: fresh produce, meats, seafood, and bakery goods, along with specialty shops featuring unique arts and crafts. As you’re strolling by the absolutely gorgeous Italianate architecture, street performers serenade you, and the market’s aromas tempt you.

You can get lots of things at Findlay, but we recommend the goetta | Photo by Sherry Hopkins

Abigail Street is one of my top three favorite restaurants in OTR. They have consistently delicious Mediterranean food, made with local ingredients and cooked with soul. The wine bar is great and they even have vino on tap. Try the pan-roasted cod with favas, fried lentils, parsnip, and Moroccan-spiced tofu and/or the hanger steak with carmelised Brussels sprouts, cauliflower, and romesco (a Spanish red pepper sauce). The décor is modern and stylish with a twist.

Rhinegeist Brewery (“rhinegeist” means Ghost of the Rhine) is a taproom located in a historic bottling plant and offers house-brewed beers alongside ping-pong tables, cornhole games, and TVs. There’s also a rooftop bar. You can take a tour of the brewery almost every day of the week.

Founded in 1870 by Louis Graeter, the fourth generation working in this family business make their ice cream the same way now as back then, in two-gallon old world French pot freezers. This method is slow and small, but it produces a rich, creamy, and dense ice cream. Even Oprah loves Graeter’s! Try their signature Black Raspberry Chip flavour… yum. 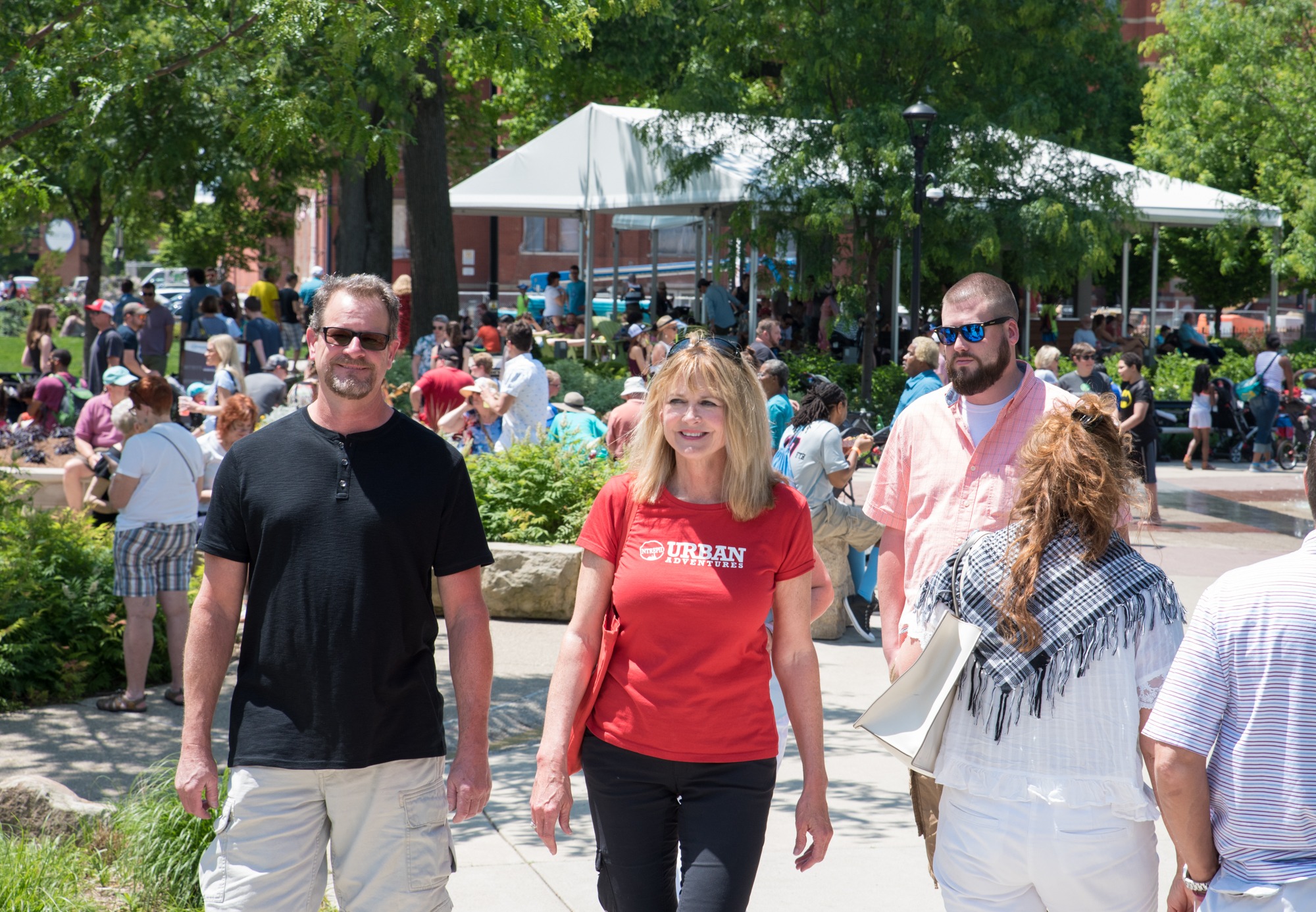 I have to admit I used to think I didn’t like the symphony, opera, or ballet, but I attended my first Cincinnati Symphony Orchestra performance a couple of years ago and loved it. I actually relaxed and let the music wash over me. Same thing with the opera and the ballet; I saw a dress rehearsal for La Boheme recently and went to a performance of the Nutcracker during the holidays one year and loved both of them. If you happen to visit this summer on a Thursday or Saturday before the renovations are complete, you can take the “Beyond the Bricks” tour of the venue.

Housed in a turn-of-the-century building that’s been renovated while still preserving its historic beauty, The Lackman has a diverse craft beer selection, wines, and funky cocktails, with names like “Stoned Businessmen” or “Loneliness.” My favourite is “Old Man Sitting Next to Me.” 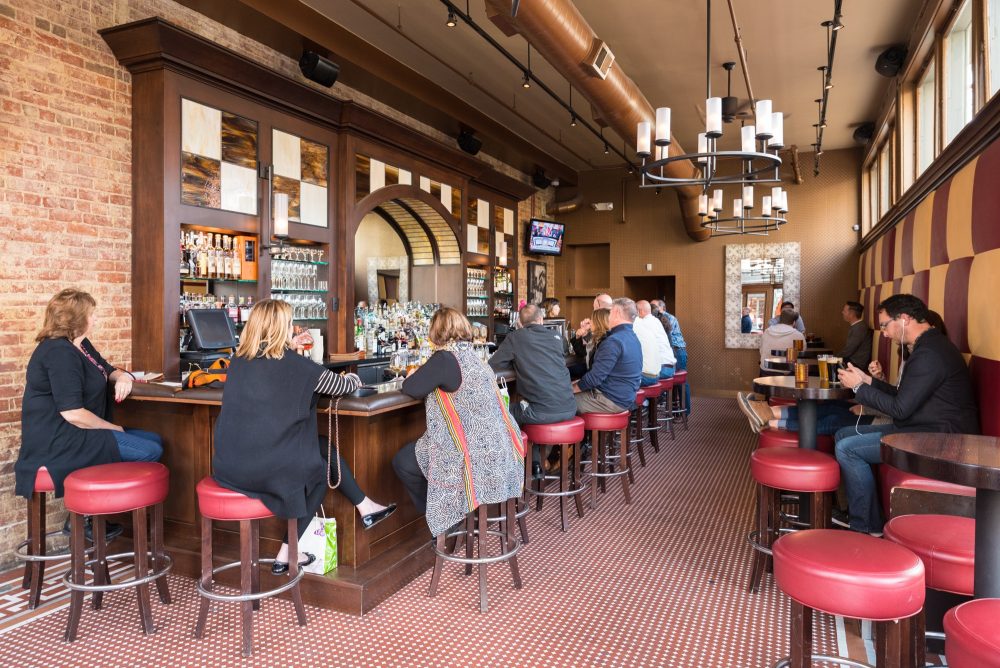 Would you like a Stoned Businessman? | Photo by Sherry Hopkins

I’ve been gorging myself on Holtman’s Donuts (I can’t eat just one) for eight years because I live near their first location in Goshen. When I heard they opened one in Over-the-Rhine, I was really happy. They are the best donut place in Cincinnati and have unique flavours such as toasted marshmallow, maple-bacon, Lucky Charms, and of course the standard glazed (and lots more to choose from).

How to get to Over-the-Rhine

OTR is located just one mile north of downtown. You can hop on the streetcar that makes a 3.6-mile loop with stops from the riverfront, through downtown, and up into OTR. There are four main OTR stops: 12th and Vine (where a majority of the restaurants/bars are located), Washington Park (for Music Hall and the Park), Findlay Market, and the Brewery District. It’s only USD 1 for a two-hour ticket or USD 2 for all-day.

If you’re driving, you can park at Findlay Market, Washington Park, or Mercer Garage.

Because I’ve lived in Cincinnati, Ohio, most of my life, when the opportunity to start Cincinnati Urban Adventures presented itself in 2016, taking people on tours of my city, I was thrilled! I love to see people have fun and smile. I currently have four tours and my most popular tour is The Nati in a Nutshell. The tour begins in Over-the-Rhine at Findlay Market, which is Ohio’s oldest market, dating back to 1852, before Abraham Lincoln was President.