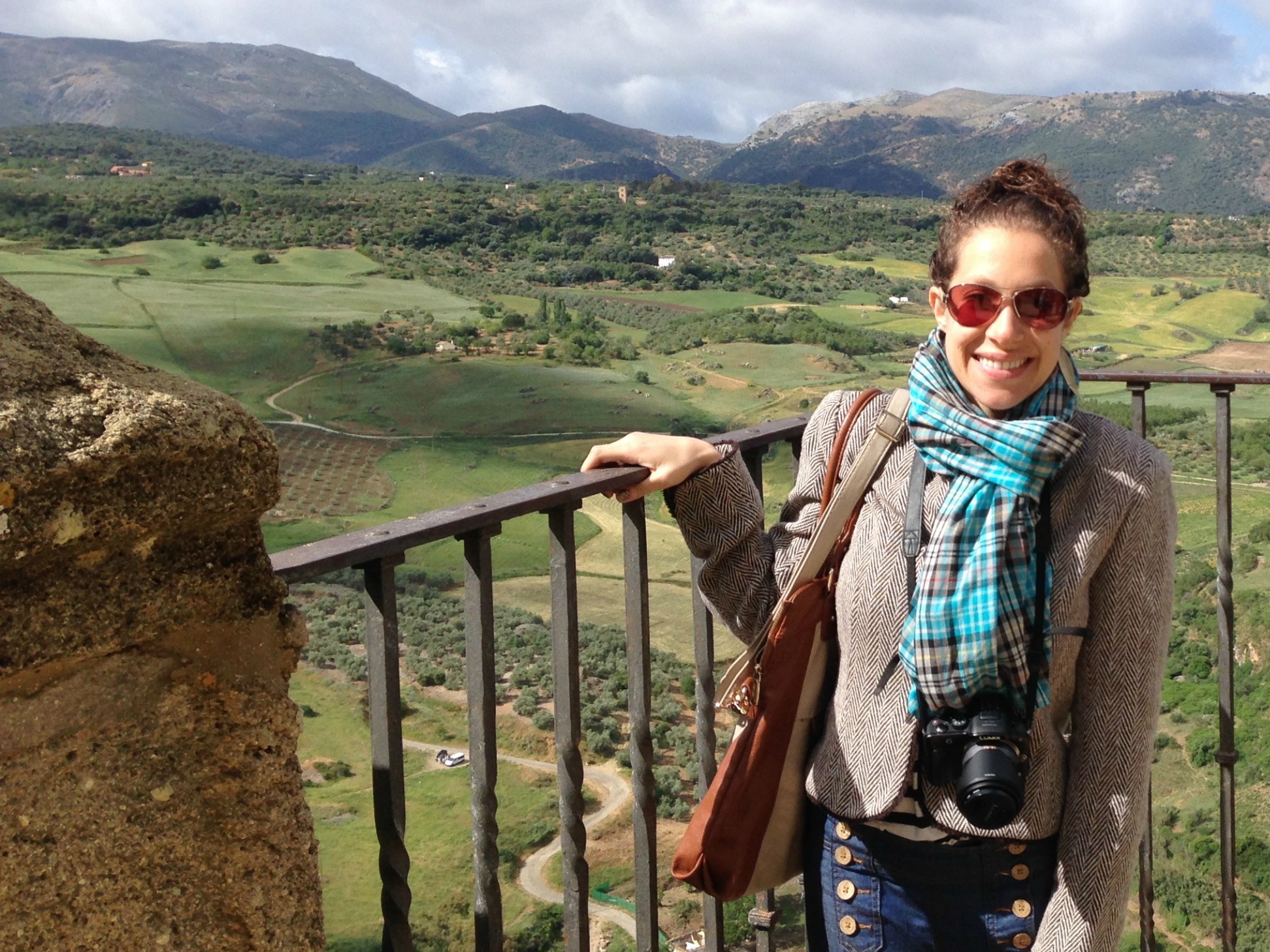 For International Women’s Day on March 8th, we’re talking travel to some of our female guides around the world. Today we head to New York City, to talk to our local expert, Nikki. She is the winner of our 2016 award for Guide of the Year, as well as an avid solo traveller. She believes the best experiences are found beyond your comfort zone, and that as a woman, there’s a modern-feminist joy in letting yourself run away from time to time, whether it’s to Italy or Israel.

On why travelling solo is the best:

“I like to travel alone. I just think that you can do whatever you want, obviously, and there’s something to be said for having to go out and figure it out for yourself. That’s what I like about it. I lived alone for so long and now that I’m married, I feel like everything is a little easier because I have this partner — but when I travel, it’s putting myself back out there: do it on your own, figure it out. It’s skill-building. I just feel like I need that every once in a while. I need to go out and be on my own and figure things out on in a foreign country and then deal with problems that come up. It just makes me feel very independent.”

“A friend of mine gave me a sign that says ‘Do something every day that scares you.’ Travel, for me, is like that. I feel like, as a woman, I’ve been conditioned by society to not be overly assertive, or to not get in people’s way… So I have a hard time with things like going up to someone if I think they need help with something, or asking again if someone gave me directions I don’t understand. Little things like that. And when I travel, it forces me to do that. Travel forces me to go outside my comfort zone because you have no choice.”

On what travel can teach you:

“I’m so ignorant about the majority of the world and how they live and I find that whenever I travel, I always pick up things, like new ways of living or new philosophies that I wasn’t exposed to before. So, like, from Italy, I always learn balance. Yes, it’s important to work really hard but it’s also just as important to have time set aside where you’re doing nothing, or hanging out with friends, or relaxing, and that’s not selfish. From Israel, I learned to relax in the sense of, essentially, don’t sweat the small things… Every place I go, I always pick up something that I bring home that enhances my lifestyle and general well-being.”

On tackling your first solo trip:

“For someone who’s never travelled before and is terrified, I would say to join a group tour first, just to get you out of the country. But make sure it’s a small boutique company that’s going to give you lots of free time, because that’s going to give you a taste of going out on your own. You’ll slowly get accustomed to it. I just think you need to do it once, whatever it takes to get you to do it once. Once you’ve done it, you’ll be fine.”

On the changing face of feminism:

“Being a solo traveller is such an issue of female strength and individuality and independence, but it’s so interesting because my mom was very strongly a second-wave feminist and it’s so different from what her goals were when she was growing up. So I think it’s such a timely thing, so unique to right now. It’s about being independent from anything else as a woman: independent from your job, from your relationships. Going out and travelling is such a ‘find yourself thing’ and I love that it’s so selfish. It’s so interesting to me.”

On the perfect balance:

“Travelling solo is such a combination of being super safe and super aware but also, to a degree, throwing caution to the wind. You just kind of have to.”

Read more interviews with our female guides and organisations helping to improve the lives of women around the globe in our special-edition digital magazine in honour of International Women’s Day.

The Unsung Women of New York City
Advice from a local: Is it safe to travel to Cairo?
Our NYC guide Olivia explains why she also works at a women’s centre in the Bronx
Behind the whimsical creations of a Venice glassblower
The last umbrella fixer of Paris