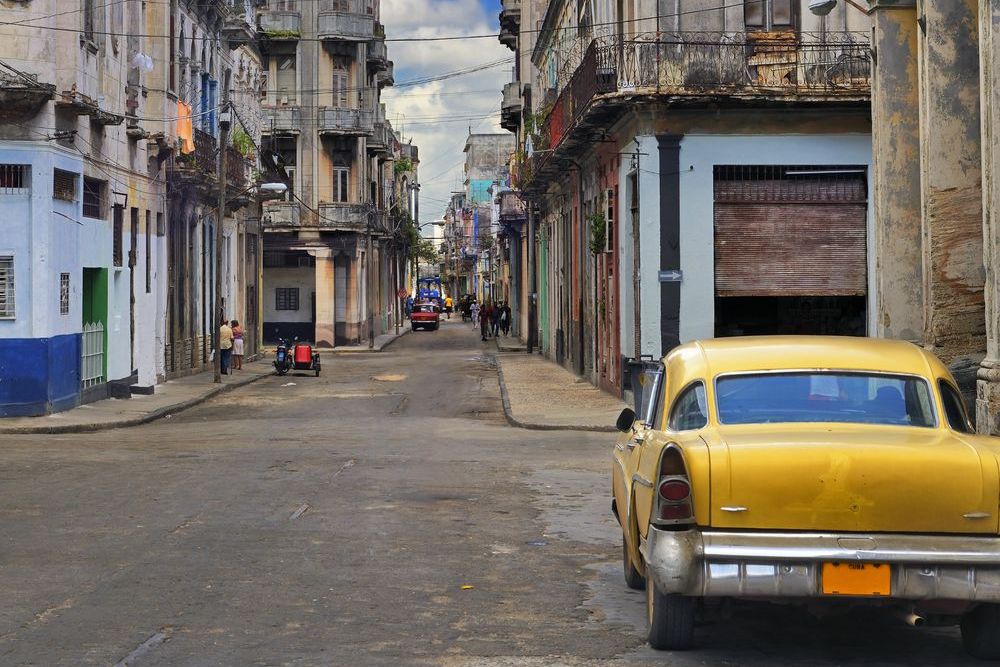 Taking a ride through Castro’s Cuba

Rolando, my friend Whitney and I were seated around a small table on a sun-drenched terrace, overlooking the Malecón, the main seaside strip in Havana, Cuba. The terrace was on the sprawling, manicured grounds of the Hotel Nacional, one of the country’s swankiest hotels.

When travelling, soaking in your new surroundings is easy. On my first day in Havana, I’d strolled the streets of Old Town, listened to live music at Hemingway’s favourite spot for daiquiris, El Floridita, and watched the sun dip behind the city’s crumbling buildings from the Malecón.

But as I sat with Rolando, my guide for our Urban Adventures Classic American Car Tour, chatting to him about his life in Cuba, I realised something: exploring is easy. Anyone can do it. Much harder to do, yet incredibly more rewarding, is to learn how locals live and to delve into their day-to-day.

Which is why Whitney and I considered ourselves extremely fortunate to have a well-informed, English-speaking local right in front of us. Mojitos in-hand, we had been asking him every question we could think of. Growing up in the US, we were both well-versed on the situation in Cuba. What we didn’t know, however, was what the locals thought about it.

“We call him Fidel because Castro sounds so stiff to us. It’s what the media everywhere else calls him. They think of him as a dictator,” Rolando told us. “We don’t think of him like that.” 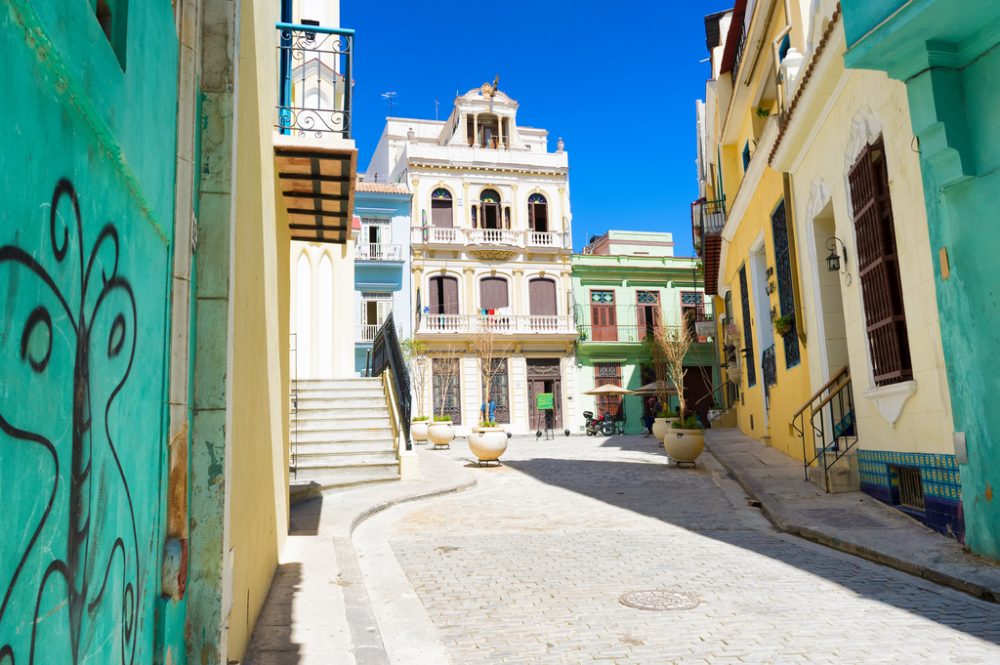 Earlier on in the tour, he’d explained to us Cuba’s system of government.

“It’s communist, right?” we’d asked, chuffed that we had some basic knowledge already.

“Everyone always thinks that,” Rolando told us. “But it’s not; it’s socialist.”

READ: 5 tips for making the most of your trip to Havana

He went on to explain that no country had ever achieved communism because that would mean creating a society without money — which had never been done. But what exactly did a socialist government mean?

After Cuba’s revolution in 1959 that saw Fidel Castro take power, he set about trying to bridge the gap between rich and poor. At the time, 80% of the population had been living under the poverty line.

In the 1960s, Castro launched a countrywide land reform program, taking land away from the wealthy and redistributing it among the peasants and the state. 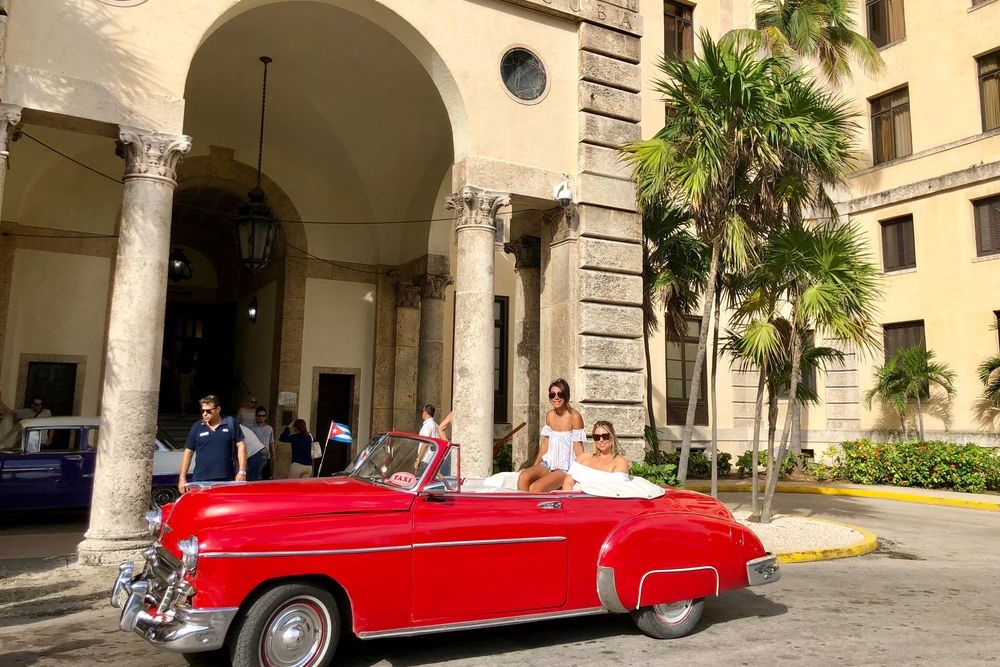 On the tour we visited the Plaza de la Revolucion where the crowds would gather to listen to rousing Castro speeches. Though it just looked like a huge parking lot to us, it still felt surreal to be standing on a piece of land so significant to Cuba’s history.

In 2007, Castro quietly handed over power to his brother Raul Castro, who’s still, for the most part, in charge today. He has attempted and is still making efforts to modernise the country — allowing foreign investment and the establishment of some small businesses.

READ: On second chances in Havana

From a practical point, being a socialist country means the majority of Cubans work for the government and earn just enough to get by — on average US$30 a month. Most of their living expenses are subsided by the government. Rolando told us that in total, his gas, water and electricity bill had amounted to US$0.40 last month.

The problem came when they, for whatever reason, were forced to support someone else too. In Rolando’s case, it was his live-in girlfriend, a university student. Though she could have had basic room and board on campus paid for by the government, the couple wanted to live together. He was working three jobs to support them.

The situation was similar to one you might find in the US or another more developed country (someone picking up the financial slack while their partner is studying) — and it was fascinating to understand how our problems could be both the same and so uniquely different elsewhere in the world.

As we left, a three-person band had started to play. With the music wafting across the terrace, the sun starting to set and the air full of cigar smoke, it was easy to get swept up in the surroundings. But now, walking alongside Rolando, understanding more about the culture from his perspective, it felt more authentic.

Fancy sharing your classic car experience with new friends from all over the world? Join our small group tour and meet your fellow car and travel enthusiasts  for a truly memorable experience in Havana:

What lockdown has been like in Havana
The Best Way to Eat and Drink in Tbilisi – is With a Local
Lonely Planet Best in Travel 2020: What not to miss according to locals
The 10 Most Romantic Tours in North America
Best Street Food in Havana: Coco Glasé in Plaza Vieja