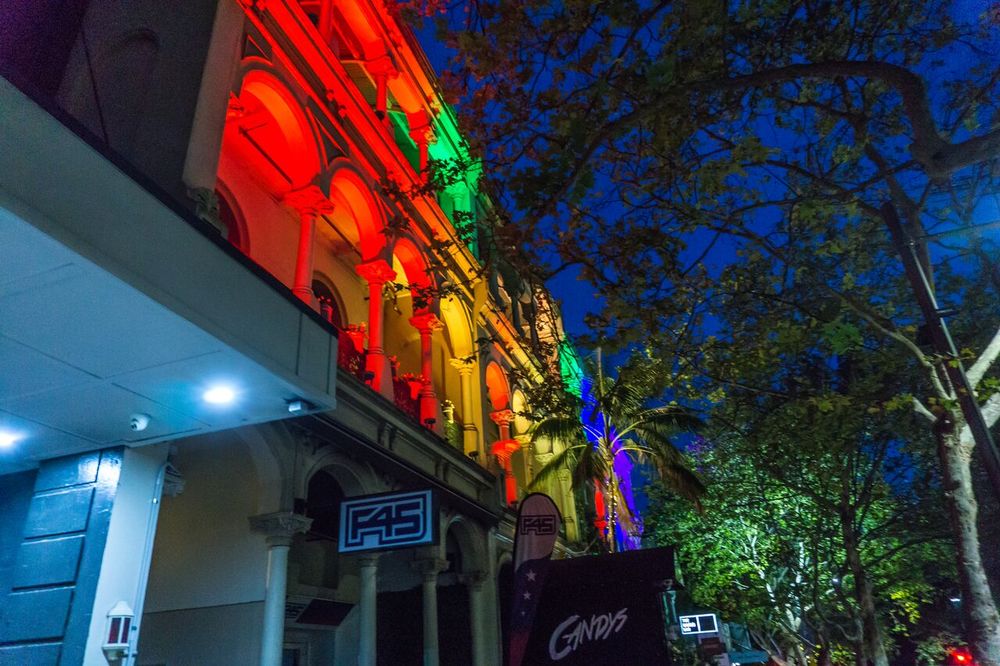 It’s a windy yet warm evening, and I’m standing under a large Coca-Cola billboard in Sydney’s Eastern Suburbs. On either side of me is a Sydney Urban Adventures tour guide (who asked not to be named due to the sensitive nature of the tour) and a fellow tour-goer.

We’re about to start our Kings Cross – Crime & Passion tour in an area I know very well. In my nine years in Sydney (I’m American), I’d estimate I’ve spent roughly 10% of my time in the Kings Cross. It was home to some of the city’s best nightlife, and I was in my 20s — that substantial percentage made sense. Considering Kings Cross consisted only of two short streets, maybe a little less so.

Minutes into the tour, I learn it isn’t actually two streets at all. In fact, it’s not even one street.

“Kings Cross doesn’t exist,” my guide tells me. “‘Kings Cross train station is actually in Potts Point. ‘Meet you at Kings Cross’ meant ‘meet you at this intersection’.”

He gestures to the spot where Darlinghurst Road, Victoria Street and Kings Cross Road converge. It was the first of many ‘How did I never know this?’ moments I’d have on the tour.

By now it had started to drizzle. We walked down Darlinghurst Road and turned right onto William Street. Minutes from the busier streets and lined with quaint terrace houses, the leafy street had a palpable buzz about it.

Our guide told us how it had first been built; it had all started in the late 1700s and early 1800s when Australia received its largest-ever stream of immigrants. The wealthier people had asked the governor if they could own property on the pleasant-looking street. He’d granted them 17 estates provided they build homes worth over $1,000 — a hefty amount at the time.

They agreed and the street became a prestigious residential one. Though the suburb’s inhabitants were doctors and lawyers overseas, there, with English not their first language, their degrees weren’t recognised. As a result, they opened small businesses. The area soon teemed with cafés, restaurants and bars.

We strolled down the street and the guide pointed at a terrace house across the road. It was where one of the most eccentric characters of that time had lived: Rosaleen Norton. Our guide played us a grainy black and white video on his phone of Kings Cross in the 1960s and Norton (called “the most famous witch in Sydney”) being interviewed in a bar.

“Are you ever sorry you don’t have a life like ordinary people, and get married and have children?” The interviewer asks her.

“Oh god no, I couldn’t stand it if I’d done that!” she says, visibly repulsed at the thought.

Her comment illustrated the bohemian subculture Kings Cross was breeding at the time, our guide explained. Shunning marriage and children, the inhabitants of the Cross were choosing to live it up instead.

We walked back uphill, towards the train station as we learned about another character, Juanita Niselsen. She’d owned a newspaper that actively called out corruption. After speaking out against a property developer who wanted to tear down the area’s beautiful terrace houses in favour of building new apartment blocks, she began to fear for her life.

One day, she went to the Carousel Cabaret nightclub for a meeting she thought would be about advertising space. She was never seen again.

We later passed by the club, and the guide pointed out gold plaques on the pavement out front with engravings referencing what had happened.

In all my years traipsing the streets going from one nightclub to the next on Fridays and Saturday nights, I’d not once noticed the plaques. But, I guess, even if I had, I wouldn’t have understood their significance.

As the guide took us up and down the two main streets and around ones in nearby Potts Point, we passed restaurants and bars with crowds spilling out onto the sidewalk; slick businessmen on their way home from work and dark alleys with bums.

Kings Cross is undoubtedly still a colourful corner of Sydney, but hearing its history gave me a whole new perspective on it — one I couldn’t have had as a 20-something in search of late nights And now, I’ll never look at it the same way again.