Blog > A spicy adventure in Zanzibar 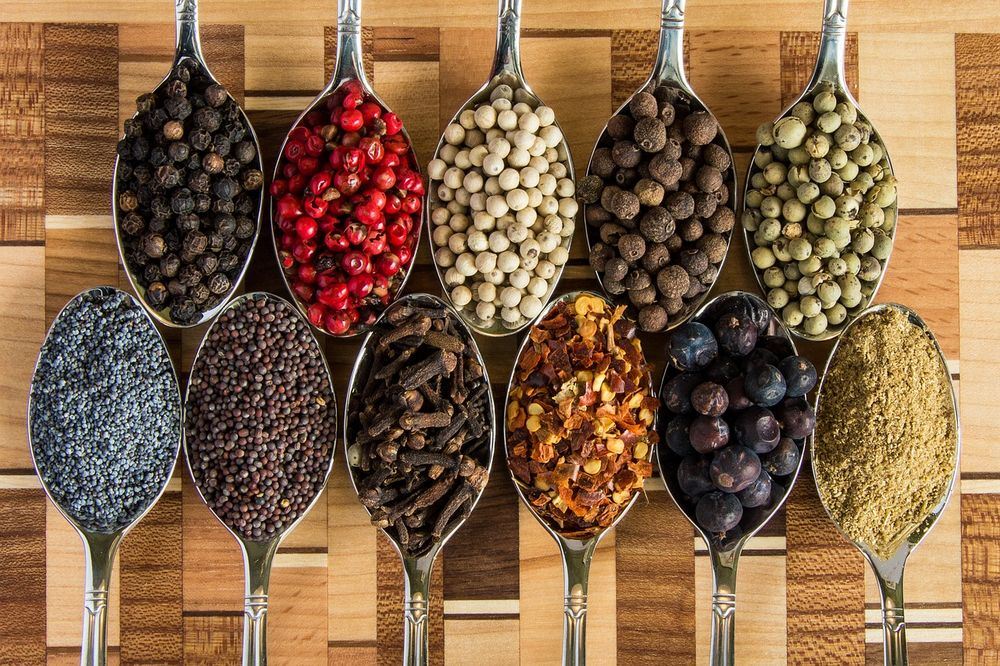 A spicy adventure in Zanzibar

If variety is the spice of life, then Zanzibar is nature’s supermarket. East Africa’s favourite island playground, Zanzibar appeals to those who want to heighten their senses in a kaleidoscopic world of flavour. The island is renowned for its exotic aromas, spices and herbal remedies, and discovering these delights in their natural home makes for a… well, spicy adventure!

How did things get so spicy? (A brief history of the spice trade)

Over the course of centuries, traders arrived at Zanzibar’s port on route across the Indian Ocean to discover new world trade.

The original settlers on the island were Bantu-speaking Africans. At the turn of the 16th century, Portuguese traders established themselves in Zanzibar as part of their quest to take over East Africa. They brought with them various plants from their own colonies across India and South America. Fast forward 200 years later; Arabs set up trading companies on the island, drawing a close to Portuguese dominance over Zanzibar.

It wasn’t until 1832 that Zanzibar’s tropical climate and fertile soils were taken advantage of to make Zanzibar the spice island it is today. The Omani Sultan, Seyyid Said, moved his empire capital from Muscat to Stone Town to cultivate the production of cloves, which was traded like gold at the time. It wasn’t just the flavour that was a winner with taste buds — cloves were used as a common method of curing and preserving meats long before the refrigerator.

When the island’s other main trade — slavery — was abolished, the spice trade continued to flourish, bestowing wealth and flavour that led to the island’s legendary moniker, ‘the Spice Island.’ 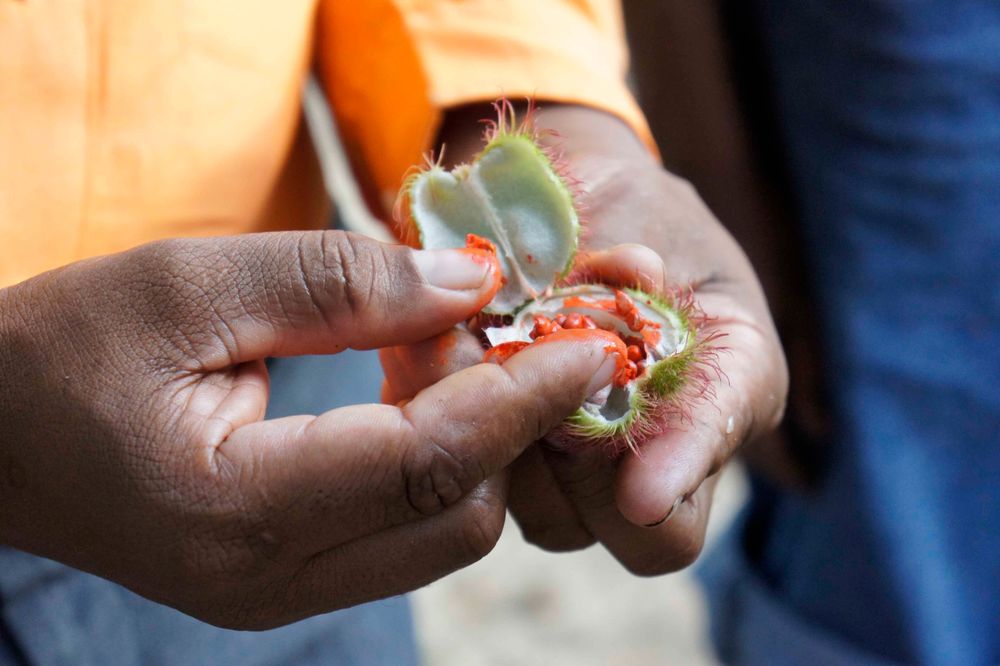 Spices of many uses

The spices grown in these plantations add flavour to the distinctive cuisine of the island, provide numerous cures for everyday ailments, and are ingredients in cosmetics and the colourful dyes needed to celebrate festive gatherings. From henna to lipsticks, pillows to medicine, many useful plants are woven into the fabric of Zanzibar’s culture and industry.

On my tour, a local guide led me through a spice farm, from plant to plant, tasting and discussing the significances and uses of each.

A walk through the spice farms

Walking through one of Zanzibar’s inland spice farms makes you feel like you are in a scene from the ’90s family movie, ‘Honey I Shrunk the Kids,’ thanks to a soaring canopy of evergreen trees that makes you feel miniature. This is especially the case when you find yourself caught under leaves that are taller than you! Among the tropical greens and coconut palms is the exotic kapok tree, famed for its height, hollow trunk and spikes. The tree itself can grow up to 200 feet, towering over the rainforest, and the spikes give off the dramatic appearance of a medieval torture device. And yet, the tree shreds its spikes once it matures and its fibres are used to produce something soft: mattresses and pillows.

Bring your make-up bag, as another fascinating plant you’ll spot is the bright, red-hued lipstick tree. Inside its furry red fruits are hard, deep red seeds that are used as industrial dye in food preparation and cosmetics. The henna plant is also found here, most commonly known for creating stunning and intricate patterns on the skin, of course, but what you might not know is that it is also used to incite natural abortions.

But the most alluring part of walking through the spice farms is seeing what spices look like in their natural state as opposed to a local grocer’s store shelf. A shopping list of spices can be found here: pepper, turmeric, cinnamon, chilli, peppermint and allspice with its dried berries pleasantly smelling like a fusion of cinnamon, cloves, ginger and nutmeg. 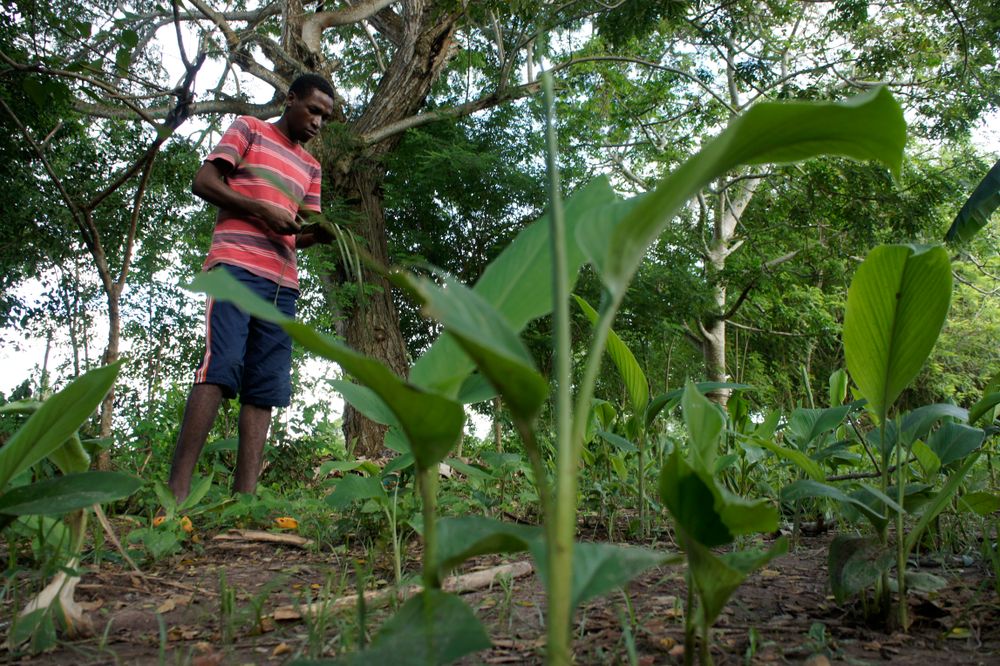 Despite losing its claim to be the world’s biggest clove producer to Indonesia, Zanzibar still produces what is referred to as the ‘King of Spices’ in vast amounts. Cloves are not only a flavour enhancer but its oil, eugenol, acts as a food preservative. It can also be used for medical purposes, as a relief for nausea, gas and vomiting. It can also help control the pain from a toothache.

Zanzibar’s spice farms not only produce spices to eat but also exotic fruits to consume. The red banana, guava and jackfruit trees capture your attention due to their brightness and the sheer size of the fruits. Seeing an almond plant makes for fun piece of trivia to quiz friends back home: did you know it takes roughly 100 days for one nut to be produced from one fruit? No wonder almonds don’t come cheap!

Mother Nature really wanted to spice up the lives of all Zanzibar’s occupants, and with a visit to one of its exotic plantations, you’ll see that for yourself. Zanzibar is a natural mega-mart with spices, fruits, natural cures, manufacturing materials and cosmetics all readily available — just bring an empty bag!

The Best Way to Eat and Drink in Tbilisi – is With a Local
Lonely Planet Best in Travel 2020: What not to miss according to locals
The best chocolate in the world is Austrian
Our 6 favourite social enterprises that empower women
The best cocktail bars and beach clubs in Bali