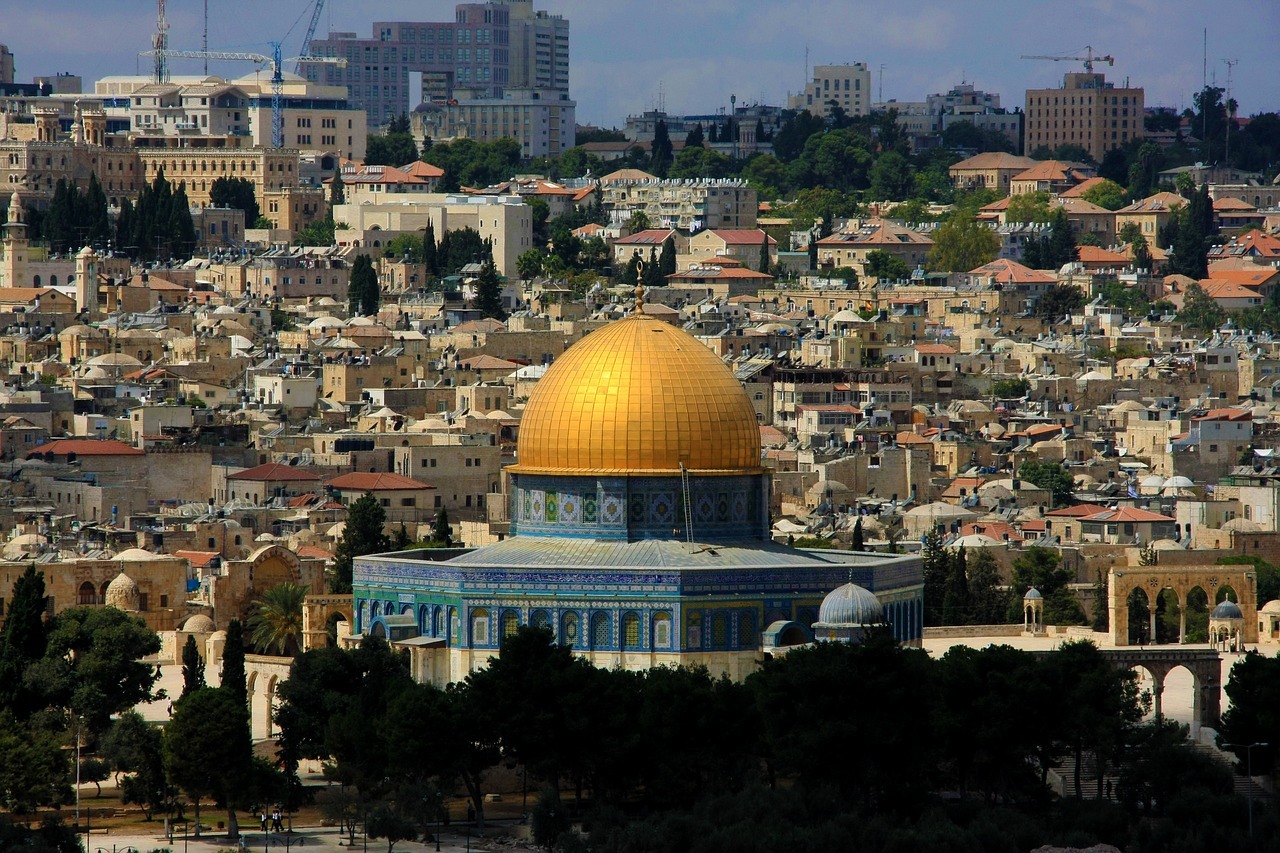 The complete guide to: Jerusalem travel

Jerusalem is home to some of the world’s holiest sites, as well as some of its most important museums and monuments. But not only that, Jerusalem also boasts buzzing nightlife, an ever-growing culinary scene, and enough festivals and events throughout the year to keep any visitor busy. Whether you’re thinking about planning a trip, or you’ve already booked your ticket, our local Jerusalem tour guides have you covered for everything you need to know about getting there, getting around, and what to see and do in Jerusalem.

Getting to and from TLV

Your best option for getting to and from Jerusalem’s Ben Gurion Airport is via the convenient shuttle bus, numbered 485. The bus runs every hour, 24 hours a day, 6 days a week (excluding Shabbat). Pick-up at the airport is on the arrivals concourse of Terminal 3, which is the same level as the airport taxi stand. There is also a pickup from Terminal 1. The trip should take around an hour (give or take) and costs NIS 16.

Getting around Jerusalem is fairly easy via the city’s extensive bus system and Jerusalem Light Rail (also referred to as the tram). Tickets for a single journey cost NIS 5.90 for both modes of transport. You can buy bus tickets on board the bus, and for light rail, tickets are be purchased at each boarding platform. Taking the tram in Jerusalem | Photo via Pixabay

Planning your bus route is best done through the bus company website. Jerusalem Light Rail has just one line, stretching from Pisgat Ze’ev in the North (Heil Ha’avir Station) to Mount Herzl in the West, with 23 stops altogether. The system makes for a convenient way to see the central part of the city. You can also use their online planner for help figuring out your route. If you’re using light rail, remember to validate your ticket when you board the train by swiping it and then keep it for possible ticket inspection.

If you’re going to be visiting for longer than a few days, you might want to pick up a reloadable Rav Kav Card that works for light rail and the bus. Cards cost an initial NIS 5 and then it’s up to you how much you want to load. Cards can be purchased from the driver and various sales points. Just note that if you want to get a card, as a tourist you’ll want the Anonymous Rav Kav Card (versus personal).

For anyone spending time in and around the Old City, walking is a great option since there are many attractions located in very close proximity to one another.

Things to do in Jerusalem

Once you get to Jerusalem you’re likely going to want to spend a good chunk of time exploring the Old City. The walled one-kilometre area in the centre of Jerusalem is divided into four quarters: The Jewish Quarter, The Armenian Quarter, The Christian Quarter and The Muslim Quarter, and is home to some of the most important religious sites in the world. Here you’ll find the Western Wall (also known as the Wailing Wall), which is the last remaining wall of what was the Jewish Temple, and the holiest site in the world for Jews. Above the Western Wall is Dome of the Rock, a very important site for Muslims, and not far from that is the Church of the Sepulcher, a sacred site for Christians. For a good overview of the Old City, walk along the Ramparts Walk along the walls of the Old City. Located in the modern city of Jerusalem (west of the Old City), you’ll find Machane Yehuda Market, an authentic Middle Eastern market. This is the largest market in Jerusalem with over 250 vendors selling everything from colourful spices and fresh produce to traditional baked goods and authentic Jerusalem hummus. Needless to say, bring your appetite.

Yad Vashem is Israel’s national Holocaust Memorial and well worth a visit for its fascinating galleries of interactive historical displays featuring photographs, films, documents, letters, works of art and personal items found in the camps and ghettos. It’s an intense experience, but an extremely important one.

Another important museum well worth adding to your Jerusalem itinerary is the Israel Museum, home to one of the most comprehensive collections of art and Holy Land antiquities in the world. The huge museum’s permanent collections are organised into three wings for archaeology, Jewish art and life, and the fine arts, and the museum also offers rotating temporary exhibitions.

Depending on when you visit, Jerusalem boasts numerous arts and culture festivals throughout the year, including Israel Festival in May, Jerusalem Festival of Light in June, Jerusalem Film Festival in July, International Klezmer Festival in August, and Jerusalem Season of Culture in September, just to name a few.

Looking for more things to do? Urban Adventures offers day tours in Jerusalem, all led by local experts that will give you a taste for local life:

Beyond the Walls
Get out of the old quarter and walk in the footsteps of those who defied danger and dared to build a life beyond the city walls. Find out how cultures from around the globe came together and created the modern face of Jerusalem.

Tastes of Old Town
This Jerusalem tour serves up a little bit of everything, and all of it is far off the tourist trail! See the Old City with new eyes as you explore the Jewish, Christian, Muslim, and Armenian quarters that define Jerusalem today — with plenty of food stops along the way.

Jerusalem on the big screen

P.S. Jerusalem, directed by Danae Elon, paints a complex yet poignant picture of modern Jerusalem. In addition, Jerusalem, filmed in 3D for IMAX, is a comprehensive look at one of the world’s most fascinating cities.

You can find music of all kinds in Jerusalem. Some local bands you might want to check out before you go include indie-pop band Lola Marsh, hip-hop ensemble System Ali which blends classical Arabic music, klezmer, Romanian tunes and rock, and acoustic folk-country trio, Jane Bordeaux.

Get a better understanding of the city before you visit by reading Jerusalem: The Biography by Simon Sebag Montefiore.

A Simple Guide to Thai Temple Etiquette
Lonely Planet Best in Travel 2020: What not to miss according to locals
Best street food in Jerusalem: Abu Shukuri’s hummus
Things to do in Budapest at Christmas
A Guide to Zagreb’s Christmas Markets