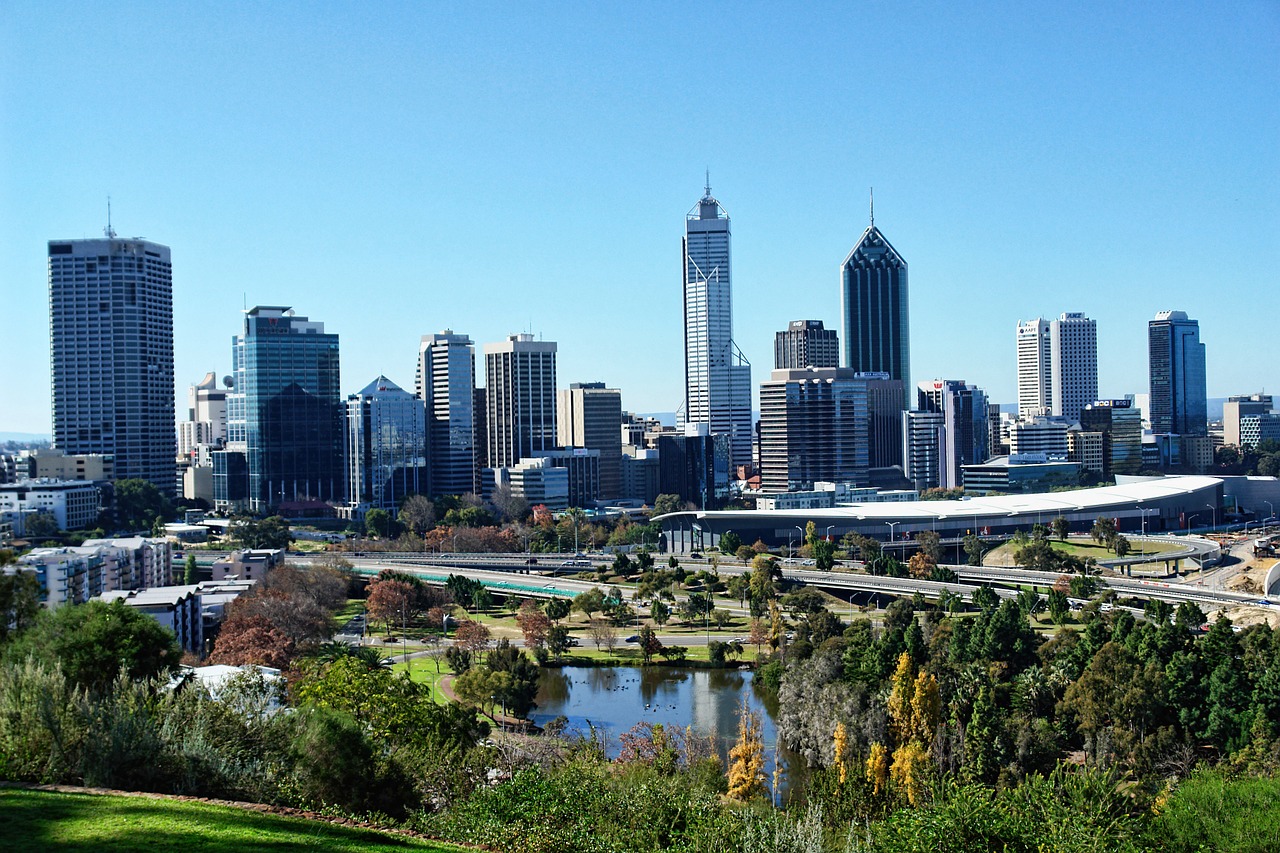 The complete guide to: Perth travel

So, you’re travelling to Perth — smart choice! Whether you’re coming for the beaches, fantastic weather, abundance of green space, myriad cultural activities, great restaurants and bars (or all of the above), we’ve got the scoop on everything you need to know about getting there, getting around, and the best things to see and do.

Getting to and from PER

The Transperth bus service is the most economical way to get to and from Perth Airport’s terminals. Bus 380 runs daily between the Elizabeth Quay Bus Station in the Perth city centre and Terminals 1 and 2. It is a limited stop service with connections to other services available at: Elizabeth Quay Bus Station, Victoria Park Transfer Station, Burswood Train Station and Belmont Forum Shopping Centre.

Bus Route 40 operates seven days a week between Elizabeth Quay Bus Station and Terminals 3 and 4 via Great Eastern Highway, offering the most direct route between Perth Airport and Perth City.

Taxis are available at the designated taxi ranks located outside each terminal. Some drivers will ask you to pay your fare in advance, and the fare is the same for both a group or single person. The trip should cost AUD 43, and note that a AUD 3 fee is added to your fare, which contributes to providing better infrastructure at Perth Airport.

If you’d rather opt for a ridesharing service, Uber is fully legal and regulated in Western Australia and available to pick up or drop off at Perth Airport. Fares will vary depending on traffic and availability, but should be AUD 25-30. The aforementioned AUD 3 airport fee applies to all pick-ups at Perth Airport.

Public Transit: There are three modes of public transportation for Perth travel: bus, train and ferry. The best way to plan your journey is on the Transperth website. Tickets are available for purchase on buses and at train stations. Fares range based on zone and distance of travel. Load a SmartRider card with a minimum of AUD 10 and you get 15% off the cash fare.

Taxi: Metered taxis are available with fares varying based on distance. You can get an approximate cost on Taxifare. While you can book a taxi in advance, a reservation does not guarantee it will actually show up. Make sure to leave yourself plenty of time, especially if you are going to the airport.

Rideshare: Uber is fully legal and regulated in Western Australia and is generally cheaper than a taxi.

Walking: The city is quite compact, and we highly recommend exploring both Perth or Fremantle on foot! While it is very safe to walk around, take common sense precautions with your personal safety and belongings.

Things to do in Perth

There are a few quintessential things you should experience in Perth. The first is to check out a Perth Wildcats basketball game. Tickets start at AUD 25 and are available at Perth Arena Box Office or online at the NBL box office. The Perth Wildcats have fantastic fans, and there is an electric atmosphere in their amazing new venue. It’s a family-friendly activity and if you want to share in the local spirit, make sure to wear red!

The city comes alive for almost two months at the end of January to the beginning of March with hundreds of amazing shows, concerts, and performances happening for the Fringe World Festival and Perth Festival. You can pick up tickets on the festival websites or at the box offices set up around the city. Events range from free to over AUD 100, featuring international music acts, comedy, performance art and exhibitions.

For local art exhibitions and live music gigs all year round, check out the Fremantle Arts Centre located in an historic building that was originally a lunatic asylum.

Time to hit the beach | Photo via Pixabay

Perth is also a great city to enjoy the outdoors. Hit up one of the local beaches for swimming, people-watching, or working on your surfing skills. You could also head for the hills (the Perth Hills) to hike or mountain bike overlooking incredible views. After all that activity, you’ll probably want to relax with a glass of wine at one of the wineries in Swan Valley!

Perth on the big screen

Get your Perth fix with Two Fists, One Heart, a film filled with all things Perth, with some of the city’s best locations featured predominately in the film.

Eskimo Joe’s album “A Song Is A City” is a great way to get you in the mood for your trip. The Australian rock bank wrote the whole album about living in Fremantle!

A Fortunate Life is one of Australia’s most beloved books and considered a classic piece of Aussie literature. This autobiography tells the story of author, Albert Facey’s extraordinary life in Western Australia and through World War I. After the book’s great reception turned him into a national celebrity, Facey was famously quoted as saying his life was simple and he “had no idea what all the fuss is about.”

Cloudstreet by Tim Winton is another great read. It tells the story of two working class families living together in a suburb of Perth over a period of twenty years.