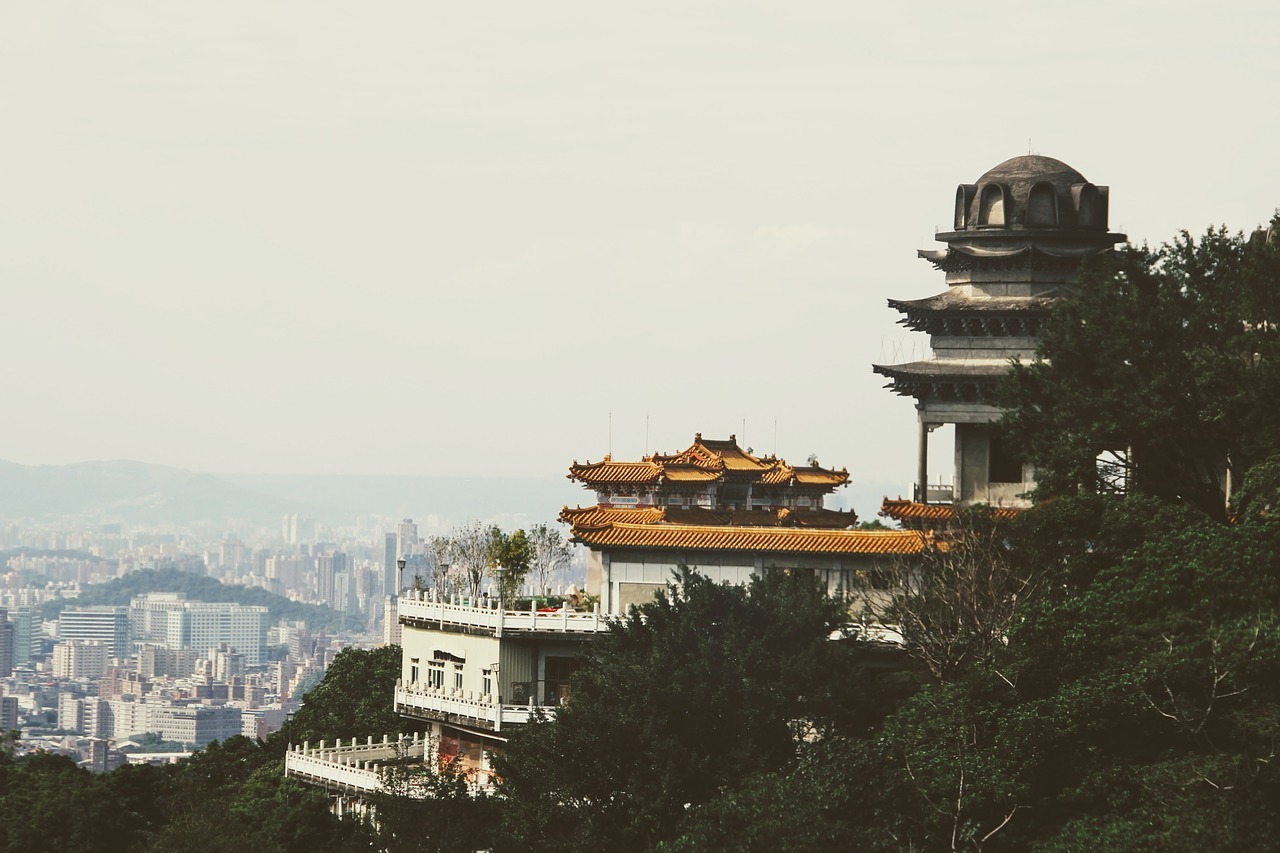 The complete guide to: Taipei travel

Taipei is a city you can go back to again and again and always find something new to explore. Night markets abound, as does the chance to sample some of Asia’s best and most interesting street food. There are temples and museums aplenty, and since Taipei sits in a basin surrounded by mountains and hot springs, getting out of the city for some hiking, cycling or hot spring soaking is an easy endeavour. If you’re planning a trip to Taiwan’s capital, read on for our complete guide to Taipei travel.

Getting to and from TPE

You can also opt to take a taxi depending on what time you’re arriving or departing. Taxis can be found outside the Arrival Halls of both terminals, at the west side. A one-way taxi fare between the airport and Taipei will cost at the minimum 900 TWD (generally 1,000 to 1,200 TWD from the airport). The bustling city of Taipei | Photo via Pixabay

Taipei’s MRT is one of the best and easiest ways to get around the city. Services operate on 3- to 8-minute intervals from 6am to midnight and tokens can be purchased from machines or ticket offices at all stations. Ticket prices from Taipei Main Station cost 20 to 65 TWD. The one-day pass, which may be purchased at each station’s service counter, is 150 TWD. If you’re staying longer than a week, it’s worth buying an EasyCard, which costs 500 TWD (including a 100 TWD refundable deposit) and can also be used on buses. Remember to swipe your card or token before and after taking a ride.

Walking is also a great way to explore Taipei, especially in the city centre. You can also get around on bicycle courtesy of city-wide bike-sharing service YouBike.

Things to do in Taipei

One of the best things about Taipei is the fact you can set out on a hike without leaving the city. One of the most popular trails is Elephant Mountain, a moderate trek up a considerable set of stairs. The workout is worth it for the 360-degree views of the city and surrounding mountains. Elephant Mountain is one of the “four beasts,” which is the term for four small peaks on the east side of Taipei City that also include Leopard, Lion and Tiger. To get to the trail, take the red line [2] to the Xiangshan MRT stop. Head out exit 2 and follow the signs through Zhongqiang Park. Make a left at the end of the park, head up the hill, and then to the right, with the trail entrance on your left just past the temple.

Soak away stress or any travel-related aches and pains with a trip to Beitou, a region known for its abundance of hot springs. The area can be reached via MRT in about 30 minutes from the centre of Taipei and there are public and private hot springs to suit every budget here. Shilin Night Market is one of the largest, most popular night markets in Taiwan and it happens every evening beginning around 5pm near Jiantan MRT Station. If you’re intrigued about street food and local cuisine in Taipei, this is a great place to dig into everything from stir-fried squid and scallion pancakes, to oyster omelets and stinky tofu. The market is divided into two areas: food and merchandise. Neighbouring streets are packed with funky little shops, roadside stalls and vendors selling fashion, trinkets and souvenirs.

Check out the National Palace Museum to see the world’s largest collection of Chinese art, including painting, calligraphy, statuary, bronzes, lacquerware, ceramics, jade and religious objects. The museum offers free guided tours in English at 10am and 3pm (book online). If you prefer to move about at your own pace, try an English headphone guide (150 TWD). In addition to exhibition galleries, the grounds also include the Zhishan and Zhide Gardens, flanking either side of the museum.

At 508 metres from base to tip, towering Taipei 101 is the city’s major landmark and the former tallest building in the world (a title it held from 2004 to 2009 when it was surpassed by Burj Khalifa). Observation decks are on the 88th and 89th floors, with an outdoor deck on the 91st floor opened on some occasions, weather permitting. The massive gold-coloured iron wind damper that keeps the tower stable through typhoons and earthquakes is the world’s largest and heaviest wind damper.

Taipei on the big screen

Get a feel for Taipei before trip by screening the 2009 film Hear Me, which is set in Taipei and follows the romance of a delivery boy and hearing-impaired girl.

The music scene in Taipei is an ever-growing and eclectic one. Some popular local bands and musicians to check out before (or during) your trip include Jay Chou, Mayday, and A-Mei.

For some pre-trip reading, try Taiwan Tales – One Country, Eight Stories: a Multicultural Perspective, by various authors for some insight into Taiwanese culture.