Blog > The guide to getting around Denver 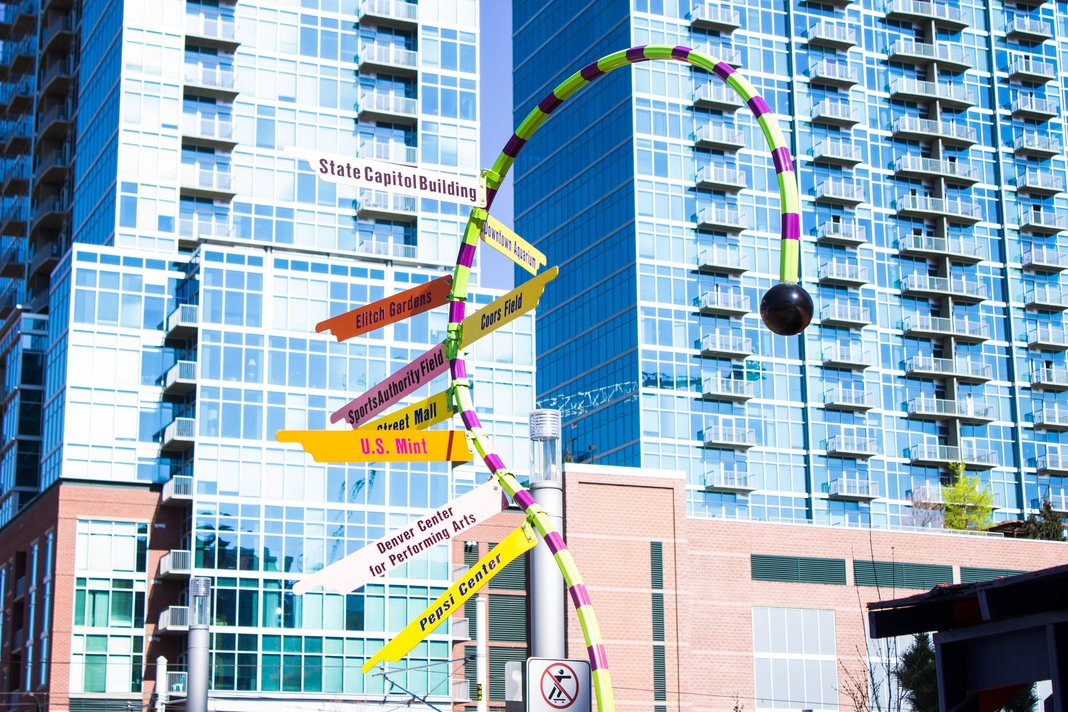 The guide to getting around Denver

Denver is a very walkable city if you stay within Denver proper; however, a lot of the city’s scene lies on the outskirts of the axis. Not to worry though, there are multiple options for scoot-scooting from neighbourhood to neighbourhood, to enjoy the best of what Denver has to offer.

Given recent history, Denver’s public transportation system is somewhat lacking, but making great strides due to the massive influx of people, food and entertainment options back to the downtown area. Oddly enough, if you look at the old transit lines, Denver may have had a better public transportation system back in the ’30s with their cablecars.

Fun fact: Where was once the steam plant that powered the old transit system now sits the outdoor gear store REI — which some say is haunted. The supervisor on the renovation project reported that a shaman was brought in to do a cleansing of the premises before the construction crew would set foot inside. Now, they warn new employees about the basement as an on-boarding gag.

So let’s take a look at how you can best get around to make the most of your time in Denver.

From planes and trains

Did you know that Denver airport sits 37 kilometres (23 miles) outside the city itself? Which means, if you’re not renting a car, this can present some difficulties getting back and forth. A cab ride can cost up to USD 60, while ride share app users report about half that to get to DIA.

Opened in April of 2016, the A-Line solves this problem, taking visitors from the airport to the heart of Denver.

Fun fact: It’s the shortest walk from public transportation to the security line in the U.S. Literally a five-minute walk from the train to the TSA line. Beautiful.

Aside from the A-Line, the RTD (Regional Transportation District) light rail can get you around to some of the outlying areas of Denver quite efficiently.

Free rides for all

The 16th street pedestrian mall spans 2 kilometres (1.2 miles) from Union Station to the Civic Center, and the mall shuttle runs 5am until 1:20am and is a great way to get across downtown. Plus, wait for it… it’s absolutely FREE!

Need more ways to get around free? The Free MetroRide covers 13 stops between Union Station and the Civic Center. Intended for commuters, the shuttle runs during the morning and post-work rush.

Battle of the ride shares

When it comes to Uber versus Lyft, the latter seems to be more popular here given that it fits the local culture better than the more corporate feel of Uber. However, you can find both here, and many drivers register through both services.

Local company E-Tuk builds their electronic tuk-tuks in their facility in RiNo (See our Denver Neighbourhood Guide). If you see one of these scooting around town, feel free to wave them down for a ride. You’ll also find them on the First Friday art walks and first Saturday of every month, moving people from bar to brewery as part of the neighbourhood-sponsored shuttle. These things are great in the winter with a plastic cover and heated seats — you won’t even mind the bumpy Denver streets! 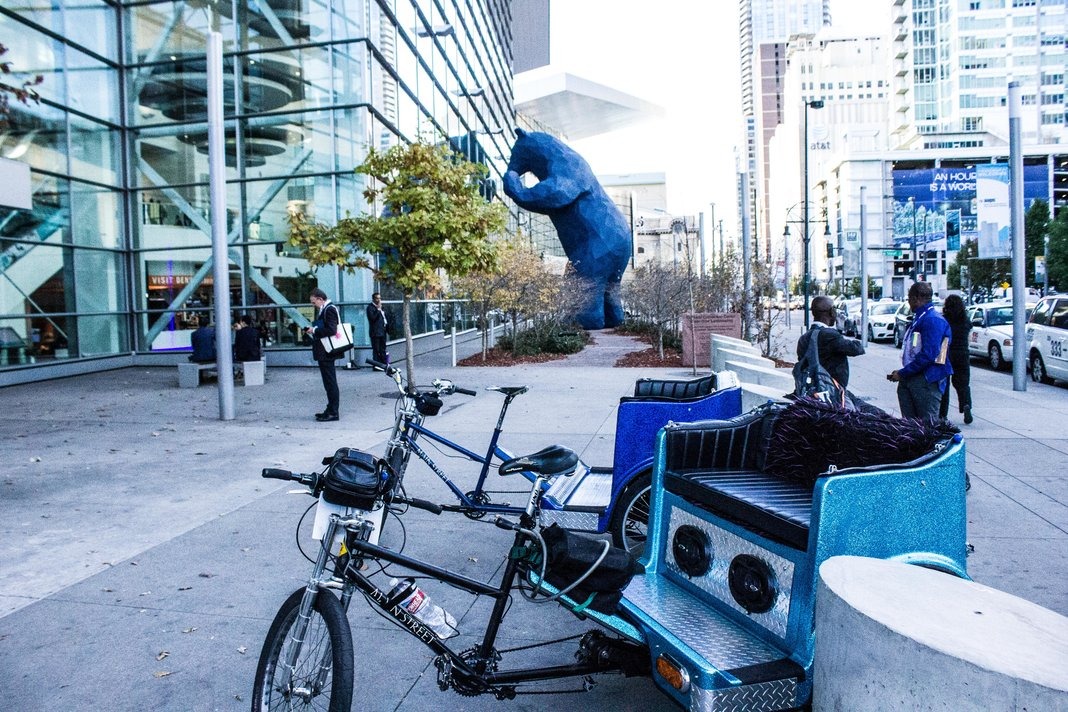 Let someone else do the pedalling | Photo by Denver Urban Adventures

Alternately, pedi cabs are huge here. These typically two-seaters are great for bar-hopping or hitting your favourite restaurant before going across town to a game. They’re also not your typical tuk-tuks that you might see in Thailand, no sir. These are usually equipped with speakers and witty conversation from the thick-calved peddlers (yes — I have calf envy).

Despite being easy to get around on foot, multiple options are here to get you from the best coffee in town to the best restaurant and back to the convention centre with minimal hassle. Getting around Denver has gotten so much easier. You’re welcome.