Blog > Things to do in: Istanbul 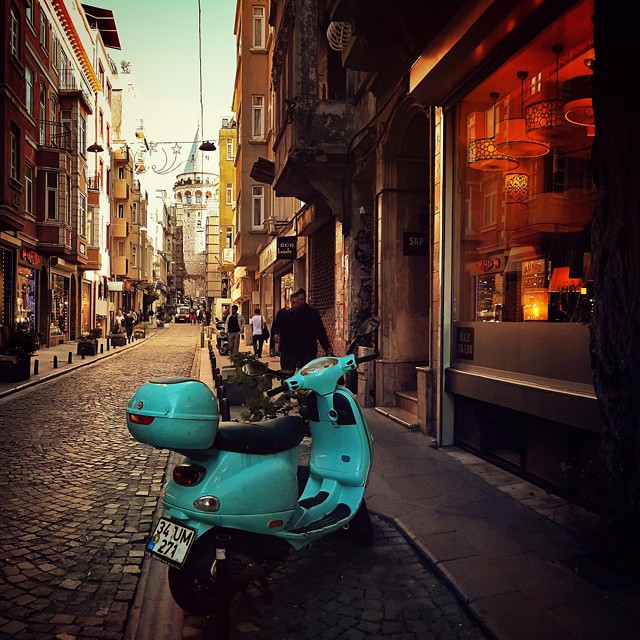 Things to do in: Istanbul

Urban Adventures
Istanbul
Things To Do In
Turkey

Tucked between Europe and Asia, Istanbul is a reflection of the Greek, Roman and Ottoman empires that once ruled in this part of the world. As a bi-continental city, influence from both Eastern and Western cultures is evident, as this city is distinct in its mixture of sights, sounds, smells and tastes. From palaces and mosques that will astound any travellers with an eye for architecture, to traditional music playing in the streets, the dazzling colours and smells of the exotic Spice Bazaar, and food that will tantalise your taste buds, Istanbul has something for everybody! Our city tours of Istanbul will introduce you to local life, but if you’re looking for ways to fill your days before or after your tour, then read on for the best sightseeing tips from our local guides.

The traditional sound of the city

Listen to the best acoustics in the city

Süleymaniye Mosque is one of the most-visited attractions in Istanbul. It is located on the third hill of Istanbul and is the largest mosque in the city. It was designed by Mimar Sinan, the great Ottoman architect who designed several mosques and palaces throughout Turkey, as well as in parts of Greece, Bulgaria and Syria.

Time your visit during a call to prayer and grab a seat overlooking the Bosphorus. You’ll be treated to one of the best sound shows in the city as the muezzin (the person at a mosque who is appointed to lead and recite the call to prayer) calls the city’s faithful to prayer — this happens at 3,000 mosques in the city at the same time! Listen to the melodies echoing off the walls of the mosque and take in this surreal Istanbul experience.

Take a stroll through the majestic Yildiz Park

Istanbul may be a beautiful urban jungle made up of concrete and cobblestones, but smack dab in the middle of the city in Beşiktaş lays the most majestic park. Tourists often overlook this park in favour of visiting other attractions, but they are missing out on an escape from the city that is both relaxing and rich in history. The park was once part of the imperial gardens of the Yildiz Palace during the reign of Süleyman the Magnificent. The park features three beautiful imperial kiosks — two of which were used as hunting lodges. The park now contains restaurants that are operated by the local municipality — one has views of the lake, and the other has views of the Bosphorus. If you’re looking for something more casual, bring a picnic and grab a spot on the grass.

We recommend eating a traditional Turkish breakfast, kahvalti, at a Sunday buffet. The park also has a porcelain factory and museum that was built in the early 1890s. If you’re looking to see the park’s famous tulips, visit in April.

Jump on the Kadıköy Ferry from Eminönü and hop from Europe to Asia in only 20 minutes! Grab a coffee at Fazil Bey and then flag a dolmuş (a taxi that runs set routes) bound for Bostancı, and get off in Fenerbahçe. The mile-long seaside promenade from Fenerbahçe to Bostancı is a local favourite to visit on sunny weekends.

Walk along the promenade, known as sahilyolu, and you’ll see swimmers, sunbathers, joggers, rollerbladers, soccer players and vendors of simit, tea and cotton candy. With great views of the Princes’ Islands just off the coast in the Sea of Marmara, bask in the sunshine and breathe in the fresh sea air. Bring a book along, join the locals for a picnic, or work out on the free gym equipment available in the parks. If you’re feeling really energetic, rent some rollerblades!

How to get back? We recommend taking the seabus from Bostancı to Kabataş, and then taking the T1 tramway from there. IDO is great website to search for ferry schedules.

Treat your taste buds to some authentic street food

Istanbul is often referred to as one of the top 10 cities in the world for street food, and we can show you why! There are a variety of treats available, including midye dolma (stuffed mussels), borek (layered pastry), kokoreç (spiced sheep’s intestines), and an array of tatli (sweet treats) to tempt those with a sweet tooth.

We like our street food so much that we designed our own tour around it! The best way to experience all that Istanbul street food has to offer is through our Night Tasting Trail. The best location for sampling amazing food is Istiklal Caddesi in Beyoğlu. This busy avenue welcomes up to three million people a day on the weekends, and the side streets that weave their way past cafés and street vendors are the best places to try local and authentic street food. If you’re looking to experience local nightlife, let us introduce you to Istanbul after dark.

Tucked away not far from the historical centre of Istanbul are the neighbourhoods of Fener and Balat. If you’re the type of visitor who likes to get off the beaten path, then you can’t miss out on a day of getting lost in the alleys and streets that make up this fascinating quarter of the city.

The houses are painted in a myriad of colours, washing lines are strung between buildings, kids play in the streets for hours, and traces of Jewish, Armenian and Orthodox communities still exist. Other must-sees on your itinerary should include a visit to the Ecumenical Orthodox Patriarchy, and a coffee stop at Café Vodina in the Balat Culture Centre.

To get to Fener and Balat from the Eminönü bus station by Galata Bridge, take the 36CE, 99, 28E, 44B, or 99A bus that run up the coast of the Golden Horn. If you want to extend your day then jump back on the 99A and continue on to Eyüp.

Found outside the old city walls at the end of the Golden Horn is the neighbourhood of Eyüp. It is one of the most sacred spots in the Islamic world. Visit the Eyüp Sultan Mosque and take the cable car to Pierre Loti Café for a strong Turkish brewed coffee, with great views overlooking the Golden Horn. The Eyüp Ferry is your best bet for a quick ride back to Eminönü.