Blog > Top 5 things to eat and drink in Toronto 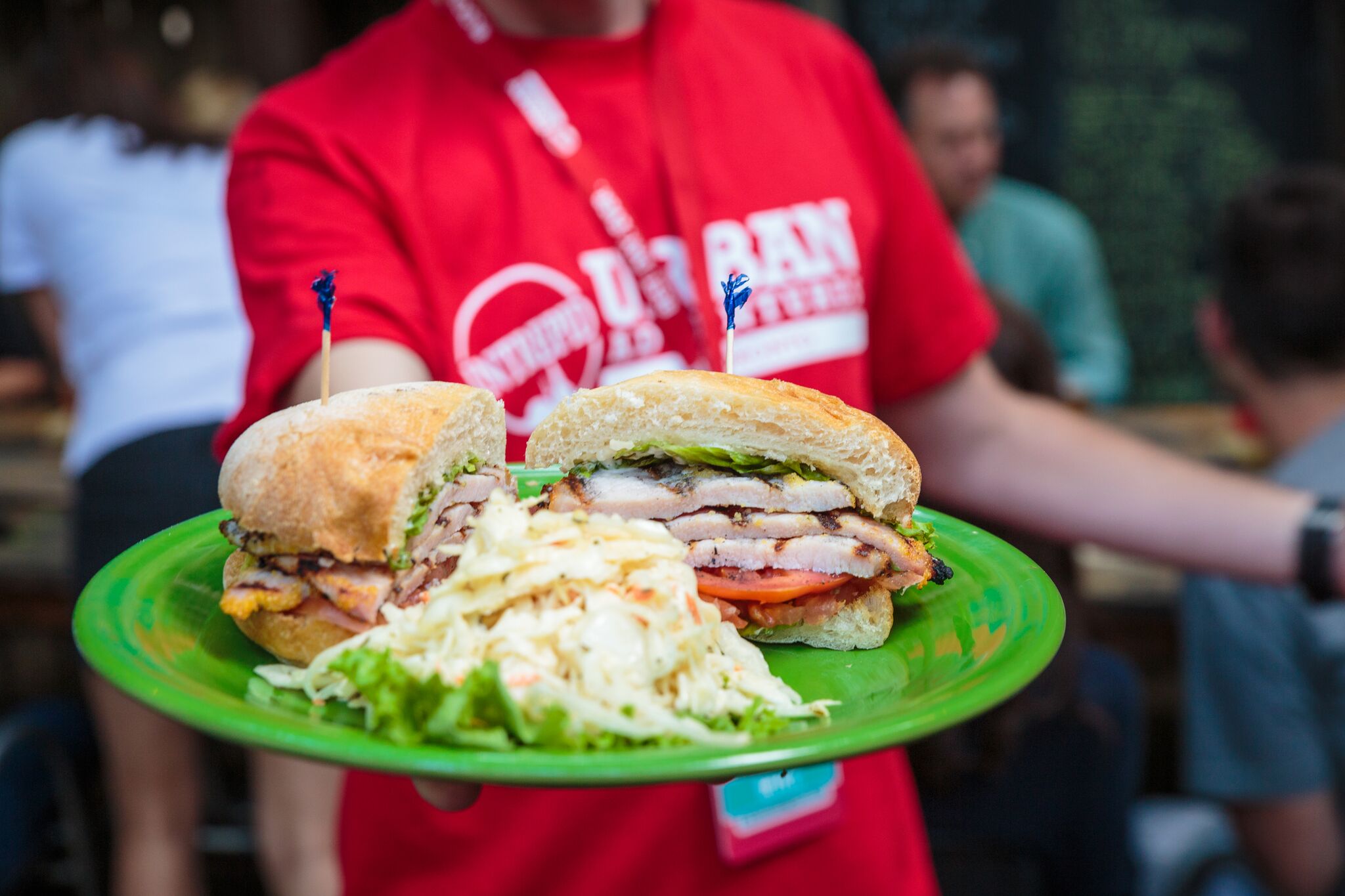 Top 5 things to eat and drink in Toronto

One of the best parts about going to any new city is trying out the local cuisine. According to the city of Toronto’s website, Toronto has no shortage of restaurants, with over 7,500 establishments to choose from. Two of the hardest questions I have to field as a tour guide are, “Where is a good local place to eat?” and “What is Toronto known for?” After all, with 51 percent of our population being born outside of the city (according to 2016 statistics) the options are endless. So with that kind of diversity, what are the best local and authentic dishes to seek out in this city? Read on for some of the things any visitor to Toronto should try.

Philadelphia has their cheesesteak, Montreal has their poutine, Chicago has their deep dish pizza. So what does Hogtown have to contribute? In case you didn’t know, Hogtown is a moniker that Toronto adopted during the mid to late 19th century thanks to the William Davies packing Company and what was then the largest pork processing plant in the British Empire. From William Davies and Co. Toronto got peameal bacon and the peameal bacon sandwich. The name derives from the loin of a pig being cured in a brine and then rolled in crushed yellow peas (pea) and then later cornmeal (meal). Outside of Toronto and Ontario you don’t hear too many people bragging about peameal bacon (let alone a peameal bacon sandwich), but it’s one of Toronto’s signature dishes. One of the best places to try one is Carousel Bakery at St. Lawrence Market, a spot that has been slinging sandwiches together since the 1970s. Fans include chefs like Bobby Flay and Emeril Lagasse. You can always find out more about peameal bacon and the history of Hogtown on our When Pigs Fry tour.

If you have a sweet tooth, there’s a good chance you’ll like butter tarts, small pastries consisting of a filling of butter, sugar, syrup, and egg, baked in until the filling is semi-solid with a crunchy top. Growing up in Ontario, I just assumed that everyone knew and understood what a butter tart was. It wasn’t until I started leading tours that I realized this was not the case. In fact, Toronto can’t even take full credit for this delicious dish. The earliest recipes started to surface in the Women’s Auxiliary of the Royal Victoria Hospital Cookbook in Barrie Ontario (two hours north of Toronto) around the 1900s. Outside Ontario you might even have certain Quebecers taking credit for a variation of it called “tarte au sucre” as early as the 1600s. No matter who lays claim to the origins of this sweet treat, you can’t deny that the best place to really get your fill is at Midland Cultural Centre’s annual Butter Tart Festival in Simcoe county, a few hours north of Toronto. Can’t wait for the festival? Than a quick stop by one of the many bakeries at the aforementioned St. Lawrence Market, or your nearest bakery should suffice.

One of Toronto’s many fusion dishes

Fusion food isn’t exactly unique to Toronto or all that new, but some of the combinations you can find here might be surprising. Many places have Italian, many places have Jamaican, but it’s not common to have both cuisines combined in one dish. But that’s what you get at Rasta Pasta, Jamaican and Italian cuisine. How does that work exactly? Well, you take a panini and stuff it with jerk chicken. A few doors down in Kensington Market you can find Hungarian food mixed with Thai cuisine giving you the aptly named, Hungary Thai. Head a few minutes up north from there to Barrio Coreano and have kalbi beef tacos or calamari with kimchi – now you’re eating Korean-Mexican fusion in Koreatown.

10 to 20 years ago I wouldn’t be bragging about Toronto, or Ontario for that matter, having a vast and robust craft beer scene. But now with over 40 craft breweries in the city and close to 300 in the province, there is more than enough to brag about. It’s almost as if brewers have set a metronome, and with every beat or pulse that clicks, a new brewery seems to open. Having trouble deciding which ones to try out? You might want to think about going on our Beer Makes History Better tour where we recommend some of the best brews in the city, while teaching some cool facts about Toronto’s history along the way.

I’ve mentioned that one of the hardest questions I face as a tour guide is what do Torontonians eat, and pointed out how diverse we are in terms of population. That is the Toronto of now. But if we look to the roots, people and cultures who have inhibited this land for over thousands of years, then I need to mention First Nations cuisine. What would First Nations cuisine consist of? This can be many different delicious dishes like frybread with bison, braised free-range bison back ribs, wild sockeye salmon, wapiti medallions, deer steak, dried herring roe on kelp, grain bread with rhubarb relish, and more! Toronto has many great restaurants that explore Canada’s rich, indigenous culture and cuisine like the Pow Wow Cafe in Kensington Market, NishDish on Bloor Street, or Kūkŭm Kitchen near Yonge and Eglington. Pop by any of these great places for the exquisite food, and stay to learn about the equally incredible culture and stories that have been part of Canada’s social fabric and landscape for hundreds of years.