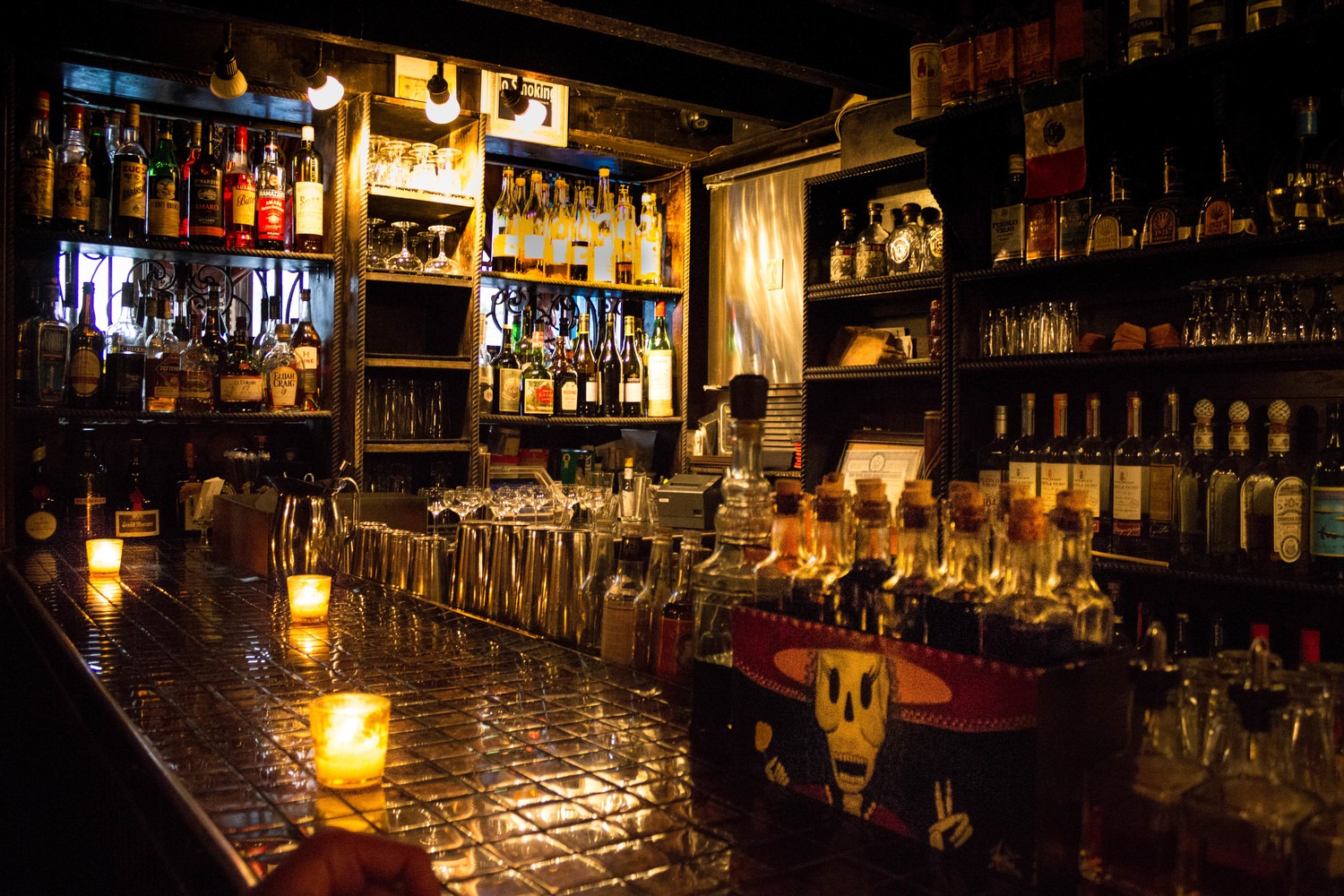 Mondays. The first day of the week to have a fresh start, learn something new, be productive, and go on a craft cocktail tour. That last part was no mistake, as you cannot shock your body into completely stopping the weekend activities.

It’s bad for you.

The bar at Mayahuel | Photo by Sarah Funk

The Urban Adventures cocktail tour will surprise even native New Yorkers with new, unique spots to get the most incredible craft cocktails. We went on a stormy Monday night but they offer these epic tours every day of the week. The tours are private and customised to you.

After briefing us on the historical background of Manhattan’s East Village, our guide introduced us to William Barnacle Tavern; the spot to quench your fiery-sugar-cubed-absinthe thirst. As for flavour, the Bohemian Style Absinthe had a sweet finish, liquorish-like (anise) taste, and we were surprised to find that it was mixed with water to dilute its super strength. With over 30 different varieties of the anise/fennel/wormwood stuff, it’s no wonder this former speakeasy and current bar/theatre is the place that even Frank Sinatra hung out at (among other gangsters/political figures — usually with no distinction!).

Mayahuel was our next stop: a cosy tequila bar and restaurant that features several varieties of mezcal and whose name represents the Mexican goddess of fertility. The food and drinks we had were an explosion of flavours (go here for a dinner date — you’ll thank us later!). We tried the Mezcal Rinsed Randy, which consisted of Reposado tequila, lime, and fresh ginger. To our delight, the ginger helped refresh our palates, and the 100% agave tequila was nothing like what we remembered (or didn’t) about the lesser-value tequilas we had in college.

The last place we visited was Wise Men. It was a cute 1970s-themed lounge that features cocktails that are created and named in-house. The featured drink was a refreshing classic bourbon cocktail that was artfully made by our skilled mixologist. It was the perfect spring drink: fresh and lightly sweet.

An incredible discovery of the night was Astor Wines, which has the largest selection of wines and liquors in NY. If you’re looking for that rare drink you had in Spain, you’ll find it here. We even found a bottle of Louis XIII cognac that was $3,300 — that’s over a $100 per sip!

This article originally appeared on sarahfunky.com and has been republished with permission.

Your NYC cocktail tour starts in Tompkins Square Park in the East Village, a site that’s famed for being the gathering place for political radicals and socialists, as well as the city’s immigrant poor – an appropriate place to begin since so much of NYC’s cocktail culture was invented by these very same people.

A local’s guide to Williamsburg, Brooklyn, NYC
What lockdown has been like in Philadelphia
Philadelphia Wellness Guide: Healthy Eating, Exercise Options and More
The Best Way to Eat and Drink in Tbilisi – is With a Local
Ultimate Guide to Being Vegan in Philadelphia