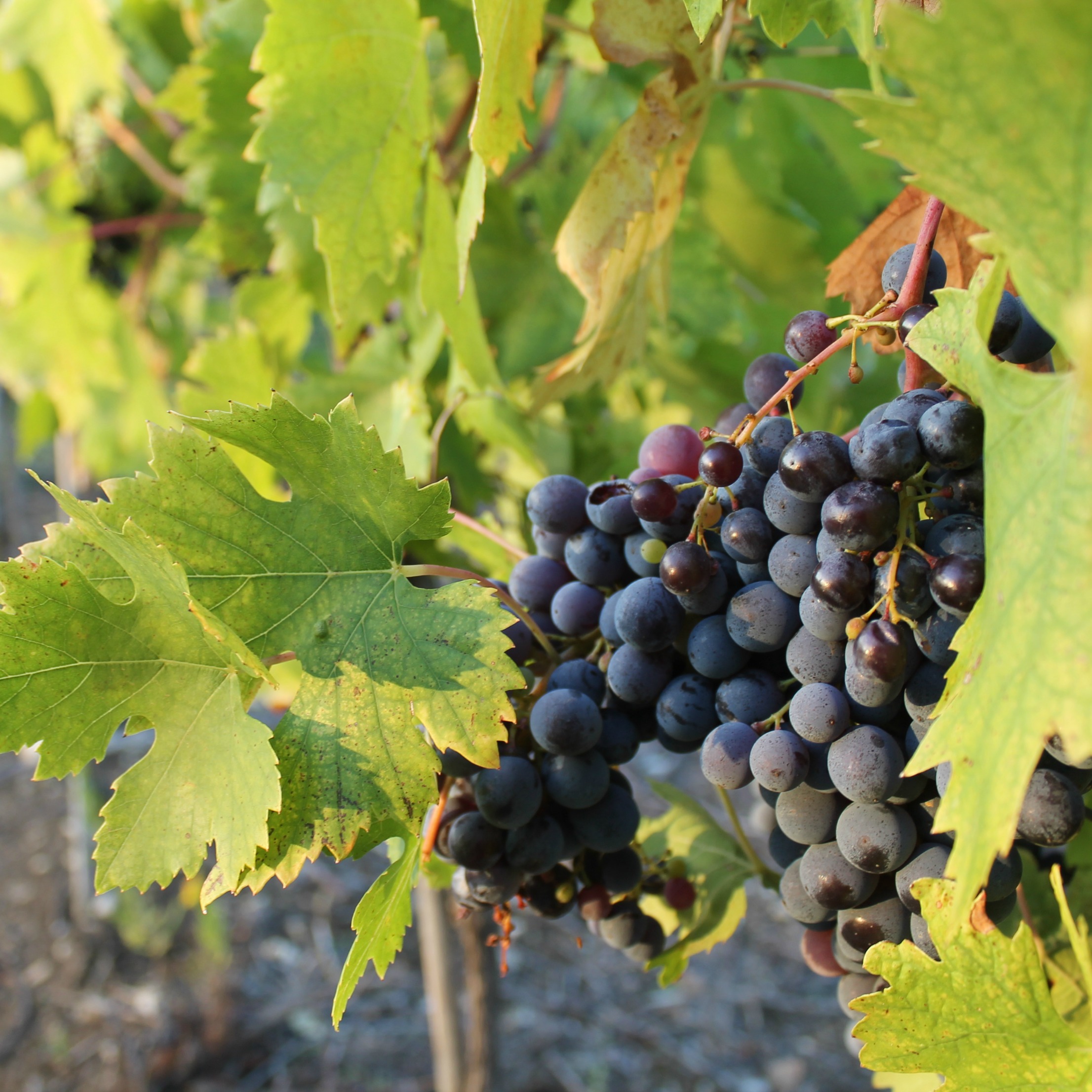 Everyone knows the Napas and the Barossas of the world — places whose names are synonymous with one thing and one thing only: really, really good wine. The malbecs of Argentina, the ports of Portugal, the shirazes of Australia — it’s easy to think you’ve tasted the world when you’ve tried the biggies. But the truth is, there are plenty of other wine regions, ones that typically don’t get a lot of attention but that are doing very cool things. Here are a few worth exploring.

Want to know the home of some of the world’s oldest vines? Yep, it’s Slovenia. Boom. This region has been producing wine forever (ahem, about 2,400 years), and it’s not a bad thing that you probably didn’t know about it. Here’s the thing: Slovenian wine is great. It’s really high quality, truly fantastic wine, there just isn’t a lot of it. Here, quality is prized over quantity, and in addition to both quality- and quantity-control, most of the wine produced in Slovenia is consumed in Slovenia. Exports are comparatively small, so if you can get your paws on Slovenian wine outside of Slovenia, well done, friend. One of the wineries that regularly exports is Dveri Pax (their Traminec is a fan fave), so you could do that, or you could just go to Slovenia and drink all the local wine you can find. 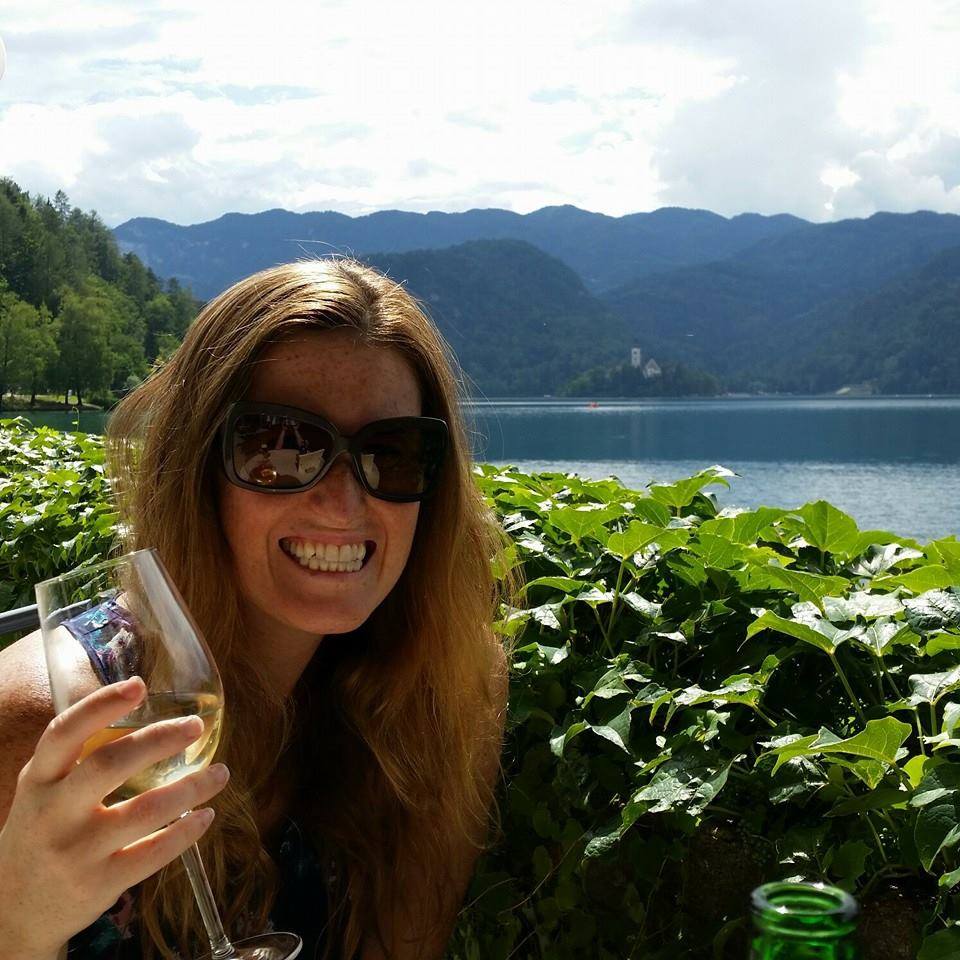 Our global marketing manager getting her wine on at Lake Bled in Slovenia.

Unsurprisingly, given that it’s one of Slovenia’s neighbours, Croatia has also been producing wine for upwards of 2,500 years. Like Slovenia, most of the wine Croatia produces is high quality, and (you guessed it) most of Croatia’s wine is consumed domestically. The majority of wine produced in Croatia is white wine, and the varietals can be confusing to foreigners (but let’s be honest, most wine varietals anywhere are confusing to most people…don’t lie…it’s true), so Croatia is a fantastic place to just throw caution to the wind and try something totally unknown. Given their attention to quality production, there’s little chance you’ll be disappointed with anything you get.

If all that history so far isn’t old enough for you, then head to the motherland of wine: Georgia. This Eurasian country is the birthplace of boozy grape juice — archaeologists have found evidence of wine production dating back a mind-boggling 8,000 years, and UNESCO has declared Georgia’s wine-making practices a recognised intangible cultural heritage. Which means if you want to be true wine connoisseur, you need to know the ways of qvevri (also spelled kvevri) — the traditional method of fermenting in earthenware pots buried underground for six months. Even today, this ancient practice is honoured with wine being traditionally served out of clay bowls, which is pretty damn cool, we think. This is another place that’s going to confuse you with its grapes, and you’re not going to be able to pronounce any of them, so just point at a bottle and experiment with the unknown. For red varietals, expect to find saperavi (a good bet is the Satrapezo Saperavi by producer Marani), mukuzani, and tavkveri, which are all on the dry end. Dry whites include tsinandali and mtsvane (recommendation: Satrapezi Mtsvane, also by Marani). Semi-sweet options are kvanchkhara and kindzmarauli for the reds, and tvishi for the whites.

It’s worth seeking out a bit of royal wine history at Chateau Mukhrani, which was founded in the late 1800s by a prince, but then abandoned during Soviet rule. It was re-opened in 2003 and has since won numerous awards for its Saperavi and Goruli Mtsvane bottles. Also worth visiting is Winery Khareba, where they use a mix of modern and ancient wine-making techniques, and age their bottles in an underground tunnel carved into the rock that stretches for nearly eight kilometres. Super cool and, yes, you can do a tasting inside. Other good options are Twin’s Wine Cellar, Nunu’s Wine Cellar, and Khvanckhara Winery.

If you want to keep your wine tastings to the city of Tbilisi, there are some worthwhile wineries worth exploring that are within the city limits: Schuchmann Wine Bar & Restaurant (8 Sioni Street), Chateau Mukhrani Wine Studio (6 Samghebro Street, Maidan Square), Vino Underground (15 Galaktion Tabidze Street), and Khareba Winery (50/1 Rustaveli Avenue). 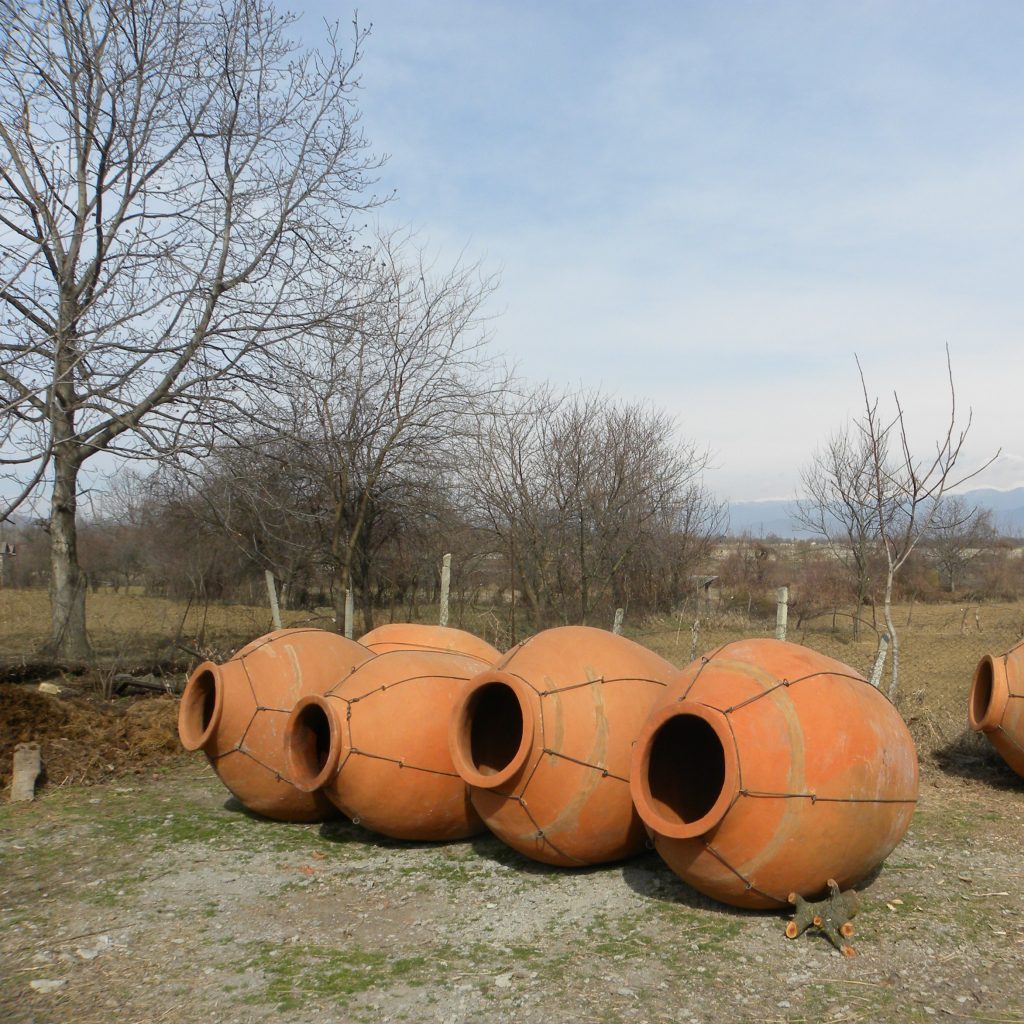 You probably already know the famous Spanish D.O. (Denominación de Origen) wines, such as those from Rioja and Ribera del Duero. But if you want to try something extra special, head to the small wine cellars of Mallorca, where winemakers are throwing some true Mediterranean flair into the process and creating bold, unique flavours. There are many local grapes employed in Mallorca wines, and tasting these offers real insight into the local culture and land: for example, there’s the callet, the black grapes manto negro, fogoneu, and gorgollasa (the latter not even present in commercial Spanish varieties), and the prensal white varietal. Some winemakers mix these local grapes with foreign (mostly French) grapes such as syrah, cabernet, merlot, pinot noir, chardonnay, chenin blanc, and viognier — but the characteristics of local soils and microclimates give them a different character than you’d traditionally get from those more common grapes.

Some of the ones worth trying include José L. Ferrer, which produces an affordable and balanced sweet muscat called Veritas, Biniagual, which excels with its Gran Verán red wine (created with mantonegro and syrah), aged in new French oak, and Mesquida Mora, which is very well-known thanks to its biodynamic wines. Also worth checking out is Bodega Ribas; if you want to splurge, go for its Ribas de Cabrera — otherwise, a cheaper option is its Sio Crianza, which perfectly reflects the Mediterranean personality of Mallorca red wines.

Yes, you read that correctly. China may be better known for wine of the rice variety, but grape offerings are becoming increasingly popular. (Don’t worry if you didn’t know. Most people don’t.) Admittedly, China’s wine industry had a shaky start — with bad, barely drinkable juices or knock-off attempts to recreate wines from more traditional regions like France and Italy. But turns out in recent years, Chinese vineyards have grown up and have started producing some seriously good wines with unique flavours (no more knock-off taste). The provinces of Ningxia and Yunnan have been getting lots of attention as the country’s new wine scenes, but it’s still early days, so anything could happen. No matter what, if you want to really impress your wine buds, get to China and brush up on the newest of the new world wines in a very old land.

Stellenbosch may get most of the attention when it comes to South African wines, but the Constantia route, 15 minutes from Cape Town’s city centre, is well worth checking out — not just for its tasty wines, but also for its long history. Here that you’ll find the oldest vineyard in the southern hemisphere: Groot Constantia Estate, which dates back to 1685. Or, you could check out Klein Constantia, which was beloved by European kings in the early 19th century (the likes of Napoleon, Louis Phillipe, and Frederick the Great were all known to have drank it). Klein’s most famous offering is their desert wine, Vin de Constance.

For something more modern, Beau Constantia sits on the crest of Constantia Nek, overlooking the valley and offering views from the False Bay coast to Cape Hangklip. They’ve also got a fantastic range of premium reds. Or, if you’d like to add some wildlife spotting to your wine tasting, head up the Constantia Mountain to Eagles Nest Estate. Grab a spot on their lawn and see if you can see any of those elusive African fish eagles flying about. If you’ve heard anything about Canadian wine, you’ve likely heard about ice wine from Niagara, and fair enough — it’s unique and excellent. But there’s so much more to Canadian wine, from the Okanagan to Ontario, and while everyone’s flocking to Niagara, we recommend you travel a bit farther east, to Prince Edward County (Niagara is an hour and a half southwest of Toronto, and PEC (or, ‘the county’) is about two and a half hours east of Toronto). Its productions are similar to Niagara — cool climate winners like pinot noirs and chardonnays — but on a smaller scale.

Local favourites include the chardonnays from Norman Hardie (stop by on weekends and enjoy their wood oven pizzas!), the pinot noirs from Closson Chase (bonus: the barn that hosts their tastings is beautiful), and for a treat, be sure to stop by Hinterland, producers of premium sparkling wine (that’s really, really good — we’re partial to the Borealis and Les Etoiles…and Ancestral…oh, hell, they’re all good…). And, brand new in 2016: beer!

It’s a bit far for a day trip from Toronto, Ottawa, or Montreal, so we suggest you make a weekend of it and stay at one of the local B&Bs (book well in advance in spring and summer) and pop into East and Main Bistro for a bite, Fifth Town Artisan Cheese for some rather tasty treats, and Drake Devonshire for drinks and dins with a view. California gets an awful lot of attention (and rightly so), but the two states to its north — Oregon and Washington — are worthy of consideration as well, particularly for their cool climate specialties: pinot noir and pinot gris (are you sensing a North American pattern here?!). In fact, Wine Spectator rated an Oregon pinot noir as the third best wine in the world for 2015, with other Oregon pinot noirs coming in at numbers 11, 13, 38, and 45 on the list.

You don’t often find Pacific Northwest (PNW) wines outside of the States, so when you’re travelling anywhere in the US, make a point of trying them. They aren’t always the cheapest bottle on the shelf, due to the grape being a tricky one to get right, but we promise, it’s worth the extra few dollars. This article from WSJ and this one from Wine Enthusiast are great places to start if you’re looking to find some reasonably priced, good value bottles to pick up while you’re State-side. We have the utmost faith that good Willamette Valley (Oregon) pinot noir will convert you with one sip.