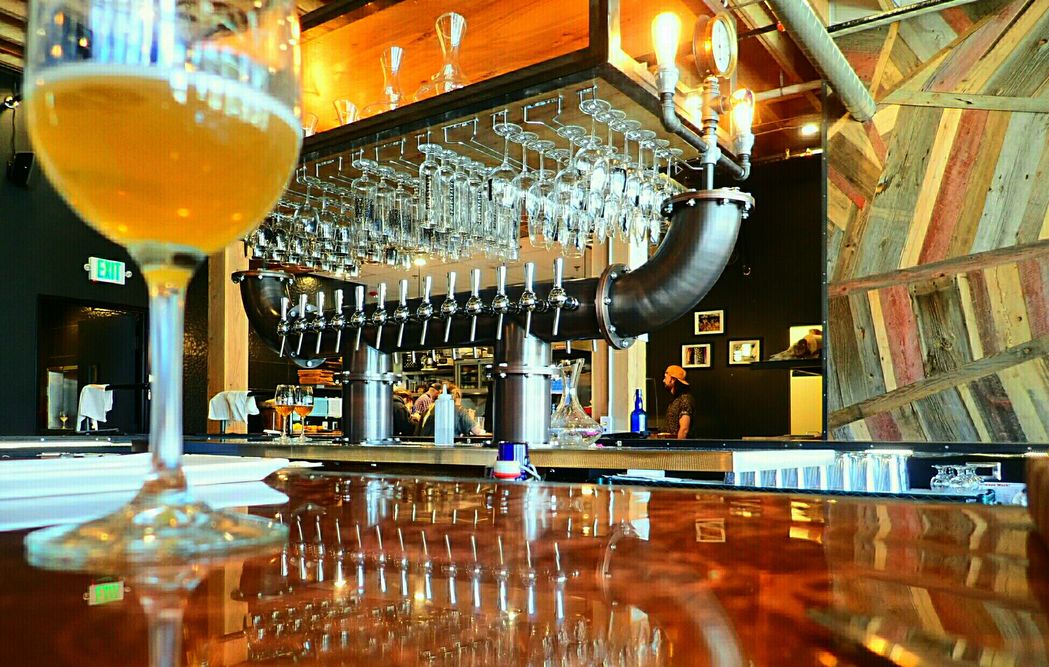 I started writing this article after taking a couple of guys around Denver’s River North (RiNo) District on our all-afternoon Total RiNo Tour. They had come all the way from the Philippines because they heard the beer was good in Denver.

Before we even started our tour, they started firing questions — all of which could be summed up under one key question: “What makes beer so great in Denver?”

My answer can be summed up in three points: (1) Our resources are primarily locally grown; (2) We have favourable legislation; and (3) We’re home to the best beer party around, The Great American Beer Fest.

Denver is spoiled with local resources in a highly agricultural state. Denver water is the best place to start; our water is soft snowmelt, which means Denver brewers have a clean slate to work with when designing their beers. Soft snowmelt is also a rare headstart for a great pilsner, and we do have some epic examples here. Try Dry Dock Brewing, Prost Brewing and Bierstadt Lagerhaus. #localsknow fact: Local brewer Bill Eye should be credited for helping all three of these brewhouses, in that order.

Grain and hops are also grown locally; Coors and Budweiser each contribute massively to their surrounding counties by growing at least some part of their grain demand in Colorado. Some breweries like High Hops in Windsor are even able to produce their own hops, despite the fact that is typically risky so far below the Latitude 48 hop line.

America adopted the three-tier system after prohibition, and one of the worst crimes against local beer began: large breweries were the only ones able to dominate distribution, or the second tier. But some states allow a brewer to also be their own distributor. Colorado allowed me, when I worked for a very small brewery, to sell directly from the brewery to stores and bars, so I didn’t have to work through a large distributor to have access to retail.

In Colorado, small brewers can also be distributors | Photo by Denver Urban Adventures

According to the GABF website, there is a $29.3 million impact on the city of Denver from the 2017 festival. It was a record year of 800 breweries serving about 4,000 beers to 60,000 attendees.This doesn’t even completely grasp the impact of the festival throughout the whole week at the end of September. The best brewers in the city get together for the craziest collaborations they can conjure, to win the attention of the whole country.

Denver took the GABF from Boulder in 1984, because the festival had outgrown the original space. And now, GABF shall never leave Denver because the “unofficial” headquarters is The Falling Rock taphouse, a great American institution where there has always been one rule: “No Crap on Tap!”

Denver’s first brewery was started by current Governor John Hickenlooper. He took a chance with a couple friends and helped save Wynkoop Street by opening Wynkoop Brewing in 1988, Denver’s first craft brewery. They are still making excellent beer and dancing all around the fringes of experimentation. By that, I mean I hate that they beat me to the best beer name of all time, Rocky Mountain Oyster Stout. President Obama even came to play pool here with the governor, in the billiard hall upstairs of the old mercantile building.

If you don’t believe me, come on by and I’ll gladly show you around!

Dive into the trendiest open-air art districts of Colorado as you go behind the scenes to meet some local RiNo artists in their private workshops.